Your kids are beautiful LivLove. I've matched Dustin Broke with several females and his kids (especially the males) are never so cute. Likewise the offspring of my Angela Pleasant usually end up with a large nose (and all her descendants thereafter).
LivLove93

This is Celeste Specter. She is the baby that Pascal Curious was originally pregnant with at the start of the game. Before she was born, Pascal married Nervous Specter (who was recently reunited with his mother, and hence took her last name), who has always been like a father to her and even taught her most of her toddler skills. She also has a baby brother called Oliver, which is biologically Pascal and Nervous's using some help of advanced alien technology

She's one of the cutest alien kids I ever had in game (and that says a lot, as I have loads

), sure she has the tiny alien nose, but other than that, she's so cute

I have that issue with Circe. However, her only daughter with Loki is gorgeous. Just needed a wee bit of help wit those eyebrows. Made Circe have a son with Vidcund and he is gorgeous. He married the alien daughter Loki had and their daughters are gorgeous....except for the damn eyebrows. Had to fix them all lol

Starting with the first pic is, Umual Beaker, Loki and Circe's only child. BTW, how do you pronounce Circe? Surse or Curse?

And Victor Curious, son of Vidcund and Erin Singles getting help from the doc there.

And Tycho Curious, adopted son of Pascal and his ex wife (that I created and is actually the daughter of the Grim Reaper) who cheated on him with Lazlo. He has custom eyes. The name Tycho is from The Sims 2 for PSP. (I forcefully changed it)

Next we have in order; Morty, Belle and Cassie Goth. Morty and Cassie are alien abduction twins from the Bella Goth "townie" and Belle is the child of Bella and Nervous Subject. (I swear the game chose that hair for Cassie! And Belle had to have her eyebrows fixed too...damn weird eyebrows

Guess I'm the only one that DIDN'T put Nervous with Pascal. However Pascal got his heart broken over and over and eventually married Circe out of desperation. They are all dead now. My only original first gen Strangetown Sim left is Olive Spector who is a vampire. (Well Nervous is alive but I consider him younger. I may make him something ageless...like a zombie. And Bella a vampire too)

Neeeext we have Sara, Pascal's original alien child and Jessica his only natural child with his ex wife, Topanga. I've made all of Topanga's (who has pink hair) daughters have pink hair. (She's only had girls other than her adopted son Tycho.) Guess being the daughter of Grim means pink hair!

Next is Benjamin Curious and Liz Grunt. Liz is the daughter of Jill and General Buzz. Benjamin was adopted by Buzz, then taken away, then adopted by Pascal and Circe when they were married. (Basically I did it as proof they were married at all) The game went (is) stupid and doesn't seem to recognize that Jill and Pascal are related...so these two are related...and engaged. But hey, he's adopted, so whatever

Last but not least is Opal and Oden, twins of Johnny and Ophelia. Oden has natural blonde hair but he's rebelling. Opal is much more reserved. They also have a younger sister named Olivia. Also green skinned.
"Oh look, my grandchild is now an elder. They grow up so fast. Gee, I wonder when I'll finally graduate college." Sims 2
LivLove93

First we have David Beaker, son of Circe and Loki, hes handsome besides the eyebrows lol. and the next two are the twins of Pascal and Nervous... The girl looks exactly like Pascal and the boy exactly like Nervous.
Bigsimsfan12

George Riley (second child of Timothy Riley and Cassandra Goth) grows up looking identical to his older brother Harry but with a darker skintone.

Lance Grunt (son of Ripp and Ophelia Nigmos Grunt). His LTW is to be a rock god so I couldn't resist. 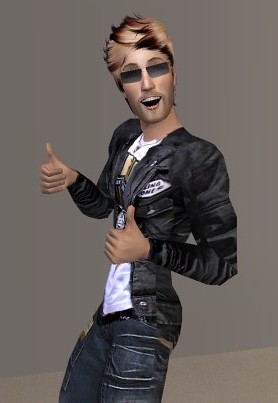 Some pics of the Tinker descendents: Raz, Heidi, and Hadley.

Brett Grunt (son of Buck and Jill Smith Grunt) and Tessa Ramirez made over (she still looks a bit weird, but it was the best I could do) 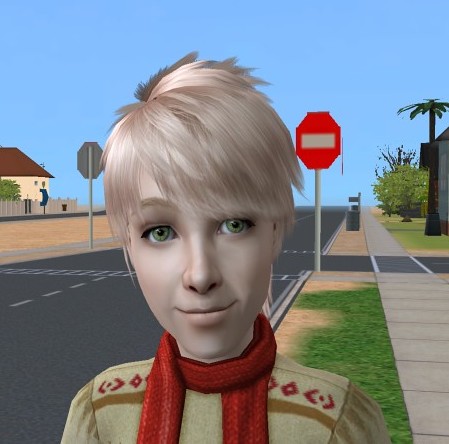 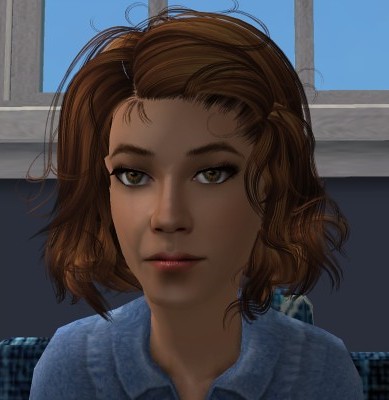 I love to see the odd combinations that pre-made sims will make when they have children so this is my favorite thread. Here we have Venus and Lunaria Newson (daughters of Stella Terrano-Newson and Gallagher Newson. They have her skin color (a default replacement alien tone of blue), but his brown eyes! 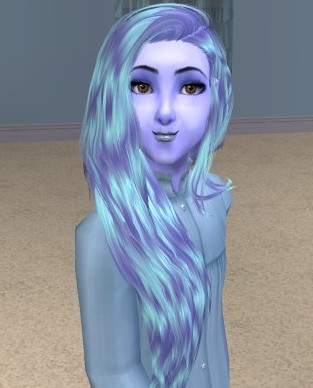 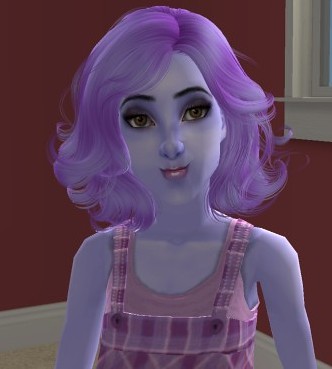 The son of the Picaso family and the daughter of the Ramaswami's. "Oh look, my grandchild is now an elder. They grow up so fast. Gee, I wonder when I'll finally graduate college." Sims 2
DezzyDoesThings

And this would be their daughter and behind her is the grandson of the Gavigan family
"Oh look, my grandchild is now an elder. They grow up so fast. Gee, I wonder when I'll finally graduate college." Sims 2
venusking

I see such a strong resemblance in this one to both her parents, this is Bayleigh Grunt - daughter of Buck and Jill Smith Grunt. 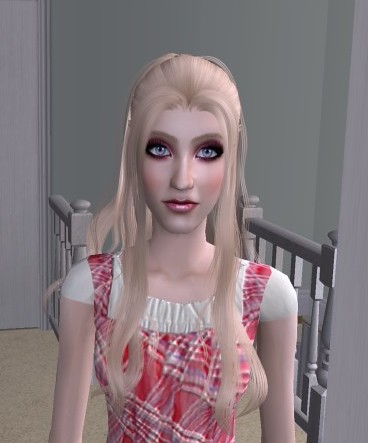 Next up, we have another white-skinned, alien-eyed, redhead just like her brother. This is Galactica, the daughter of Garrett Newson and Terra Smith Newson (Terra was the last child of PT#9 and Jenny Smith). 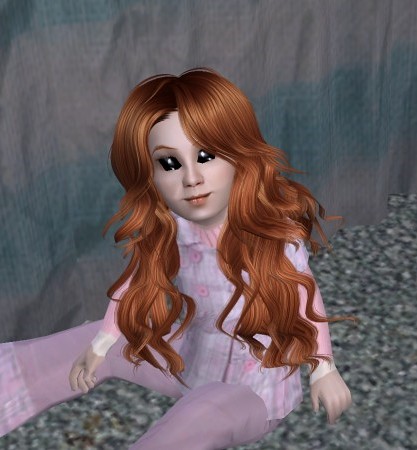 What happens when you mate Julien Cooke and Georgia Newson? A cute little girl named Julia.

I love this thread

Hunk, from Sarah and Danny Critter With her sister Philomena, known as Ferret. The 12 kids of Nina Caliente, with four sets of twins. Some of the boys got her nose, while the girls seem to have inherited a little of the alien genes Nina carries. And out of the twelve, only one of them got her green eyes, and that was the last of the children too!
HaphazardSim

@TigerAnne is Leicester available for download somewhere? I love those cheekbones

@TumaSims He will be up for download at my LJ soonishly. Both of the links in my sig go there. I'm flattered that you're interested.

Just be aware that he's from a Prettacy, and is very odd-looking from the front.
The Starblo0m Travecy! The wurst legracy evar wroted. Now with 100% more Dumbledore.

Oh I don't mind a few interesting genetics, thank you I'll keep a look out for when you upload him

@TigerAnne the link doesn't work for me, I understand if you changed your mind though