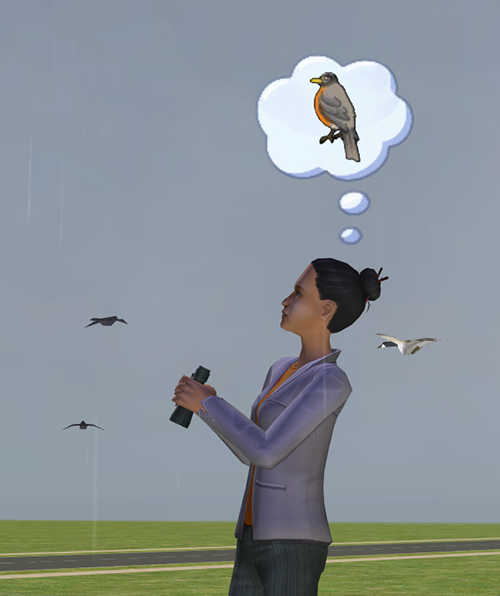 Birdwatching is managed by a controller object. I edited the interaction so that it begins by spawning and activating the effect holder, and deactivates it before the controller goes on to delete itself. The effect used is one of the Freetime neighborhood deco ones. The holder itself now has a 'Main' loop that checks whether it should be deleted, and self-destructs as needed. This seemed to properly happen in my game, but I'd like to really be sure before I share the mod. I guess I'm asking for the Sims equivalent of a code review, haha.

* : I ticked the 'Teen' flag. but it doesn't seem to have enabled the interaction for them.
I'm http://crispsandkerosene.tumblr.com/ on tumblr, admittedly not very active on MTS.
Advertisement
HugeLunatic

The effect worked in my game.  It was so high up I thought it wasn't working at first. :p

Very cool! This was a feature that was shown in some of the pre-release promotional images for Freetime, but when we got the game it wasn't in there. I'll try it out when I boot my full game next! 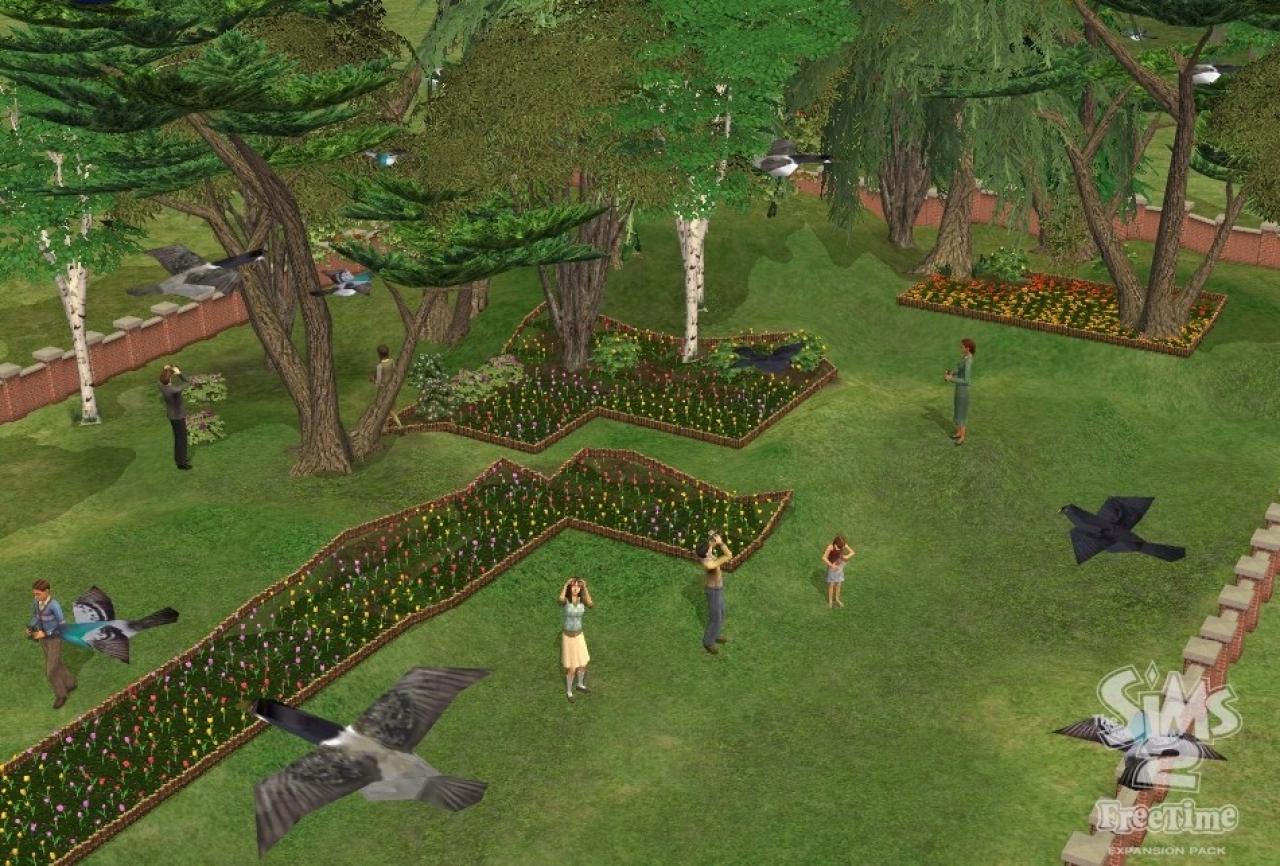 why is this under creator feedback forum, where you usually on find WIP, (Work-In-Progress), mods?
Azelanne

Ohh! I remembered seeing that too, though I wasn't sure where. Thank you for clarifying haha.

I posted here because I want feedback, obviously.

I'm not super experienced making this kind of mod, so I want to make sure I did it properly.
I'm http://crispsandkerosene.tumblr.com/ on tumblr, admittedly not very active on MTS.
HugeLunatic

Since enabling via the ttab doesn't work for teens, I wonder if it can be forced via the bhavs using an age check?  Before the FT patch I remember there was a snafu with this hobby and teens, memories? hrm, I'll have to find it!  Either way it's cook and staying in my downloads.

Well Teens can't do birdwatch anyway, maybe that is why you can't make it work
Meduza

I bumped into an error when my Sim started watching birds on a steep slope.

Ah, I just got this error too, with Pascal Curious on the Curious lot.

He was trying to birdwatch.
I will choose a path that's clear- I will choose free will
-RUSH- -RADIO- -EON- -ARCHIVES-
Simpeople and Me Archive- -11Dots Archive- My Sims World Archive
Nopke

@Azelanne @Meduza @simsample
One day I fixed that mod and made some technical changes: CandK_BirdwatchEffect. And then I forgot about it until today.
Discord | Latest updates of my mods
simsample

Oof, I completely forgot about it as well! Thank you for fixing it Nopke.
I'm http://crispsandkerosene.tumblr.com/ on tumblr, admittedly not very active on MTS.
Meduza

So, I've been testing it for a week now and I've noticed that the birds keep flying several hours after the action is finished.
Simblr
Azelanne

My guess is that the sim's interaction might end without notifying the effect holder, which means it'll keep iddling for a long while before deleting itself. I'll try reducing for how long it can 'live' on its own. Do you remember whether it only happened in specific situations, for example when a sim dropped the interaction to go to work?

I'm still wondering how to enable this interaction for teens. I imagine it has a guardian function hidden somewhere in the person or ground pie menues?

Quote:
So, I've done some testing today.
For the record, I'm not on UC, but I do have all EPs/SPs installed. I also downloaded Nopke's modification of your mod.
The first sim day (it's a newly created test neighborhood) I cancelled the interaction with birds stopping flying withing 2-3 sim minutes. Then I tried to make them cancel the action themselves and it did the same. No problem.
Then I added two more sims, an adult and a teen. The teen still couldn't do the action, I confirm. The second adult joined the first one and they watched birds together for several sim hours. Then one sim dropped the action himself and the second one followed - and from here the birds kept flying for the whole second day. I tried redoing the action with one sim, then with another, and then together - nothing made the birds stop flying. BUT, I noticed that the sims had very low needs and refused to do the action as directed. I then used the maxmotives cheat, made them do the action again - and the birds wanished. Looks like it has something to do with their needs or if the action is dropped because of low needs.
Sorry if it was too long!
And to answer your question - no, I think the height is just right. But If you can make the spawner a little closer to the lot that would be nice as most of the birds tend to fly in the opposite direction from the sim and spawn a bit far away from the lot (I made a screenshot to illustrate it).

Edit: I tried to remake sims drop the action because of low needs and birds disappeared as intended. Sooo...
And then I directed both adult sims do the action together, one dropped just because, the other followed and the birds were stuck again. When I made sims redo the action it seems like the birds were spawned twice? There were too many of them (it can be seen on the second screenshot). Looks like no particular pattern other than sims dropping action to do other not important stuff.
Simblr
Nopke

I've completely rewritten this mod, in order to:Download: simNopke-birdwatchingBirdEffects
I haven't tried to enable the birdwatching interaction for teens yet.
@Azelanne
Discord | Latest updates of my mods
Azelanne

Oof, sorry for not checking back on this thread. ADD is killing me these days :x Thank you so much for your help, Nopke! You should probably be the one to publish it at this point.

Turns out a teen birdwatch fix had been done by Jase439 on the old Simbology forums. The files are available here. I've not verified yet if the two mods need to be merged.
I'm http://crispsandkerosene.tumblr.com/ on tumblr, admittedly not very active on MTS.
Izenvy

@Azelanne @Nopke Look at all the little buddies I spotted while birdwatching with my test sim! That's so cool! 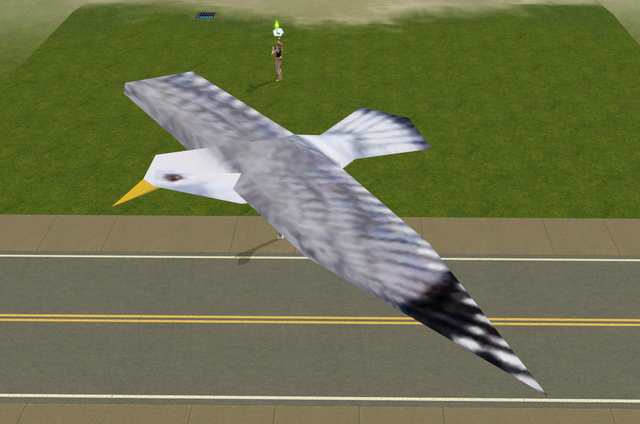 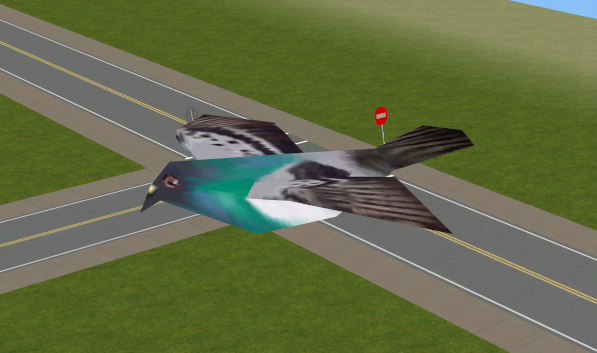 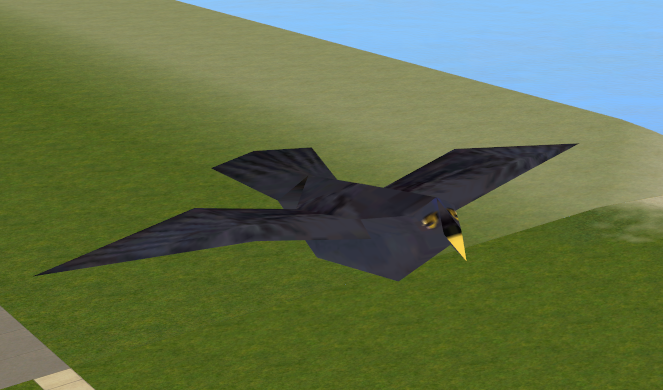 I also love how all the birds are now scattered around the sky, it's more realistic.
Last thing left - test the teen birdwatch mod. I read the readme file, so the animations will surely be off but we'll see.

EDIT: unfortunately the teen birdwatch mod didn't work for me (I tried both regular and autonomous versions). The pie menu simply wasn't there so I couldn't direct my teen to go birdwatch...
Simblr
Back to top