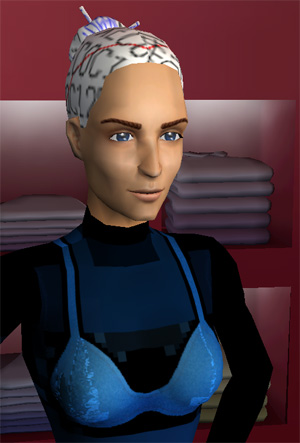 If you are getting a problem that looks like the picture at right, your problem is definitely related to default replacements. If your faces look fine but hair/scalps are white with writing, and bodies have black gloves or are otherwise patchy, strange, with blocks of colour, or a solid colour, this is your problem.

The easiest solution is to go back to where you got the default replacement file(s) and download the non-default set. That should fix the problem. Or, if you no longer want that default or don't know where you got the file from, see below under Finding Default Replacements to find out how to remove them. 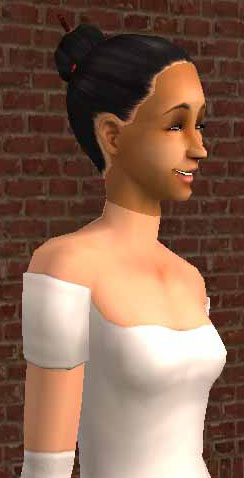 If you are getting a problem that looks like this picture, your problem is probably one of the following:

If your problem is caused by a default replacement skintone and you would like to find it in your downloads to remove it, here's how: