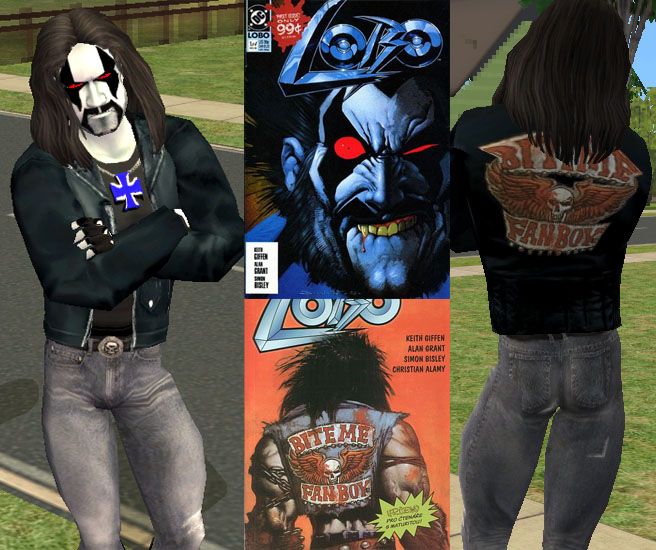 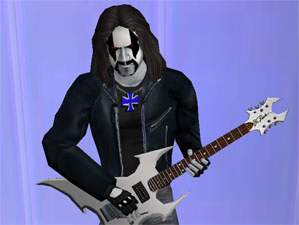 88 Thanks  Thanks     10 Favourited
Hey People, here i bring ya all my first try on a Sim-creation.
This is Lobo from DC Comics.
For i am pretty new to this game and anything to do with it i guess its not the best one can do, but i like it very much and thought there might be some more Big Bo fans out there.

Big Bos Background
Born and raised on far planet Czarnia, Lobo soon became a real desaster to his homeplanet. He killed the population (using selfmade genetic engineerd insects) for one simple reason: He wanted to be unique!
In his later life he made himself a name as a galctic bountyhunter, claiming for himself never to loose track once he "smelled" his prey. Unlucky for him he almost never gets paid his bounty, for he usually kills his prey "by accident" in manors, that make it impossible to identfy them anymore.

His Favourite Music is "Frag Metal", he even forced a doc to implant a radio right into his brain, tuned in on his favourite metal station. Unnecessary to say that this radiostation enountered severe problems as the changed their program to country and folk ...

His Favourite Meal is ... a sixpack ... sometimes with half a dozen burgers for garment.

So here ya go, hope someone likes it

Additional Credits:
Credits go out to:

muppet112 for his Alice Cooper Face which i edited for Makeup
djmur91 from insimenator.net for his perfectly fitting hair
joebart622 for his damn good Zombie skintone
marvine for the muscles on her bodybuilder mesh


These recolours may or may not be endorsed by BigShowSavas.