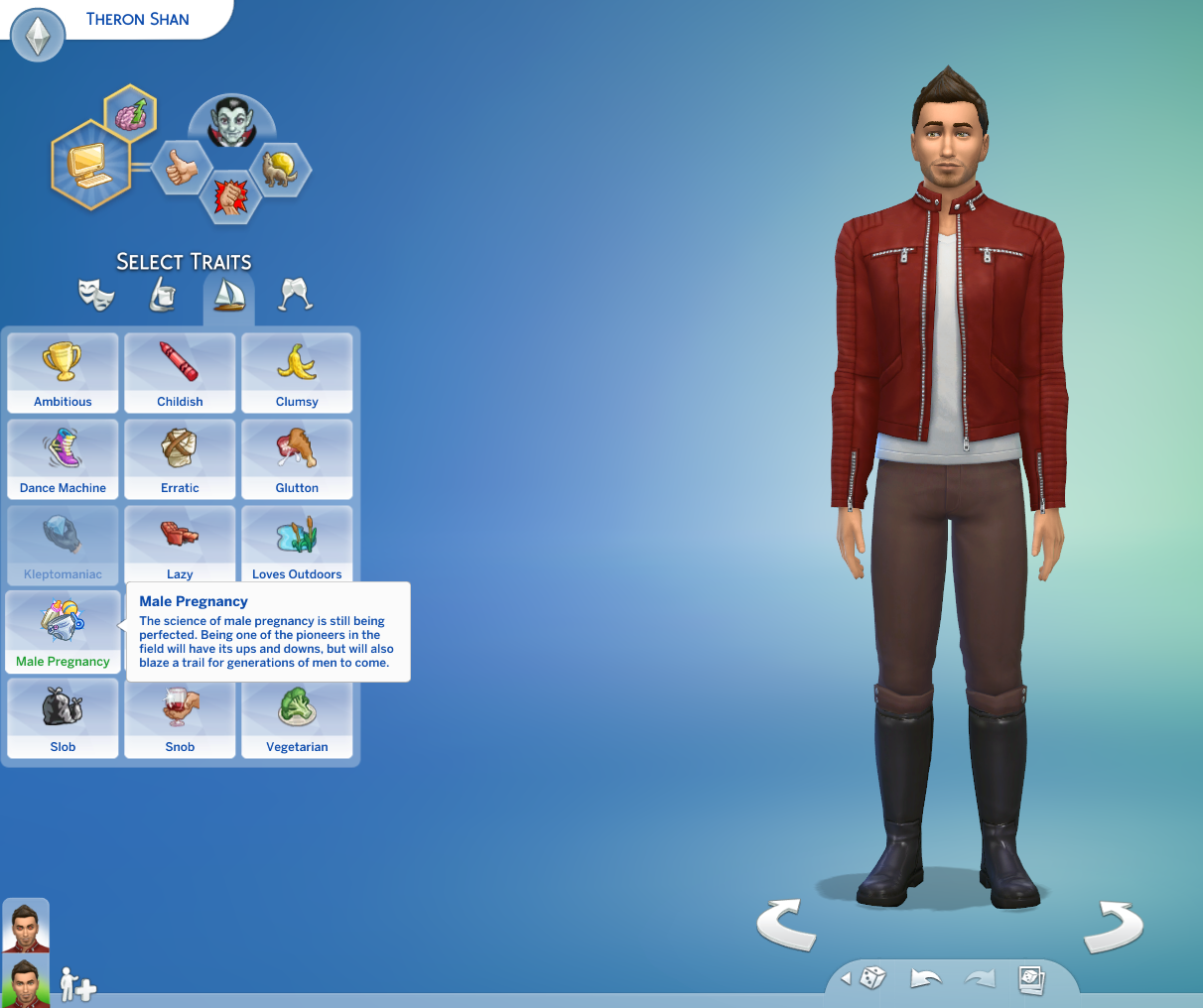 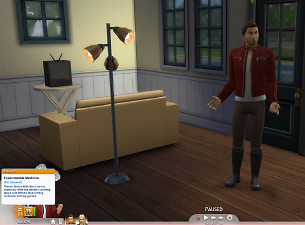 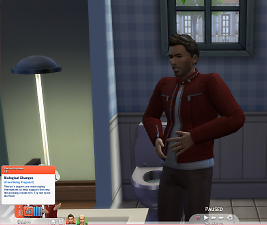 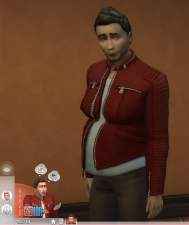 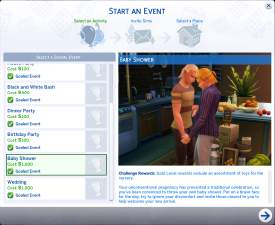 160 Thanks  Thanks     66 Favourited
I've always felt the male pregnancy experience in the Sims 4 could be improved so this is my attempt at making the gameplay a little more challenging and unique. I've approached it from the standpoint of an advanced medical procedure that a male Sim has chosen to undergo. While the trait is called Male Pregnancy, I've done my best to make it transgender friendly. Rather than using male/female as my test condition, I'm using pee standing up/can be impregnated, although many of the moodlets use he/him as pronouns. These must be set in CAS (can be impregnated/use toilet standing) in order for the trait to work. It comes in two different versions:
Only one of the files is required, so choose the version that best suits you. I do not intend to re-create this trait for women.

Available for Teens though Adult, Sims with the Male Pregnancy trait will:

Along with its own friendly interaction called Rave about Medical Advancements, Male Pregnancy features a custom Baby Shower event. Its main goal is Invite to Feel Baby, so it is recommended not to attempt it prior to the second or third trimester. Along with the required Host role, a Caterer must also be hired. The event has a 5 Guest minimum; the Sim's Partner can electively be invited to serve as a secondary Host or simply attend as a Guest (or not at all, it's up to you!).

The trait also comes with a whim set, which includes:

Recommended Mods
Havem's Longer Pregnancy (I use THELONGESTPOSSIBLE because I am a masochist) or Wicked Whims (set the duration to 132 days for the longest duration). You probably won’t be able to experience everything the trait has to offer with base-game duration pregnancy
Uncomfortable Overhaul from roBurky or Uncomfortable Changes from Zerbu (bring the pain). Since these two mods use "Uncomfortable" to amplify other negative emotions, and I use Uncomfortable as one of my base moods during pregnancy, either of these mods are a perfect fit

Additional Credits:
Zerbu for creating Mod Constructor v4
Sims 4 Studio
Andrew's Studio Pose Player, Scumbumbo's Teleport Any Sim and iWikedSimblr for the pose for my Baby Shower event
Havem for discussing integration of their mod with mine; we decided against it because there was no way to restrict just for men, it's all or nothing with pregnancy
Kutto who listened to me gripe, helped me work through some of my issues with MC4 and provided the overlay code for my planned tattoo update

Updates
03/28/19: Identified via LE submission (thanks Onyxangel) a conflict with “Be Funny” interactions. The “Dad Jokes” moodlet has been updated to be occasional, rather than relying on specific social interactions to trigger.
05/15/19: Removed Food Poisoning commodity attached to Upset Stomach moodlet. There should no longer be pop-ups regarding eating at a restaurant. Thank you indecisiversimmer & Linriel for bringing this to my attention.
12/30/19: Updated for Discover University. Added broadcasters, more moodlets and a custom Event.
01/16/20: Due to patch changes, updated custom Event to continue to function on residential lots.
11/17/20: Updated Extreme Anatomy version only (for the moment) for patch 1.68, which broke custom traits. HOWEVER, please note! As per Zerbu: "The issue is due to the UI not understanding 64-bit trait IDs, and the solution is to use 32-bit IDs instead. Unfortunately, this has the side effect of breaking compatibility with existing saved games and saved Sims in your library. If you already have Sims with custom traits, they will lose them and you’ll have to re-apply them. There’s nothing I can do to fix this." In other words, because I made the original trait with Mod Constructor which was using 64-bit trait IDs, there may be issues with any saved games you had using my custom traits and the fix is to re-add the trait to the Sim(s) using it, now that the updated version is using 32-bit IDs.
01/12/21: Both versions of the trait are now up-to-date for patch 1.68.
07/24/21: Both versions of the trait are now up-to-date for patch 1.77.

Need more information?
Back to download view
76 Comments / Replies (Who?)