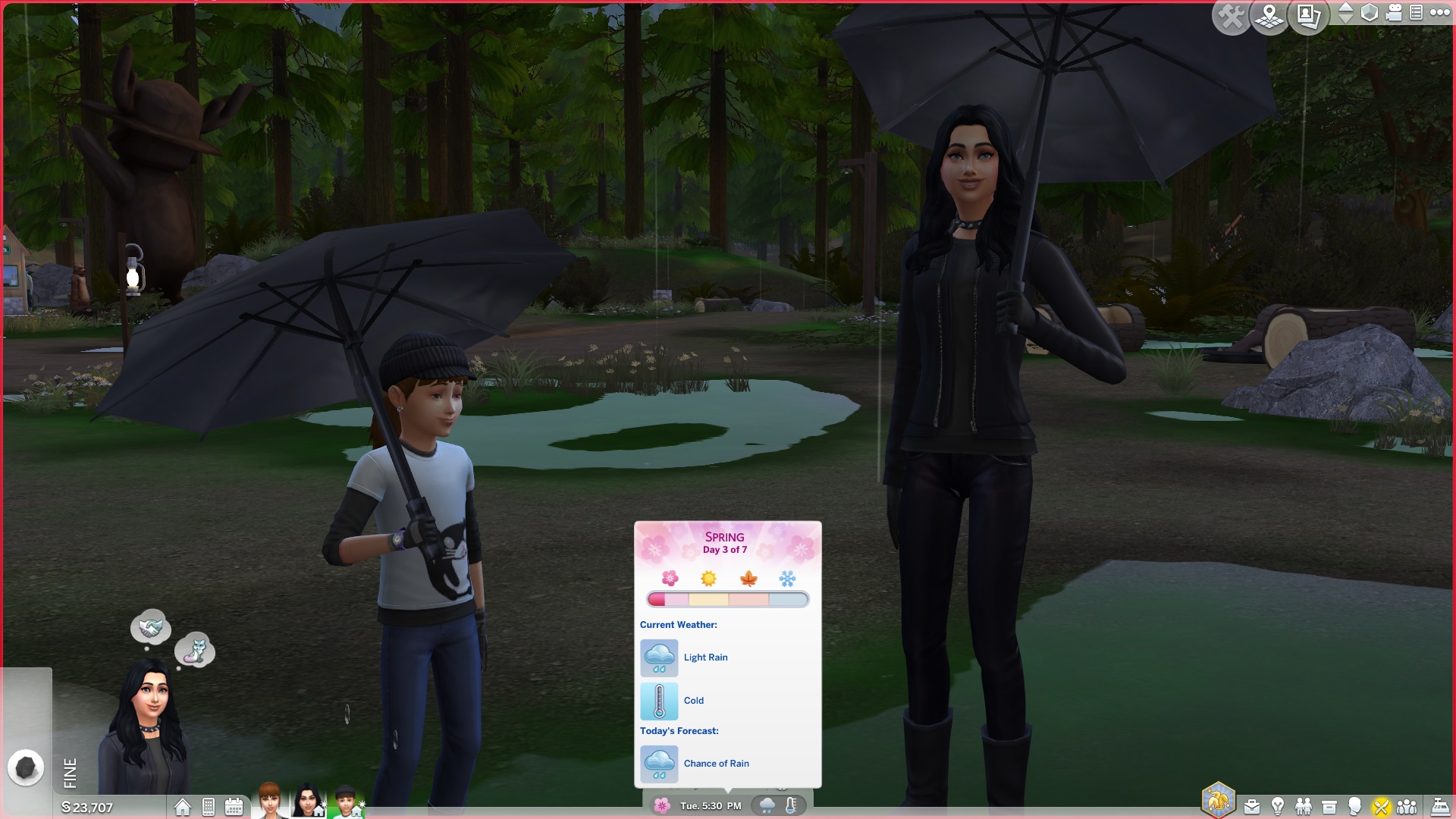 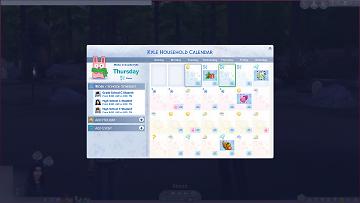 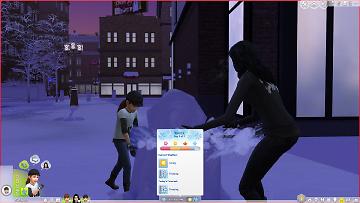 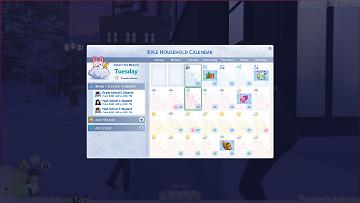 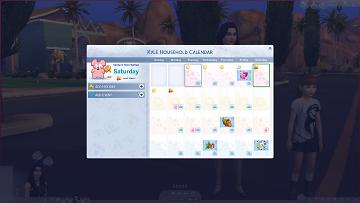 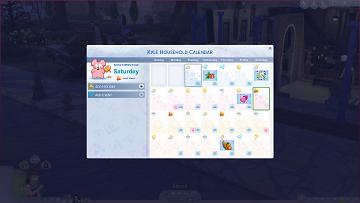 Alternative version has windenburg weather for Willow creek and newcrest.

Seasons was a great expansion for the sims 4, and one feature that was very fun was the unique weather and temperatures for each world. EA did a pretty good job giving some worlds unique weather (like Windenburg), however they didn't go far enough, and unfortunately some places feel to samey with only slight changes. Another disappointment is that EA made thunderstorms almost exclusively in Summer, which is a shame because they are done well and could potentially work in other seasons.

Indilwen posted a great mod called Arctic and True Desert Weather which can be found here http://www.modthesims.info/download.php?t=615376. While her mod is awesome, and inspired me to make this mod here, the author of that mod made the same weather type for all seasons (i.e. either freezing and snowy all year long or hot and burning all year long). This mod aims to improve the weather of all seasons for all worlds by changing the type of weather and temperature that can occur in each season (early, mid, and, late). It also alters the weight of all the various weather and temperature for each seasons so certain weathers are more likely to appear on some seasons, and other weathers won't appear at all.

This mod changes the weather and temperature for every world in the sims 4 to make it more distinct and unique.

Willow Creek Willow creek is near a swamp and like Louisiana, so the weather is hotter with little to no snow. In spring it gets hotter quickly and it stays slightly hotter in fall with chance of rainstorms early on.)

Oasis Spring Weather is hotter throughout. Chance of sunny and hot days in all seasons (except mid-winter) and temperature can reach burning in late spring and early-mid fall.

San Myshuno Weather is a mix between New York and San Fransisco. Very cold weather in late fall, winter, and early spring. Lots of cold and cool rain and potential thunderstorms in spring. Little rain in summer with no rain in mid-late summer

Windenburg Weather is generally colder with blizzards possible throughout early and late winter and some snow probable in early spring. Summer has no more chance of burning weather and fall starts off warm and cool, but becomes cool and cold later on with wind.

Brindleton Bay Still rainy throughout with rain storms in spring and summer, but now more chance of cool or cold rain and windy days (except in summer). Less sunny days and more likely to have cloudy or partly cloudy days. Late fall and early spring have higher chance of possible snow, and are colder.

Forgotten Hollow Weather is significantly colder than before. Summer is warm or cool with possible hot days except mid summer where hot days are just as likely. Fall is equally cool and cold and gets colder with chance of snow in mid and late fall and lots of cold rainstorms. Winter is freezing, and snow is likely, but less blizzards and guaranteed snow than Windenburg, Brindleton bay, and similar worlds. Spring has small chance of snow, and has potential freezing weather up until mid spring and more cold thunderstorms. Gets mostly cool and warm by late spring. Finally, there is a greater chance of clouds or partly cloudy than sun in all seasons,

Granite Falls Now it is more of a snow escape. Summer is warm or hot with sunny days. Fall is mostly cool until late fall where snow is likely to be seen. Winter has lots of snow with potential blizzards throughout. Spring starts off with snow which dies down and ends by late spring.

Selvadorada Weather has changed based on jungle climate. Least amount of rain in winter and mid spring. Rain starts to pick up in late spring and increases during summer (although those days will usually be burning until late summer where rain is really likely) In early and mid fall, there will be the most amount of rain, as the frequency of hot days decreases. Also burning temperatures are possible from mid spring all the way to early fall (much more likely in summer) and thunderstorms are now possible from late spring to mid fall.

Newcrest slightly less rainy in spring with very low chance of thunderstorm in early spring and hot days in late spring. Thunderstorms less likely in summer (happens more in late summer) and burning weather as likely as hot weather only in mid summer. Fall has slightly less rain, more chance for cloudy days and very small chance for thunderstorms in late fall. Winter is the same except half as likely for blizzards in late winter

Del Sol Valley Weather is similar to California between a mix of Los Angeles and San Jose. It is really hot during Mid summer to Early Falls with a higher chance of burning weather in July and August (Mid and late summer). During mid fall and late fall the weather generally says warm, with cooler days by the end of fall and a very small chance of rain. In the winter, the days are mostly cold and cool, with some chance of warm days, and there is potential for rain (although not too much). Only mid Spring has a chance for thunderstorms.

Sulani Since Sulani is based of the Polynesian islands, I based the weather somewhat of Tahiti. The best time to visit is Mid summer to early fall, as there is no rainfall and the temperature is nice mostly warm with some hot days). (There should be some rain, but I wanted to guarantee some months where there is no rain for beach fun.) Winter is hotter and super wet (since it is a southern climate) with huge chances of rain or monsoons (biggest chance during early winter) As winter progresses, the days get hotter and rain slightly decreases. Early and Mid spring are the hottest days with chance for burning temperatures, but the weather starts to cool off towards warm and hot by the end of spring.

Strangeville Weather is hotter throughout like Oasis Springs. Chance of sunny and hot days in all seasons (except mid-winter) and temperature can reach burning in late spring and early-mid fall. Also chance of random weather in winter as well since the town is... strange

Britechester Weather remains mostly the same with slight changes. Toned down cloudy days so that you can see other weather more often. Added chance for windy days in spring, fall and winter since Britain has a lot of offshore wind farm. Finally added a small chance to have guaranteed snow in winter (no blizzards though).
mount komorebi Mostly the same, added slightly more possible snow in late fall and less warm temperature. Also decreased chance of thunderstorms since the mod makes chance of thunderstorm into real thunderstorms.
Henford Upon Bagley More chance of cloudy weather instead of just partly cloudy throughout spring and fall, slightly less thunderstorms in spring and fall (very slight), and slight increase of snow in winter. Weather now has more chance for cool and cold temperatures in early-mid spring and cool temperatures in early-mid fall.

If you don't like the weather or think that something is wrong you can fix it with a few cheats.
first enter testingcheats on
then enter
seasons.set_season X
Change X to 0 for summer, 1 for fall, 2 for winter, or 3 for spring.
this allows you to reset the weather patterns (just change to a different seasons and change back and the weather will be different)

Another cheat that helps is weather.request_forecast (1-28) where the number you enter shows you the forecast for that many days.
Don't worry the moment you travel to a new place you no longer see the forecast for the entire calendar

Additional Credits:
http://kijiko-catfood.com/ For the sims skin
http://modthesims.info/download.php?t=534331 Heliantheas super bland comic eyes default (updated by me but not released)
http://www.modthesims.info/download.php?t=615376 The original mod that inspired mine.
https://simlaughlove.tumblr.com/downloads For the hair (it is simple ponytail bangs)
Files Need help with downloading or installing content? Click here!