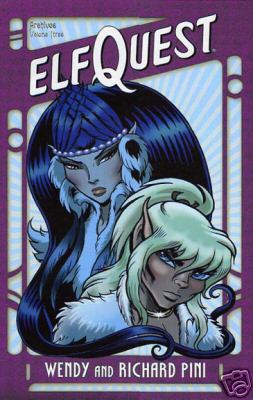 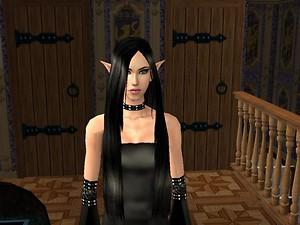 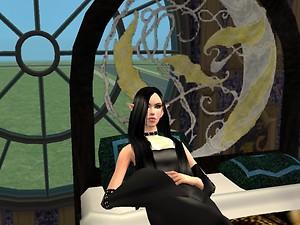 I am an Elfquest fan and have tried to recreate this incredible villainess.
I did fall short of the goal, but I like this sim anyway and learned a great deal about recoloring and alphas, etc. Purists will complain her ears shouldn't show becuase of the headdress she wears in the comic. I tried mightly to make that headdress but I am no mesher and only fair at best with recolors. So elven ears it was.

If you care to see the original in her glory and other great characters from the comic
got to go to http://www.elfquest.com/

She mostly comes with everything you need for her except the ears and everyday dress.

Hair: by the one and only, Plicka, of course on MTS2 http://www.modthesims2.com/showthread.php?t=95533

The dress she is wearing with the spiderwebs isn't included but for
fun I did include a formal I recolored You will have to have nightlife for this reason or use the Sim2pack clean installer.


If you want the dress it's TSR and its pay

Hope u like and I hope to get some expert help to make some of the other
great Elfquest characters.