Memories of the Golden Years 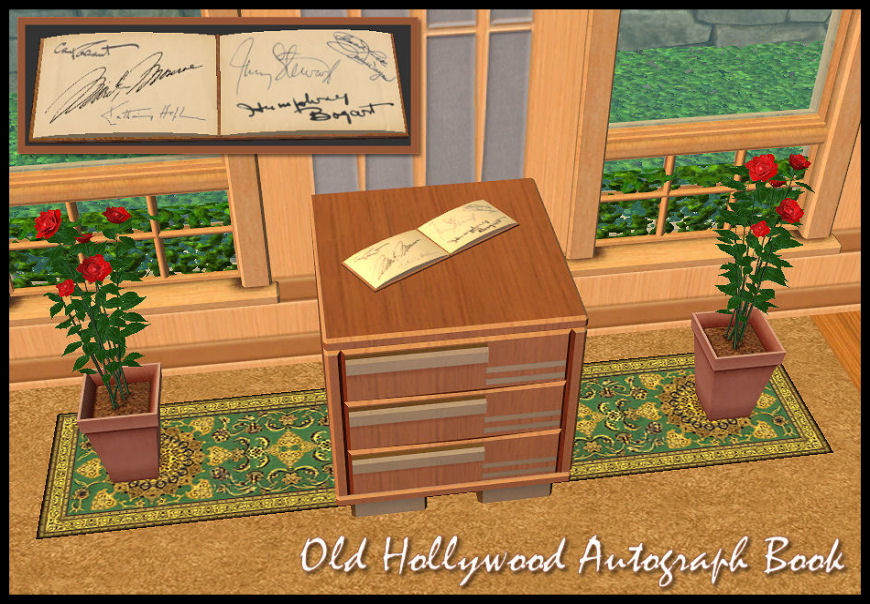 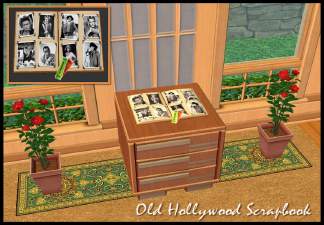 1,780 Downloads Quick download 226 Thanks  Thanks 16 Favourited 16,042 Views
This download is part of the Old Hollywood Creator Challenge

One day, an elderly Sim finally popped his clogs. Little did anybody know of the memories he had kept with him for all those years hidden up in his attic waiting to be inherited by the next generation.

All those memories of the golden years of Hollywood have been preserved in the leather autograph book and scrapbook.

Please be advised that you will need at least the Nightlife EP as they were made with all the expansion packs (inc. BV + CEP 7) and stuff packs installed.

Both of the objects were cloned from the Musee Public "Collection Sculpture".

Additional Credits:
To the makers of SimPE and CEP. Thank you!

Description: Those memories of the golden years of Hollywood have not faded away as they have been preserved in this treasured leather autograph book that was found in an elderly sim's loft some years ago after he passed. The autographees are Cary Grant, Marilyn Monroe, Katharine Hepburn, James Stewart, John Wayne and Humphrey Bogart.

Description: Those memories of the golden years of Hollywood have been preserved in this treasured leather Scrapbook that was found in an elderly sim's loft some years after he passed. The photographs are of James Dean, Marilyn Monroe, Audrey Hepburn, Humphrey Bogart, John Wayne, Cary Grant, Grace Kelly and James Stewart.

Thanks for downloading and playing with my items ingame.

Everything can be recoloured freely, but please don't modify any new mesh that I make without my permission.

Recolours may only be uploaded to MTS2. Kudos to MTS2 for keeping this site free! :) Please don't submit anything of mine or any recolours to any subscription sites or paysites or to the exchange. When submitting recolours, or if you are uploading any of my items in a lot, please don't include the mesh in your upload, only include a link.