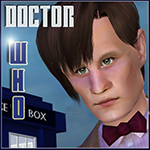 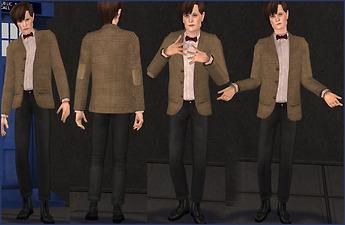 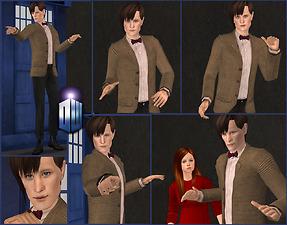 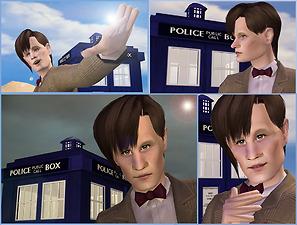 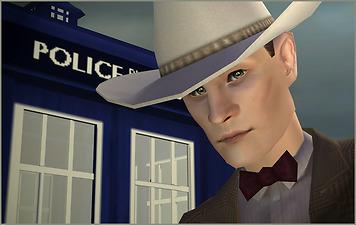 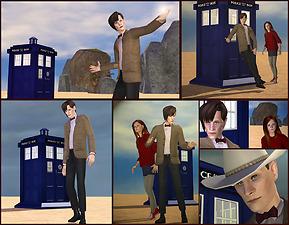 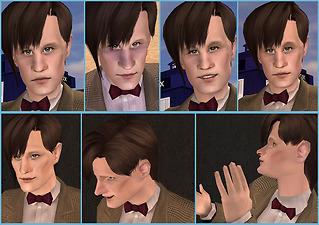 5,577 Downloads 317 Thanks  Thanks 89 Favourited 60,632 Views
Picked Upload!   This is a picked upload! It showcases some of the best talent and creativity available on MTS and in the community.
Personal Picked Upload! This is a personal favourite of the creator! 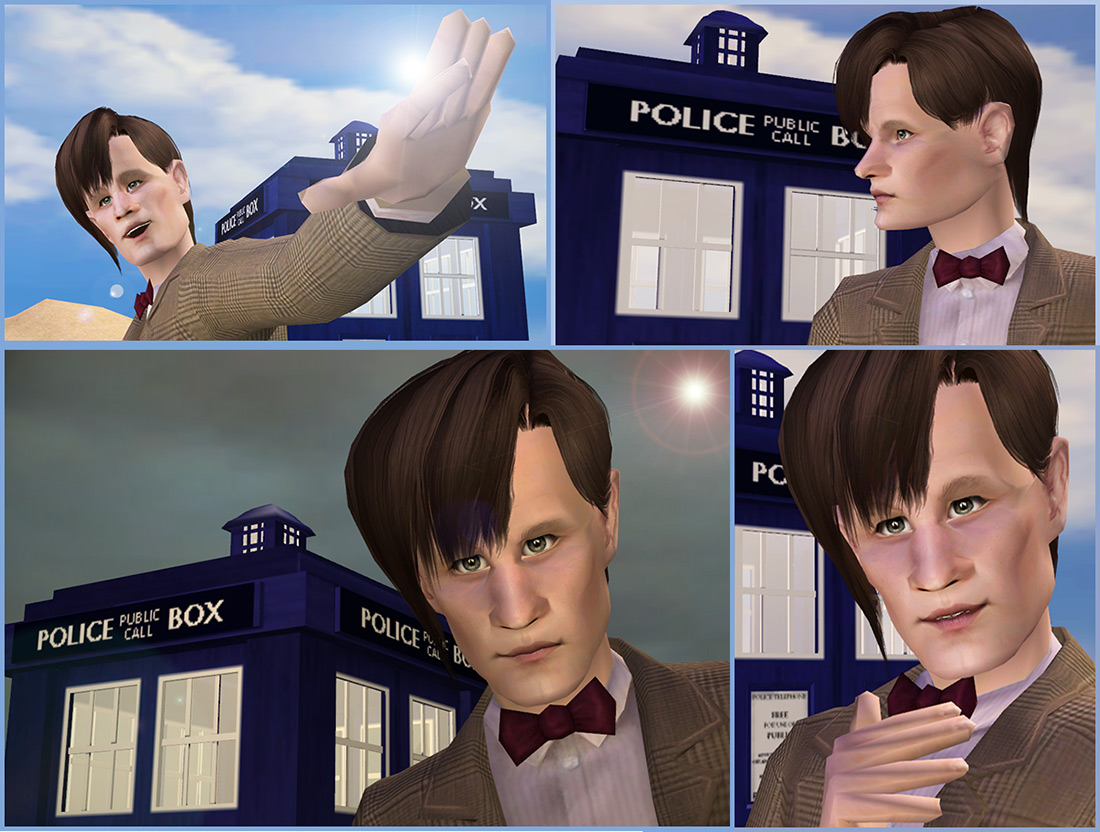 You all know how much I love simming somewhat unusual faces...add that to my love for Doctor Who, and the sim of the Eleventh Doctor had to happen sooner or later

In all honesty though, I never actually thought I'd do it, because I kept seeing people saying about how it would be difficult for a sim to convey his features well. But whenever I would watch a new episode, a tiny simmer in me would start poking me to try...so I did (obviously). And lemme tell ya, it's just as tough as I thought it would be. You have no idea how many times I thought I was done, took in-game close-ups only to realize there's more tweaking to be done. It's kind of pathetic, really.

After some hair-pulling, and with gracious help and encouragement from the lovely Creator Feedback Forum peeps - especially Nekonyami and mrcfreak54 - I finally finished my sim

I do hope you like my version of him, I always get a bit nervous when uploading a sim of a character I really, really like and knowing lots of other simmers do too - I try my best to do the character (and the actor) justice, so hopefully my fellow Whovian simmers will not throw any socks, plates, and/or sonic screwdrivers at me :P 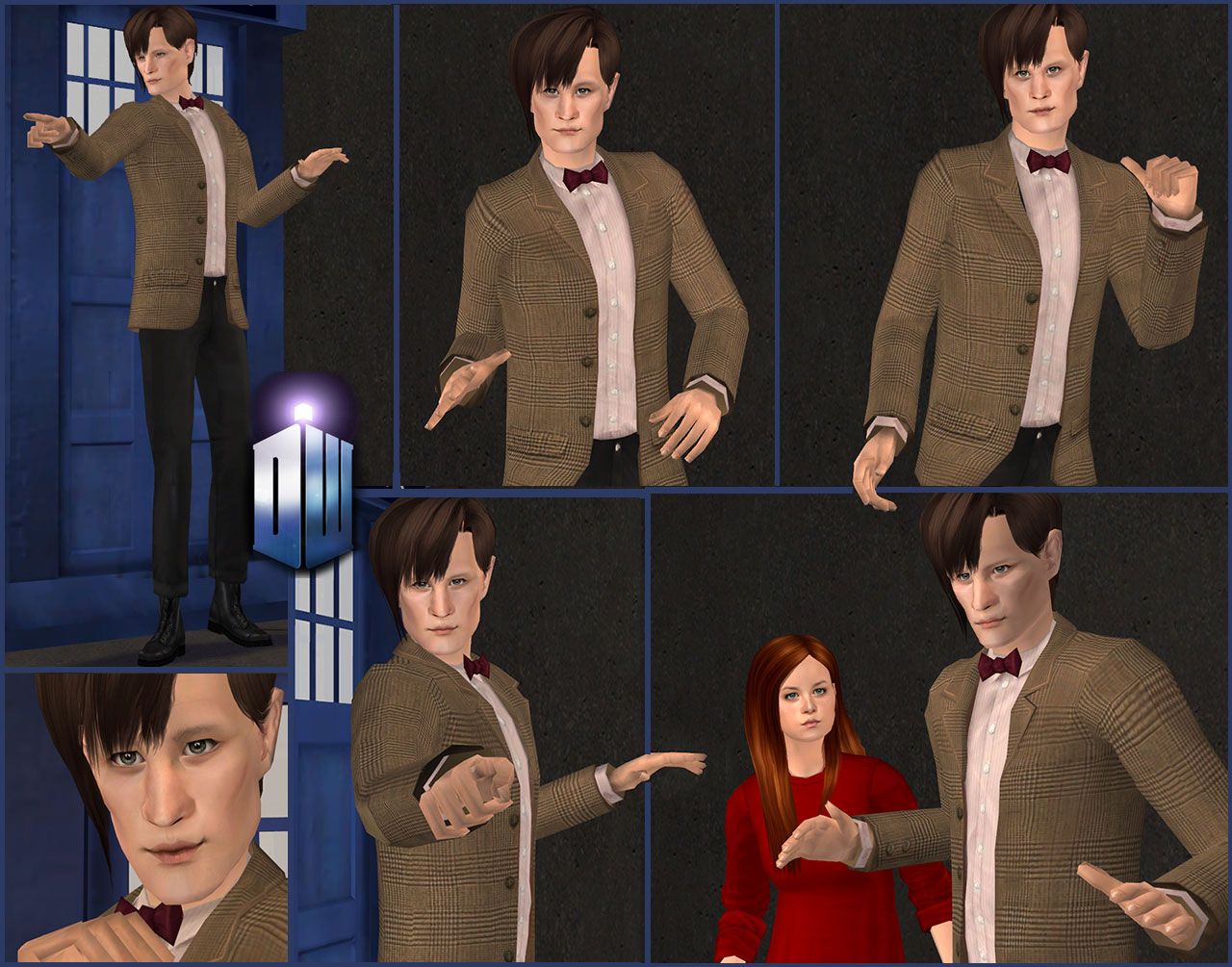 The hair: For the hair to show up properly, you need the awesome mesh by Lunar Eclipse - find it here . You need to download the "EclipseMTS2-MiguelLavariel_FullSim.rar" file. The texture is all by Lunar Eclipse, all I did was recolor it just a tiny bit. Perhaps the hair is a tad too puffy-looking, but it's pretty and works nicely, I think

You can now get Eleven's hair converted from DW game, here

The outfit: The outfit is by me and the polycount is 2436, pretty much like any standard Maxis suit. I tried to make it match the original as much as possible. I might make the version without the coat, when I recover from making this sim.

The face: I dunno if you could call that cheating, but the Doctor's face has been modified quite a bit in Milkshape after I did everything I could in BS, because, well...ya can't make those ears in Bodyshop

All ages and both genders have been modified as well. 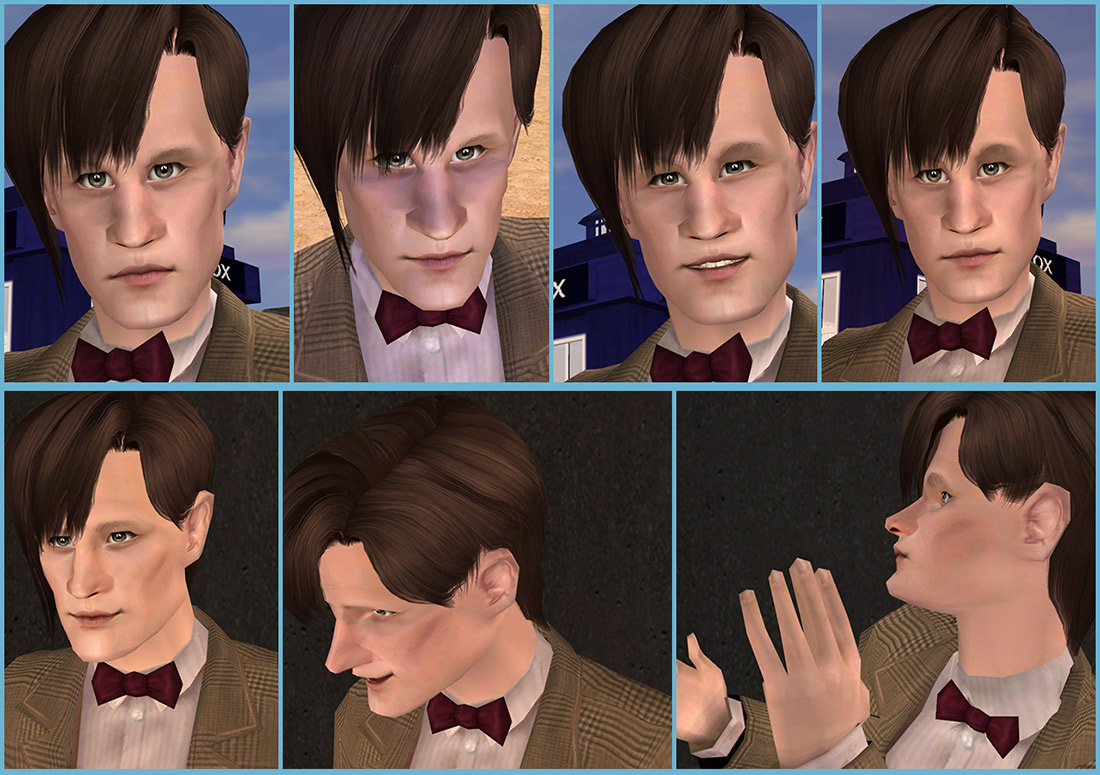 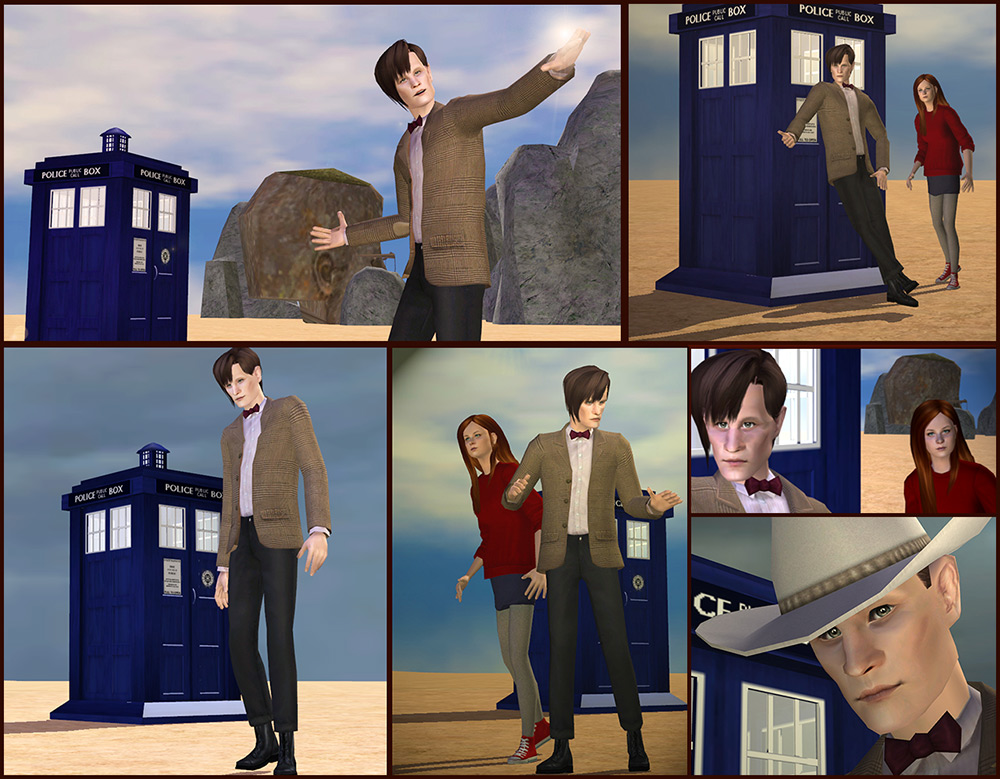 As you can see, I had loads of fun taking pictures

I went a bit overboard and made a whole new posebox just for these photoshoots. There are more pics attached, so please check them out (oh the four-inline-pictures-limitation rule, how I sometimes wish you weren't needed). I hope you will also have fun playing with the Doctor sim and taking pictures!

Please see the list below for the links and credits for all the awesome CC used in my pictures.

- Tardis by Maylin
- Sky by Danicast
- Cowboy hat is by Fanseelamb
- Amy's hair by Nouk
- Amy's outfit is by Sentate
- The wall and floor is by Pixelhate
- Special thanks to Needlecream whose skintone I've edited to suit The Doctor better.

This download requires one or more meshes to work properly. Please check the Description tab for information about the meshes needed, then download them below:
Also Thanked - Users who thanked this download also thanked:
Billie Eilish Sim
by sims2ultralover5
Alli
by cherbear
[3to2] Hiro Hamada (Big Hero 6)
by WatermelonSandal
Game of Thrones: Jon Snow (Kit Harington)
by Vulrien
Princess Zelda - Sim, dress, and hair
by GnatGoSplat
Game of Thrones: Daenerys Targaryen (Emilia Clarke)
by Vulrien
Arthenna
by Dragonflysparkles
Jayanti
by AdeLanaSP
"Sissi - Die junge Kaiserin" - Romy Schneider
by AdeLanaSP
Aisha [with new hair and clothes!]
by agustin
Packs Needed
None, this is Sims 2 base game compatible!
Tags