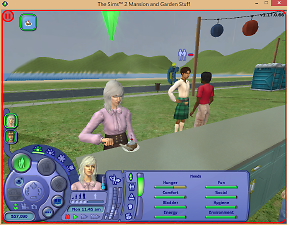 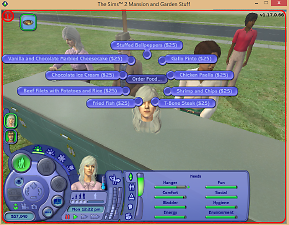 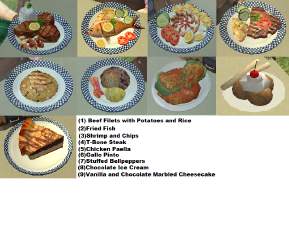 files_in_folder.png - width=615 height=305
Make a folder for the food stand and make sure to have these files in it. Or jump bugs will happen.

ice_cream_chills_sim_fixed.png - width=805 height=631
Showing ice cream having an effect on a sim's temperature

LaCasaDeLosSabores_menu.png - width=811 height=631
Menu as seen in the game

I'm back with another food stand, this one is more based on any Latin American food I could find and would be the first one in which I attempt to add temperature changes to food. If there is a better way to go about uploading cc food where the only thing I did was add a modification as opposed to doing any design, let me know and I'll correct it (or take it down from the menu if needed). Utimate Collection is required

Read all instructions toward the bottom or you will get jump bugs!

The food stand and the foods (all of which must be downloaded - their serving platters as well) must be in the same directory (e.g. if you have a separate folder of AriesFlare's food and have the food stand at a different folder, the food (that is not in the folder of the food stand) will not work - the chef will try to cook it 2-3 times before an error occurs).

Be sure you want to use the food stand and its food beforehand as I have heard that you should not delete food after it has been used and eaten in your game.


First to show, is the menu: Only two meals here affect sim temperature:
In case it comes up, the blue checkered plate is not required. It is just a default plate that I have downloaded (probably from this site).

It uses food from the following:
Exnem
*Found towards the bottom
To make the above easier to find, I suggest highlighting the .rar file name, copy it (Ctrl + C), going to the site, enter Ctrl + F, paste the name in the box (Ctrl + V), and it will find and highlight the file for you.

It follows the same setup as bienchen83's community lot revolution in which you:

Make sure to put the food stand and the related food in the same folder, in the same directory or it will not work and cause jump bugs
You folder should look like this when done:

Sims start to freeze by 3 servings of ice cream since in order to chill them it decreases their temperature by ~ 5 degrees with each bite.

Eating spicy food once gets them a bit hot, twice fills up the temperature meter to the top. However, if you order the chocolate ice cream immediately after noticing, not much seems to happen other than skintone change (which will cause some lag in the game [should be the same amount of lag as a sun-burnt sim]). They'll cool down in a few bites. I had my sim try again without cooling down with ice cream and he eventually started to gradually cool down. No spontaneous combustion to report.

Be sure to not have them order ice cream 3 different times, or they'll freeze. Ordering once should cool them down enough.

Additional Credits:
Much thanks to bienchen83 (and EA) for the food stand mesh and tutorial on how to modify them like this. Thanks to AriesFlare, exnem, crocobaura, and eris3000 for the foods used in the project. Also SimPE (doubt I could do it without that). Thanks to Jasana_BugBreeder for the hints on how to make food that affects sim temperature. Thanks to Google for the name.
Packs Needed
Download files Need help with downloading or installing content? Click here!

Download all foods mentioned in post except spicy bell peppers and chocolate ice cream. Those 2 are included in the .rar file.

http://modthesims.info/showthread.p...d=1#post5228113 <- tutorial for adding temperature effects to food.
Back to top