The Skull of Life and Death 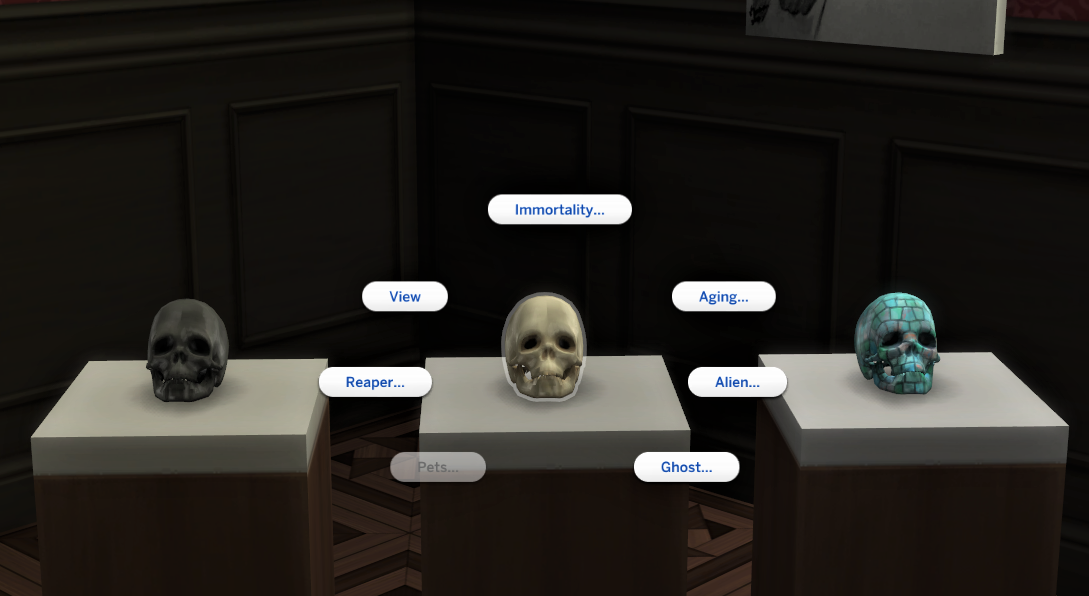 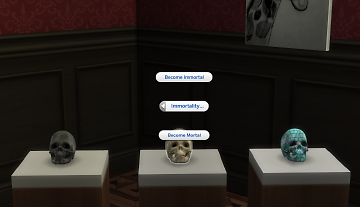 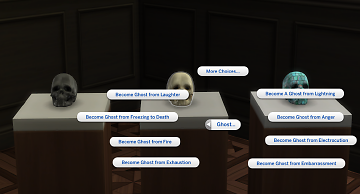 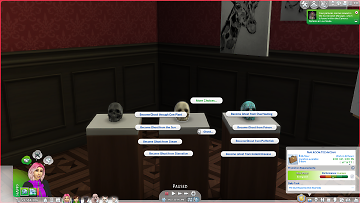 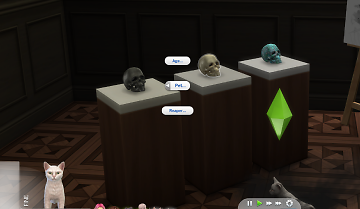 There multiple files to download but only chose ones for expansions/Packs you have otherwise they will not work as intended but will still show up in game and cause errors!

The Skull of Life and Death started out because I wanted my sim to be able to walk like the reaper with the effect but no voice change and no motive freezes and expanded from there. The animation I used was from the vampire pack but if you dont have it no problem, the skull will still effect your sim they just wont have an animation and just stand infront of the skull.

You can find the skull by:
Searching for The Skull of Life and Death
Decrative -> Sculpture

The skull gives your different options:

It should have all current sim deaths and an option to remove ghost powers. 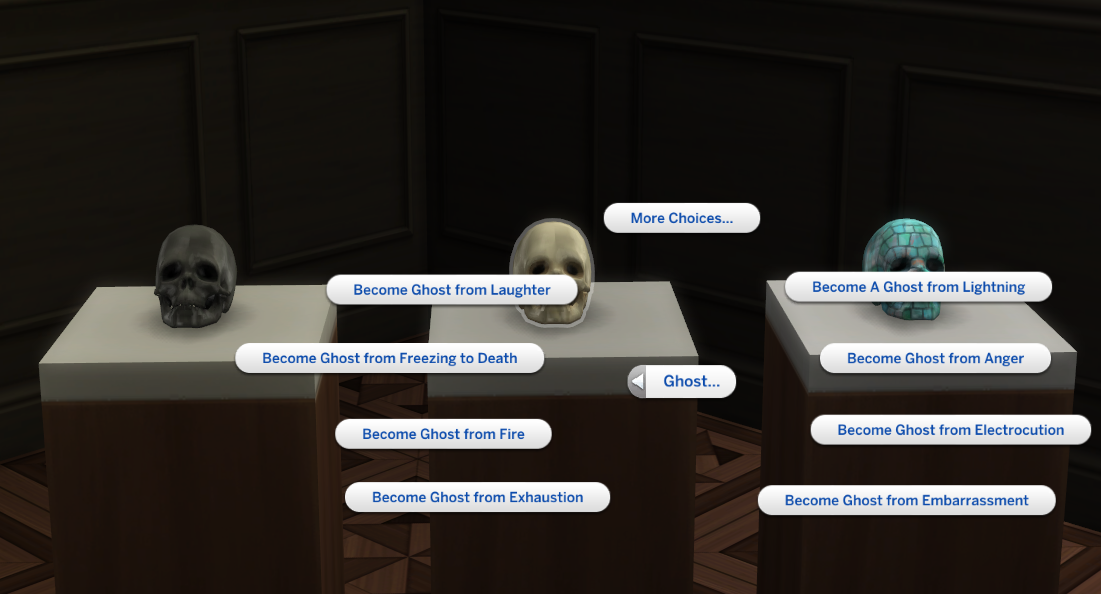 There are a few mix and match options or a complete Reaper [Voice, walk, Motive Freezes] and an option to remove all reaper powers

[Requires Get To Work]

Adds the Option to turn into an alien or just have their voice, plus an option to remove Alien Powers

Add the option to stop pet ageing, and [Because I wanted my pet to look like a reaper] an option to add the reaper smoke effect to a pet. 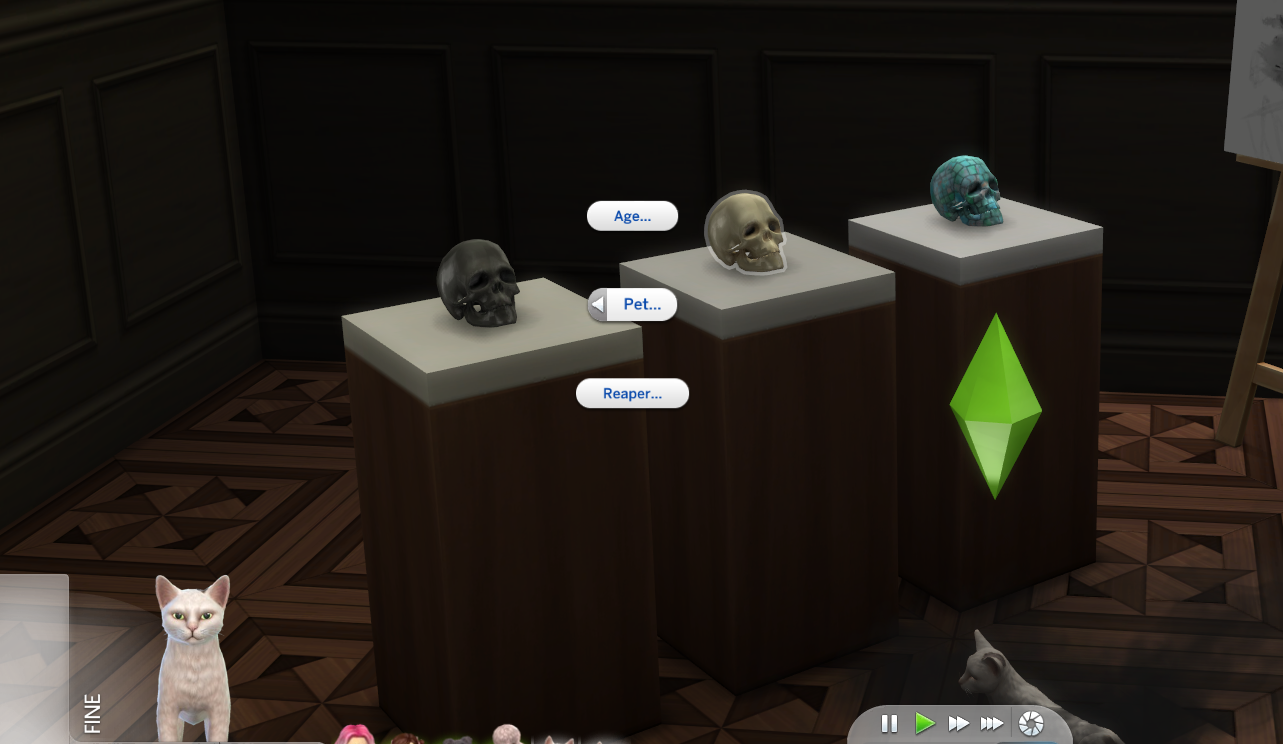 There multiple files to download but only chose ones for expansions/Packs you have otherwise they will not work as intended but will still show up in game and cause errors!