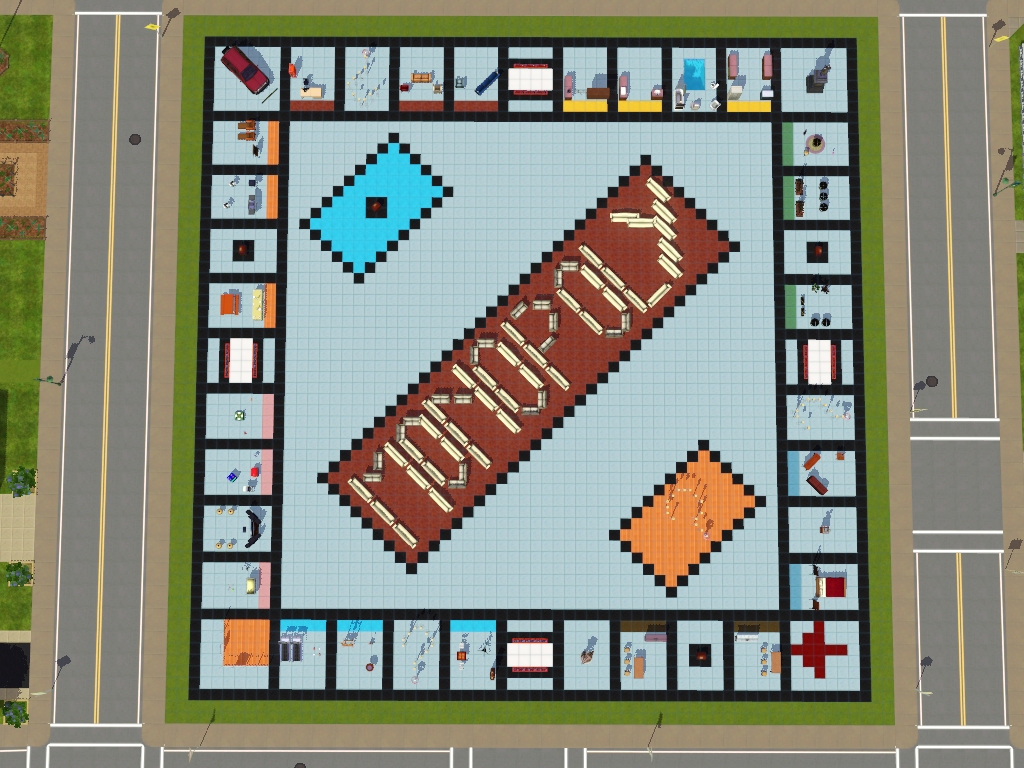 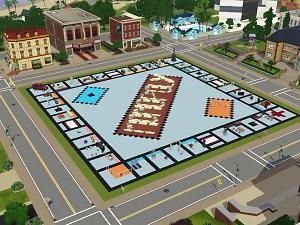 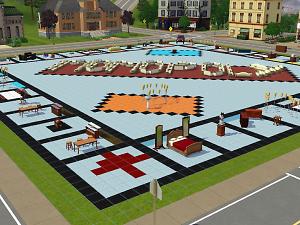 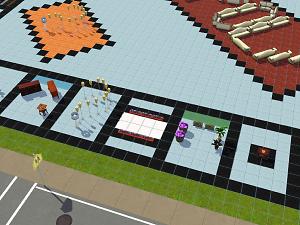 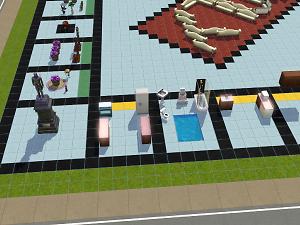 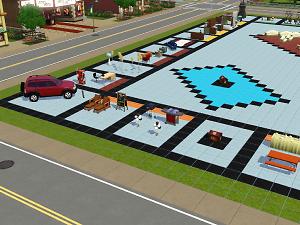 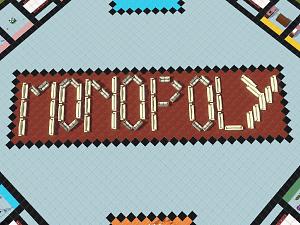 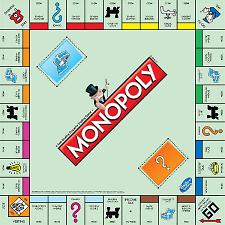 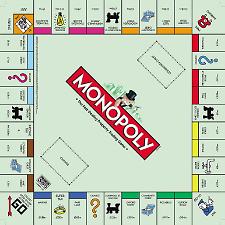 Created by Portaller
View all Downloads
Uploaded: 7th Oct 2018 at 9:36 PM
After way too long, something absolutely nobody asked for but needs no introduction!

Yes, it's Monopoly, the game everybody knows and hates! (Seriously, does anyone actually like this game?)

Experience the frustrating, family-destroying game that consistently tops the list of motives for murder worldwide, but in The Sims! When you inevitably get frustrated and want to flip the board over, instead kill the poor Sims you've forced into being oversized tokens - and let the Grim Reaper take care of the mess! Watch the game board come to life, with real (toy) trains on train stations, foreboding statues demanding taxes, and bars on the brown property group!

What else can I say? It's a Monopoly board as a community lot. The actual "Monopoly" text looks a bit weird, probably because I wrote it in couches.

It has all the furnishings and utilities of a home, albeit spread out, so you could theoretically try and have Sims live on a Monopoly board. You would run into problems, though, the most principal being that there are no walls anywhere on the lot.

Cards, dice, money, tokens, and friends not included. Special thanks to Buzzler for the Build/Buy Restriction Choker, which let me put the car on Free Parking.