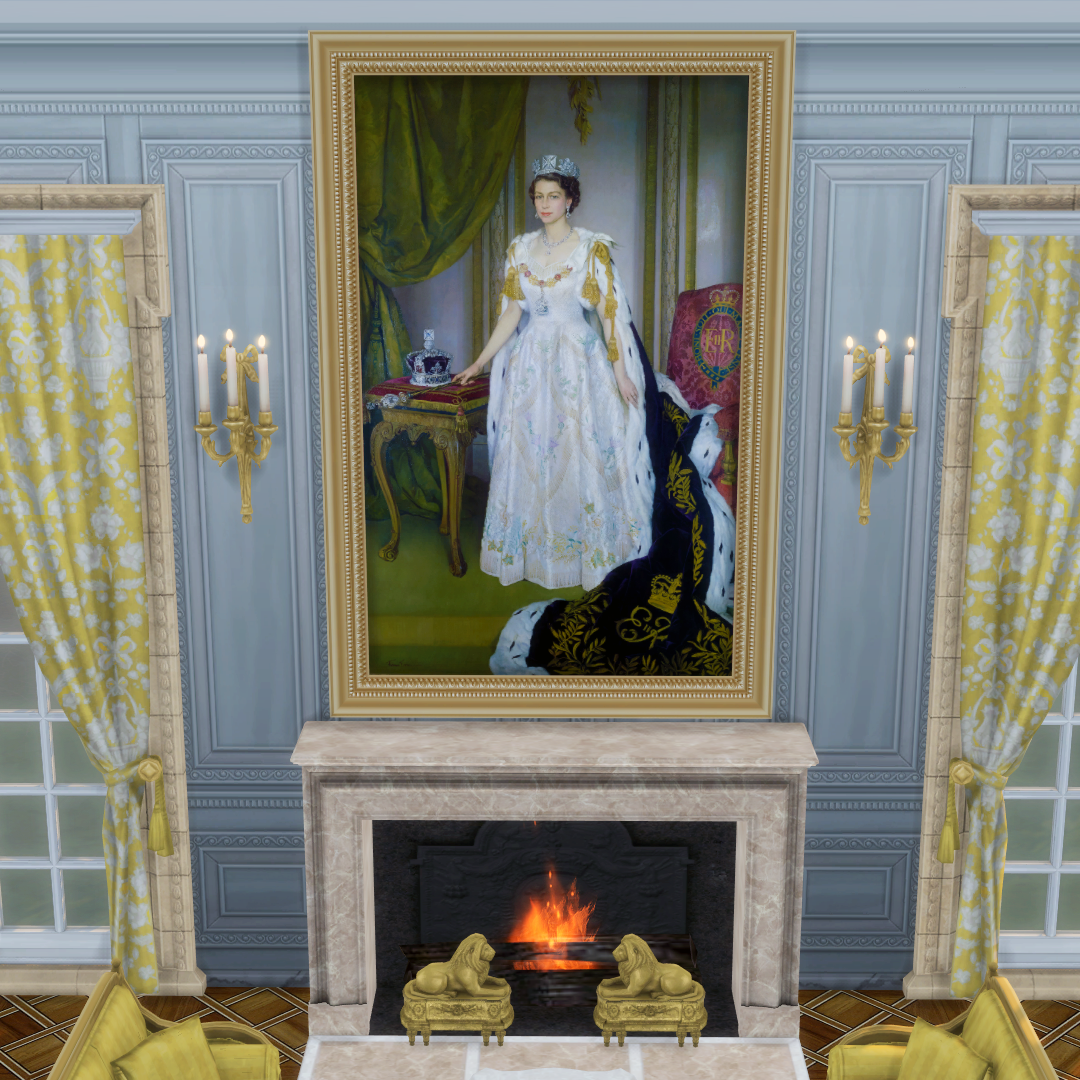 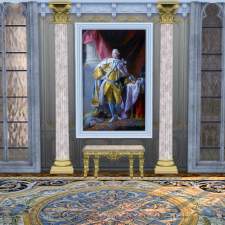 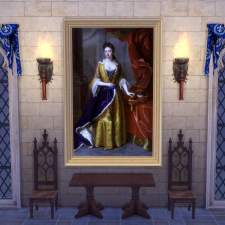 141 Thanks  Thanks     14 Favourited
This is a new mesh recolour, and means that you will need to download the particular mesh itself in order for this to show up in your game. See the Meshes Needed section or read the text for more information.
This is a recolor of TheJim07 mesh "Portrait of Louis XV" which you will need for these recolors to work. Thank you Jim for the use of your mesh!

You can find the link to the mesh in the files tab!

Being from Canada, we know a little bit about the royal family as being part of the Commonwealth

Her Majesty Queen Elizabeth II is on our money, coins and stamps. I thought it would be nice to do up a collection of the kings and queens of England in their royal robes when they were inducted into their roles.

The paintings start from Queen Anne to present Queen Elizabeth II. The swatches are also in chronological order.

A royal mantle, or more simply a mantle, is a garment normally worn by emperors, kings or queens as a symbol of authority. When worn at a coronation, such mantles may be referred to as coronation mantles. Many princes also wear such a mantle. Sometimes the mantles are worn only once, but in other instances they may be worn or used on other occasions, such as during the opening of a session of the nation's legislature. Mantles also feature prominently in state portraiture and artwork featuring monarchs and princes.
The paintings in chronological order are:

There are four frame recolors along with eleven paintings for a total of 44 swatches.

I hope you like them! Enjoy, and happy Simming!