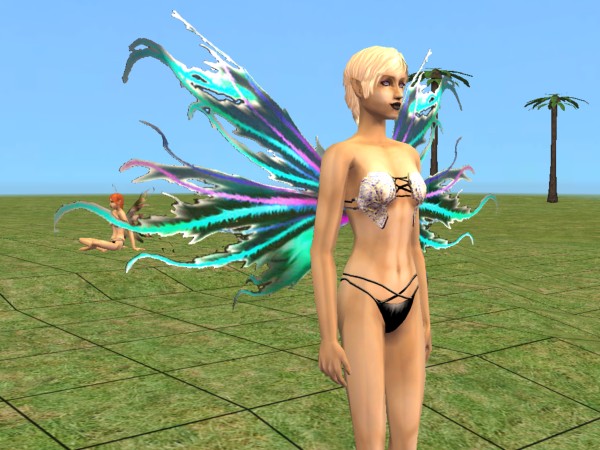 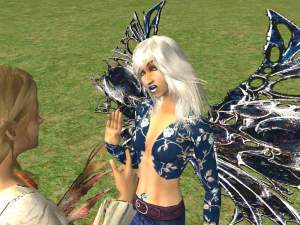 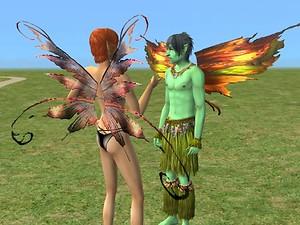 389 Thanks  Thanks     27 Favourited
This is a new mesh recolour, and means that you will need to download the particular mesh itself in order for this to show up in your game. See the Meshes Needed section or read the text for more information.
Faeries (or fairies) are good. However, faeries who become corrupt either by will or magic, cease being fairies and become Sylphs--similar to faeries, but sinister.
One day, not too long ago, Orin and Sil, former fire and earth faeries, made a wager that Desere could not seduce Kaya, the blond, beautiful, respected faerie of the sky. The Sylph accepted and first tried befriending the faerie of the sky. When that failed, she turned to magic and was successful. Orin and Sil won the bet, but never asked for anything as compensation in fear that she would turn her powerful magic on them.
This is but one tale of how Sylphs can corrupt faeries. Be warned all who read this as Sylphs also enjoy causing misery and pain in the human world...Unlike these Slyph wings, which will hopefully put a smile on your face

All recolors by me
Models, skin, and everything you see (besides the wings--except the golden wings Kaya has. Since she is no longer faerie, she lost them. But you can find them in my Fairy Wings--Insect Set, if you don't yet have it) are not available in this post.

Additional Credits:
Thanks again to Lord Dragonstone for his Alpha Wing Mesh found on the SS2 here: http://www.sapphiresims2.com/showthread.php?t=19726