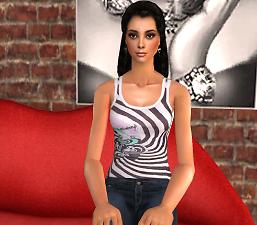 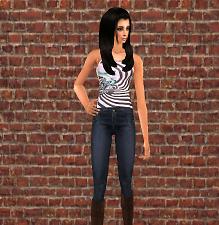 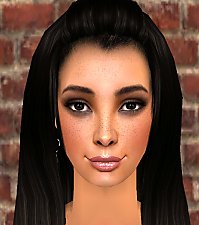 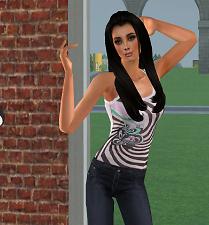 Hey Everyone!!! I know its been over 2 years since my first sim Adriana was uploaded, but I decided it was about time I updated her, and I even replaced those old blurry snapshots with new, HD snapshots! Even some new CC has landed on her!! If you would like the ORIGINAL Adriana, PM me and I will send you her.

Adriana is a Chinese-Japanese-Thai-Polish sim who traveled to Simerica in hopes of pursuing her passion in investigative journalism. She is determined, brave, and hard-working. She is a cat person, and enjoys spending time with her friends. She also is a total nerd, and is obsessed with Doctor Who and the Harry Potter series.

Note: Hair in the second pic is not included.