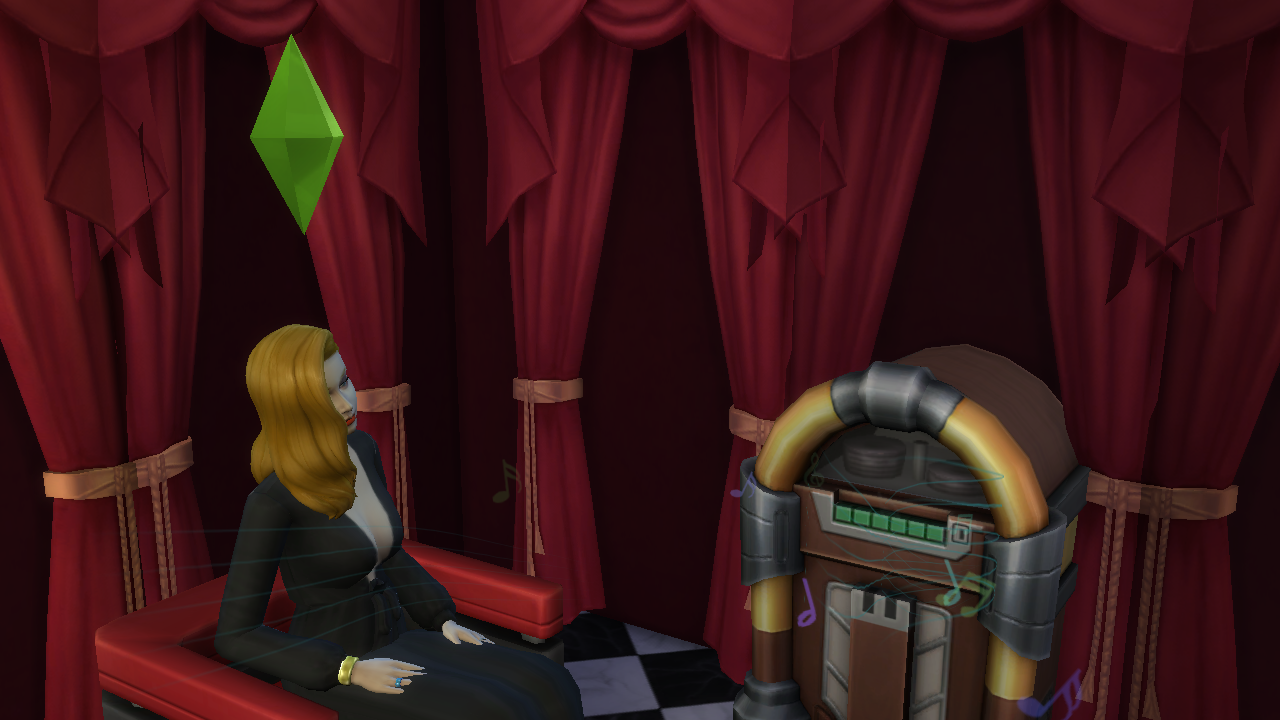 This mod adds 4 new channels to in-game stereos and wall stereos, filled with Angelo Badalamenti’s unsettling backwoods noir sounds - perfect for Twin Peaks neighbourhoods, or anyone who wants that kind of mood for their Sims.

UPDATE: VERSION 3 (11/06/2021)
My modding has improved, so v3 comes with new features:
v.3 does NOT add the channels to every ingame stereo. They can only be found on the Double R Diner Jukebox (also search "Staberinde" or "Twin Peaks").

ESSENTIAL NOTE:
The Channels
I have set up 4 channels with suggested themes, but you have to choose what songs are added to them - including non-Twin-Peaks tracks, or sound clips.

Roadhouse Radio
Vocal performances, like Jimmy Smith, Julie Cruise, The Chromatics etc, or rockier “on the outskirts” tracks like In the Pink Roomand Americana.

In the Red Room
Dreamy noir like Dance of the Dream Man, Laura’s Dark Boogie, Audrey’s Dance, and the Fire Walk With Me Theme.

Use denton47’s TS4 Sound Tool to add create four packages, containing the music for your four channels. His tutorial is pretty clear, but I’ve also written a fuller one with screenshots here.

You MUST name the files EXACTLY as I have typed them here. Otherwise they won’t link correctly to the main package that puts the channels into your game.

New Resource Name: Twin_Peaks_mu_stereo_RedRoom
Enter music genre: In The Red Room
Then check the hash number is identical to: EBF0AD7C7DABFB4F

This will create 4 package files, one for each station. Put all four of these, plus my file, in your game.

You can use the TS4 Sound Tool to open your channel packages in future, to change the music in them.

This mod will likely conflict with any other Radio Channel overhaul mods. It edits these four shared files:
I’ve written a (moderately easy) tutorial to show you how to fix mods with this conflict here- it requires Sims4Studio, and a bit of XML editing.

Twin Peaks Radio v3 comes with the newest version (0.4) of my Custom Channel Compatibility Fix, which separates out these files so they can easily be edited and updated if you have more than one custom music mod. You should only ever have one copy of the CCCF in your mods folder, so make sure it's the most up to date one.

(v2.7) The mod does not work on the Hot Tub or the SmartHub, because that's a lot of extra work and Twin Peaks is eternally in a 1950s/1990s timeloop where the Smart Hub has yet to be invented.

Description: I love this music isn't it dreamy

My creator policies are here - in general, everything is OK so long as you aren't making a profit, and you include credit ^_^ https://staberinde-sims.tumblr.com/policies