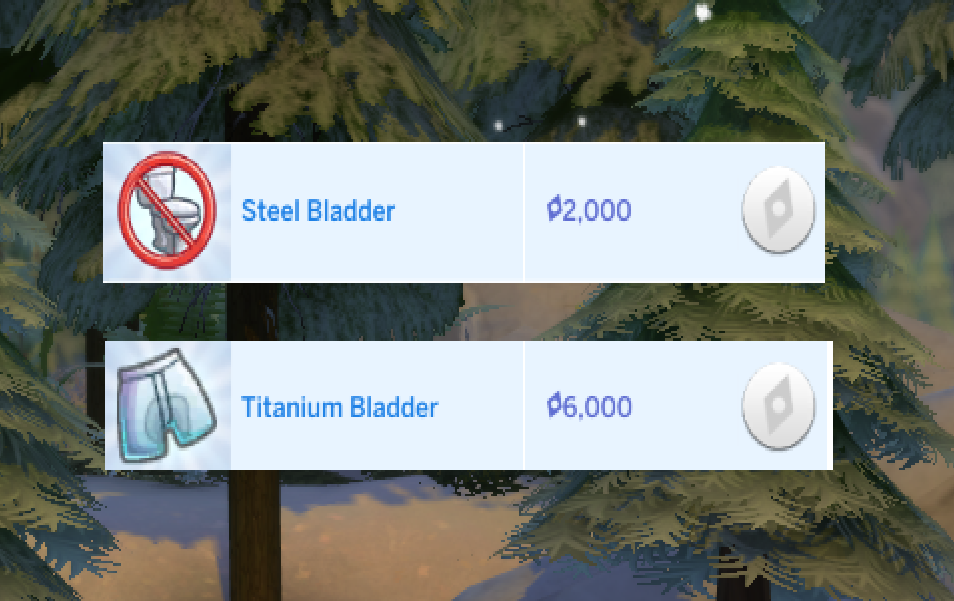 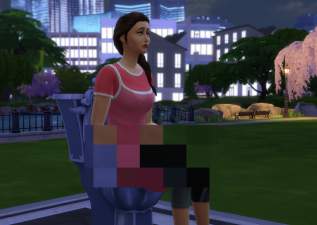 The Steel Bladder reward trait is definitely a very powerful reward. 2,000 satisfaction points to never have to use the bathroom again is very strong. A bit too strong for me, as I often still want my sims to have to sleep, eat, pee etc, but want to reduce how often they have to do so.

This mod balances things a bit out. Steel Bladder remains the same cost at 2,000, however, not it only lowers the rate of Bladder Decay by half. Your sims will still have to pee, just only half as often.

This Trait is purely for people who want a bit of a harder challenge, or think that Steel Bladder is too easy as it is.


Compatibility with other mods: Unfortunately, due to the way Reward Trait mods work, this mod will conflict with any other custom reward trait as well. Most Reward Trait mods modify the whims.whim_tracker line.

Sims with a Steel Bladder rarely have to pay attention to their Bladder Need.
Ages:

Sims with a Steel Bladder rarely have to pay attention to their Bladder Need.
Ages:

I am actually a male in real life. My creator name will either be Zeldagirl180 or LuckyLunayre