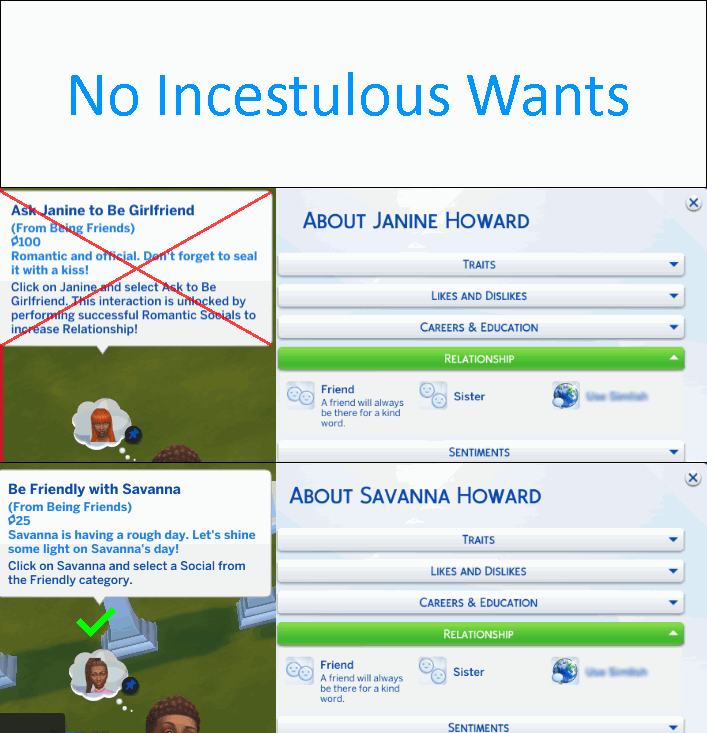 Ever since the 1.90 patch that was released on July 26th, 2022, many players have noticed that their Sims would roll a Want to ask their family members to be Boyfriend or Girlfriend.

This is one of the many bugs that appeared after the patch came out, as this wasn’t happening with this Whim before.

Hopefully EA will make a fix for this soon, but in the meantime, I made a mod to make it stop appearing for family members. This doesn’t remove the Want entirely however; it still appears for non-family members.
Other Information