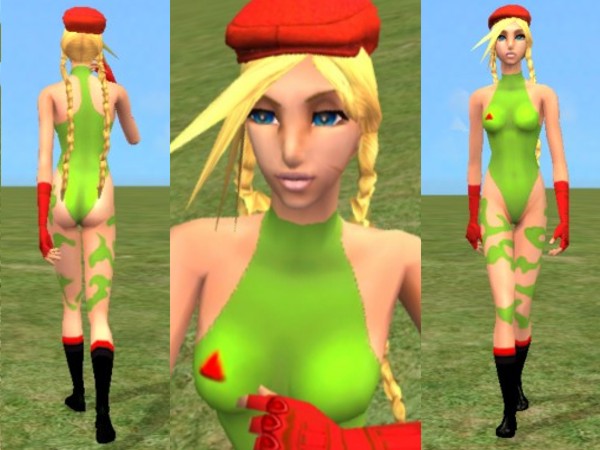 142 Thanks  Thanks     12 Favourited
Hello everyone, it's been a while. First of all I must appoligise to Kavar since I took so long, but I've finally finished her; Cammy White of Street Fighter series. She is a clone of M.Bison(Vega) who happens to be the leader of the most evilest organization (and Nina Williams is a clone of Cammy :P), I guess evenutally her usefulness expires and he tried to whack her, but he got whacked instead because he's an idiot. Anyways, she really kick ass if you are patient enough and have a good reflex, her LK Cannon Spike is the best anti-air move in my opinion, it may not look like the most comfortable move around, but it's definetly the most reliable in all situations. People can bring up all those SNK boss characters, but they don't count, SNK don't know how to make good bosses, they only know how to make cheap bosses.

With all that said, lets get down to the technical stuff. The following download is not optional, you'll have to download Kavar's hair mesh if you want Cammy's head to show up, here is the link.
http://www.modthesims2.com/showthread.php?t=83034
Once again sorry for the delay, thanks for taking my request

The rest of the custom contents are all made by me, that includes eye color, skin, clothing, and face model. To the people who DOES NOT have University, use Clean Installer to install Cammy. Here's the link to the program.
http://sims2pack.modthesims2.com/index.php?page=3

Alright then, hope you guys like Cammy, and I'll be back soon