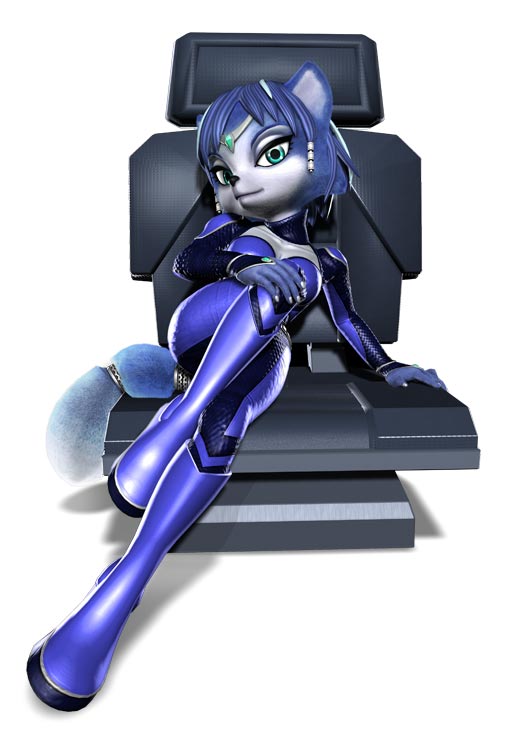 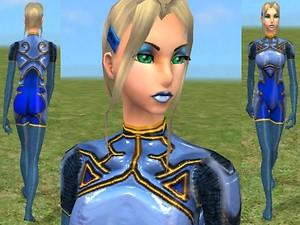 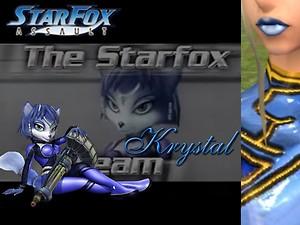 97 Thanks  Thanks     9 Favourited
Hello everyone, it's been too long. This is the season where everyone become busy towards something, and so was I. Anyways, at the request of Fox, I bring to you my version of Krystal from Star Fox. I haven't really played any Star Fox before, so this was a tough one for me, Seems like in Star Fox Adventure she was some sort of witch fortune teller character, then in Assault she officially joined Fox' team (just my assumtion, I haven't really looked it up). One thing is for sure though, no matter how you look at it she's the only one who deserves the title "foxy lady", quite a character. I wonder why didn't Nintendo put her in more multi-character games.

Once again, this one was probably the hardest original character I had to design so far, there are serval factors, as I mentioned above I've never played Star Fox, so I don't know what she's like. Then when Night Life finally came out I realized there's nothing I could use in the expansion since they are all uncreative (lets face it, there are way too few heel models), and after I looked her up I realized her 2 costumes from both games are extremely different, so I had to design something in between. In the end I decided to put the project on hold and waited for some creative and different meshes to be released. In the end I decided to stop waiting since this is a request. Anyways, lets get down to the technical stuff. The following download is not optional, I used exnem's mesh for Krystal's hair, It's one of the better hair mesh I found in a while, well worth the download, don't forget to check his site out. Here's the link.
http://www.modthesims2.com/showthread.php?t=88382
Also as Fox requested, I also used Atreya's fox tail mesh, after all, what's a fox that doesn't look like a fox right? :P
http://www.modthesims2.com/showthread.php?t=94335
The rest of the custom contents are all made by me, that includes eye color, skin, clothing, make-ups, and face model. To the people who DOES NOT have any expansions, use Clean Installer to install Krystal. Here's the link to the program.
http://sims2pack.modthesims2.com/index.php?page=3

Alright then, again sorry for the delay. Hope you guys like her