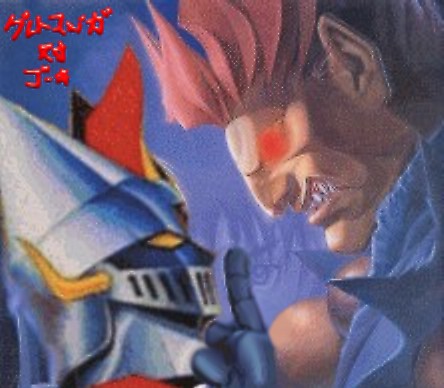 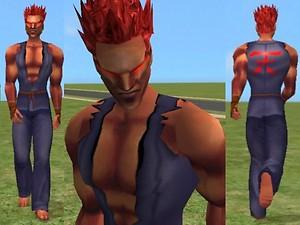 Created by thunderbreak
View all Downloads
Uploaded: 29th Jul 2005 at 10:09 PM
Updated: 26th Oct 2008 at 9:43 PM by Canoodle
What's up everyone, it's been a while since I did any fighting game stuff. This morning I was browsing through the custom mesh section and I realized Akuma's time has come

. For the people who doesn't know who he is, he's probably the most famous hidden boss in fighting game history, the kind of impact he has on players (and his opponent) is astronomical! I believe originally Capcom's intention was using an image of an Oni(Japanese demon) to create a fearsome hidden boss, and fearsome he is. He's been over powered in most games he participated, I mean anything he does can lead to a 50% combo. He's fast, he hits hard, and he has moves to control EVERY situation at any distance. That's why it's sad that he retired as a weakling :blah:. Akuma (especially Shin Akuma) in the recent games are just pointless to use, the comupter version is still overpowered, but a masquito bite will kill him when the player uses him. Which is too bad since he's so fun to use.

Anyways, if you are wondering about the eyes, I didn't edit the screenshots, they actually glow like that in the game. I've done this way back when I first started skinning, but I've never had a chance to use this technique until now. As I mentioned earlier, I used some custom meshes. The following downloads are not optional, you must download them for the characters to show up.For his body I used marvine's mesh, here's the link.
http://www.modthesims2.com/showthread.php?t=80109
And for his hair I used kavar's mesh, and here's the link.
http://www.modthesims2.com/showthread.php?p=669895
Other than the wonderful meshes, the rest of the custom contents are done by me, that includes skin tone, eyes, hair recolor, clothing, and face model.
To the people who DOES NOT have University, use Clean Installer to install Akuma. Here's the link to the program.
http://sims2pack.modthesims2.com/index.php?page=3