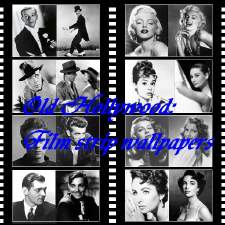 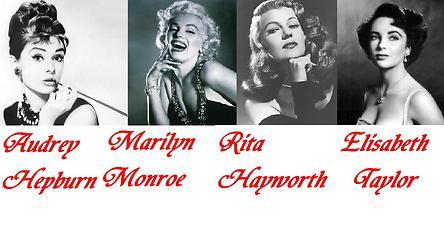 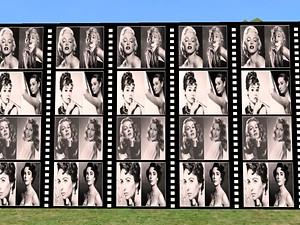 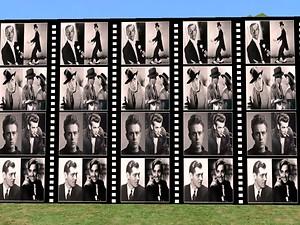 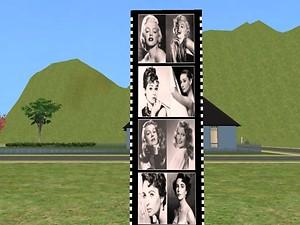 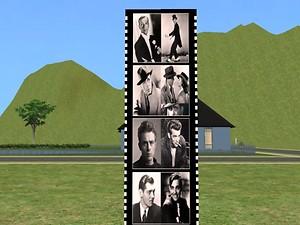 For this challenge I've designed some nice film stripe wallpapers with some very important stars!

At the head there is Marilyn Monroe; everybody knows her. I always have to think of her when I hear "old Hollywood".

Below her there is a pretty lady called Audrey Hepburn; you know her from "Breakfast at Tiffany's" and some other great films!

Below Audrey, there is Rita Hayworth an "old Hollywood" actress.

And last but not least at the bottom there's Elisabeth Taylor; also a brilliant actress!

And now the gentlemen:

First of all at the head there is Fred Astaire! That brilliant dancer, singer and actor...

Below there's Humphrey Bogart.(An actor) You all know him from "Casablanca" with his famous words that I don't exactly know in English, something like
<I'm looking into your eyes, baby> !?!

Below there is James Dean he was also an actor and he played in the theater, too.

And at the bottom there is Clark Gable, he's an actor! You might know him from "Gone with the wind" !

Well, these are my film strip wallpapers and I hope you will like them! :D