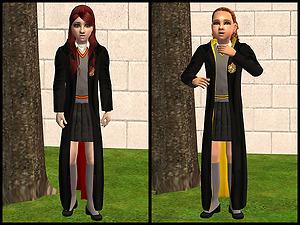 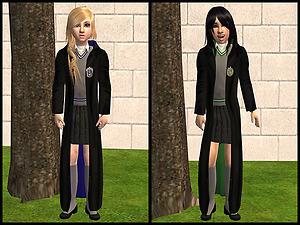 18,688 Downloads 903 Thanks  Thanks 68 Favourited 46,461 Views
Picked Upload!   This is a picked upload! It showcases some of the best talent and creativity available on MTS and in the community.
Created by cloudlessnights
View Policy / About Me View all Downloads
Uploaded: 18th Nov 2007 at 9:09 PM
Updated: 9th Oct 2008 at 5:22 AM by CatOfEvilGenius
UPDATED 21-November-2007 to fix the alpha around the neckline - the white bit on the sims' neck above the collar that's seen in the preview pics is now gone; just redownload & replace the old files.

Here's the set of Hogwarts robes I recently made for little boys, teen boys and adult males now for for little girls. The set consists of black robes with hood and house crests, grey sweaters with stripes in the respective house colours, dark skirts and stockings. 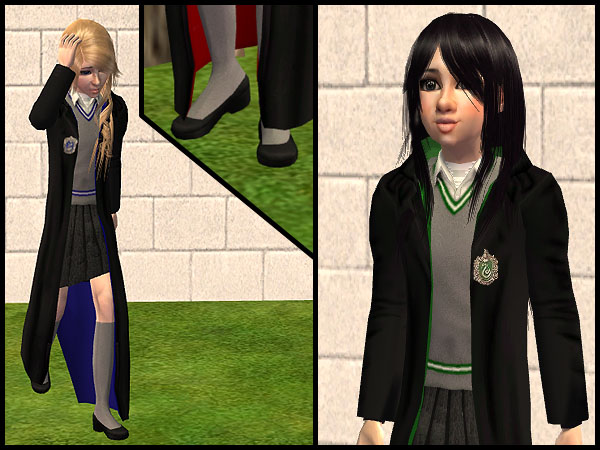 All items can be found under Everyday (and Outerwear if you have Seasons). No expansion packs required. 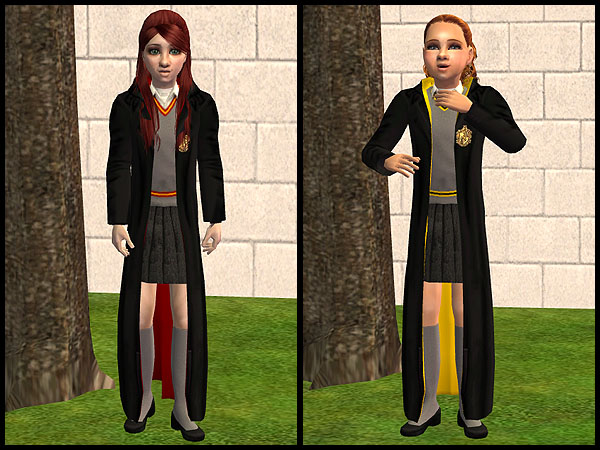 Known issues: In some sitting positions and when the sims move their legs very much, there's some weird clipping in the coloured interior part of the robes around the knees. It's the same as in the original Maxis mesh I used as a base for the robes, and I haven't yet found a way to get rid of it. 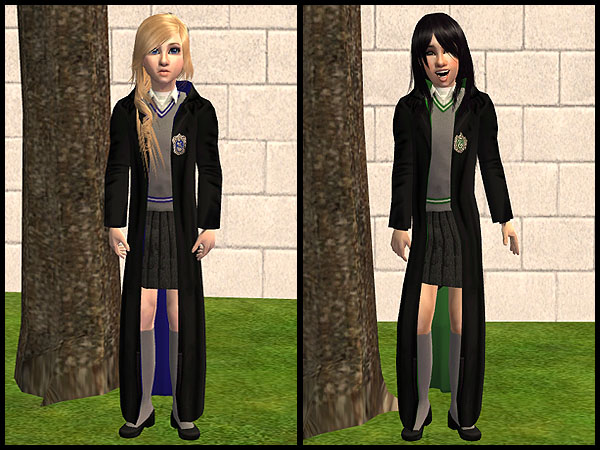 FEEL FREE TO: Include my creations with your sims and upload them to any free sites you like, as long as proper credit is given (just link back to the download thread or my profile here). Likewise, you're welcome to make your own recolours/retextures of my meshes and upload them. If you do, I'd love if you dropped me a note to let me know ;-)

DO NOT: Upload my creations or any recolours/retextures made from them to paysites (including all of TSR) or as part of 'donation' sets. Please don't upload to the Exchange.