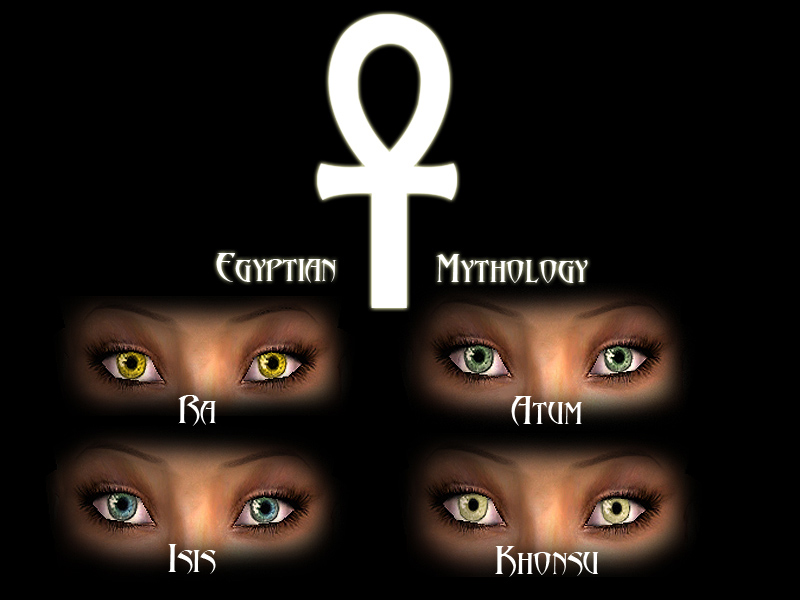 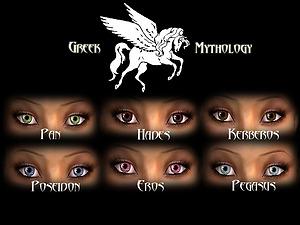 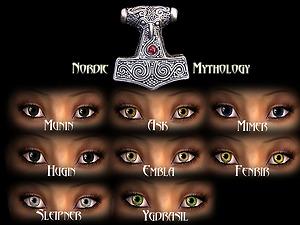 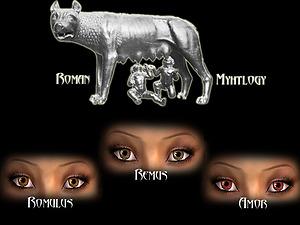 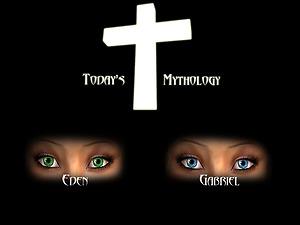 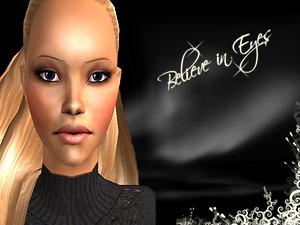 First I want to make some statements!
*With this upload I do not mean to offend anyone.
*I do not wish that anyone starts to discuss religion.
Thanks.

Wow... it was a long time ago...
But now I do not give you a sim, I give you eyes.
These are actually my third set of eyes. (You can find the first and second set on my website

I wondered if a mythological essence were eyes, how would they look?
Or if you met one today, how would their eyes look like?
And this is what I came up with. 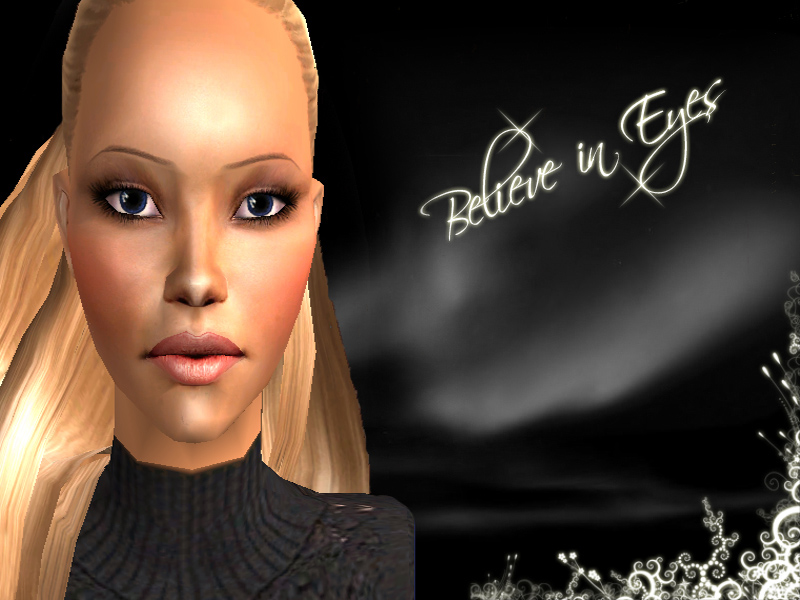 I have five different mythological "eras" (with 23 new eyes), and they are


In Today's Mythology there is two eyes.

Eden: Is the place where the first man, Adam, and his wife, Eve, lived after they were created by God.

Gabriel: Is generally considered to be an archangel who is thought to serve as a messenger from God and he is sometimes regarded as the angel of death.

In Roman Mythology there is three eyes.

Romulus & Remus: They are the traditional founders of Rome. They are the twin sons of the priestess Rhea Silvia, fathered by the god of war, Mars. Romulus served as the first King of Rome, while Remus were killed by his brother over a dispute about which one of the two brothers had the support of the local deities to rule the new city and give it his name.

In Egyptian Mythology there is four eyes.

Ra: He is the sun god. He commanded sky, earth, and underworld. He was associated with the falcon. Pharaohs were considered to be the children of Ra.

Isis: Among her general titles may be mentioned those of "the divine one, the only one, the greatest of the gods and goddesses, the queen of all gods, the female Ra. She possesses the powers of a water goddess and an earth goddess.

Atum: He is one of the most important and frequently mentioned deities from earliest times. He was considered to be the first god, having created himself, sitting on a mound (benben) from the primordial waters. He also is shown as a serpent, the form which he returns to at the end of the creative cycle.

Khonsu: His name reflects the fact that the Moon travels across the night sky, for it means The Wanderer, as he was thought to watch over night travelers.

In Greek Mythology there is six eyes.

Pan: He is the god of shepherds and flocks, of mountain wilds, hunting and rustic music. He is drawn as a faun, and is connected to fertility and season of spring.

Poseidon: He was the god of the sea, as well as of horses, and of earthquakes. Poseidon's symbols are the trident and the dolphin.

Eros: He was the primordial god of lust, love, and intercourse; he was also worshipped as a fertility deity. Eros was principally the patron of male love, while Aphrodite ruled the love between men and women.

Kerberos: (Also known as Cerberus) He was the hound of Hades, a monstrous three-headed dog with a snake for a tail and snakes down his back like a mane. He guarded the gate to Hades and ensured that spirits of the dead could enter, but none could exit.

Pegasus: was a winged horse that was the son of Poseidon. Pegasus was at a well drinking silently when the hero Bellerophon came and captured him with a golden bridle that was given to him by Athena. He are also a sign of immortality.

In Nordic Mythology there is eight eyes.

Hugin & Munin: They are a pair of ravens associated with the god Odin. They travel the world bearing news and information they have collected to Odin. Hugin is "thought" and Munin is "memory". They are sent out at dawn to gather information and return in the evening.

Sleipner: (Also known as Sleipnir) He is Odin's magical eight-legged steed, and the greatest of all horses. His name means smooth or gliding, and is related to the English word "slippery".

Ask & Embla: They were the first two humans created by the gods.

Ygdrasil: It's the World Tree, a great ash tree located at the center of the universe and joining the nine worlds of Norse mythology. Ásgard, realm of the gods, at the top and the Hel, the abode of those who did not die a heroic death, at the bottom. Midgard, our world that is inhabited by humans, is located in the middle.

Mimer: (also known as Mímir) He is renowned for his knowledge and wisdom. He is the owner of Mímir's Well, which bears his name. Odin desired the wisdom of Mímir's Well, and visited Mímir. They struck a bargain -- Odin sacrificed one of his eyes in exchange for the privilege of drinking from the well.

Fenrir: He is a wolf, the son of Loki and the giantess Angrboða. But as he grows even the Gods are afraid of him so they bound him with chain Gleipnir. But is ultimately destined to grow too large for his bonds and swallow Odin whole during the course of Ragnarök.

Well, I wanted to make many more eyes with these myhtological themes... but the eyes started to look the same.
Hopefully I will be able to continue with this theme... but we'll see.

Hope you like them, and if you do, please hit the thank you button (or leave a comment), not too hard for you, means a lot to me.

*You may include my things on your sim on mod the sims 2 and on insiminator, as long as you give me proper credit, a link to my site or to this thread. If you want to upload it on any other site - ASK!

*You may use my things in videos, photos and contests (as long as it's not my things that is being judged!), but it would be nice if you PM'd me the link, so I can watch :D

*You may NOT upload my things on Exchange (The sims 2 official website), at The Sims Resource or other pay sites (this means in full sims and separately as well).

*Do NOT change, edit or re-colour my creations!

*You may NOT take credit for my things and/or claim them as your own (that is called STEALING!)