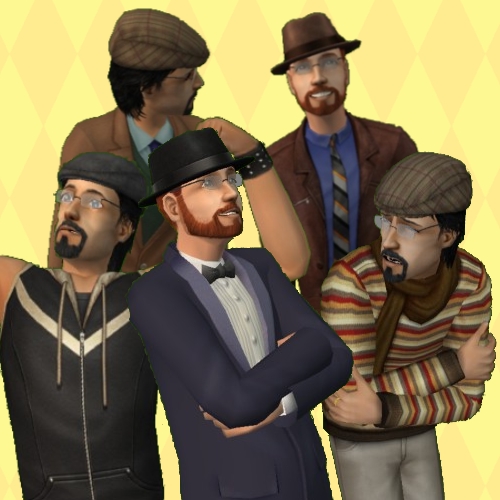 476 Thanks  Thanks     27 Favourited
After playing Apartment Life, I came across one minor bug in the game. Obviously it was an error someone made whilst setting the categories for the Adult Male Hats. But the "Paperboy Caps" and the "Fedora Band" Hats appeared in odd and annoying categories. In fact, there were some categories which they didn't appear in when they should have.

But I set to work and made a fix for this glitch.

Before the hats were appearing in Everyday, but they never appeared in categories like Formal, Athletic and Outerwear. And with a couple of the Paperboy hats, they appeared in Underwear and Swimwear.

Now after creating this small mod, the hats will appear in Everyday, Formal, Athletic and Outerwear.

Again, like I said. This is just a small mod for a minor glitch. But it can be annoying if you plan to use these hats a lot.

Also, one of the moderators must have moved this mod to the Hair section, and I can't move it back, so sorry if you found this mod quite hard to find. Personally, I thought it would have fitted perfectly in the mods section along with all the other Hair and Hat categories fix.