All Adult/Y.A. Clothes made available for Young Adults, Adults, and Elders! (TS2 - AL) 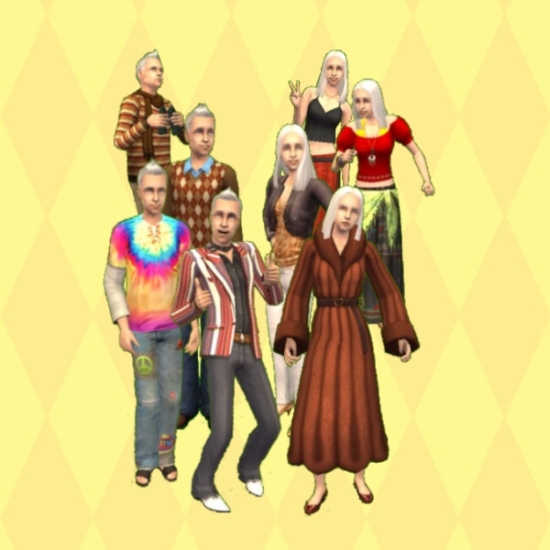 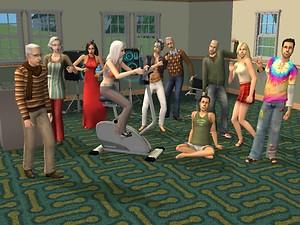 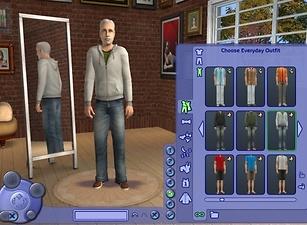 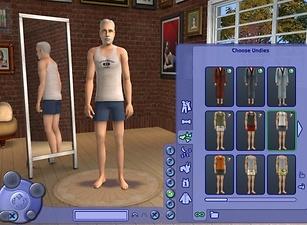 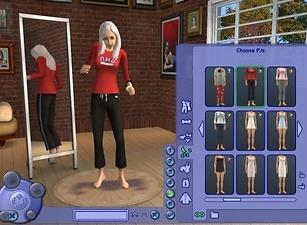 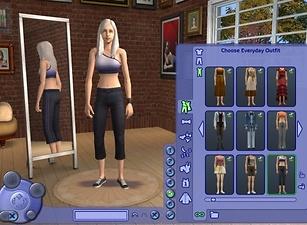 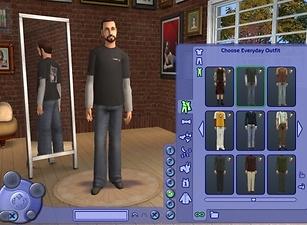 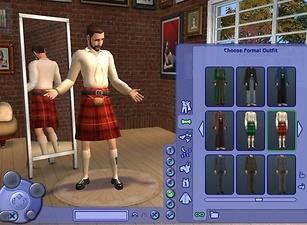 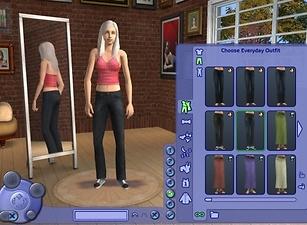 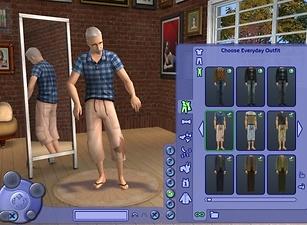 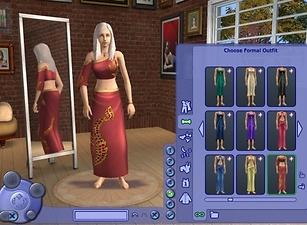 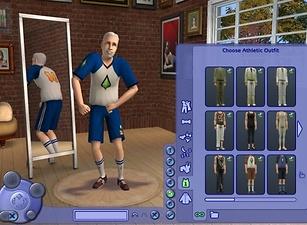 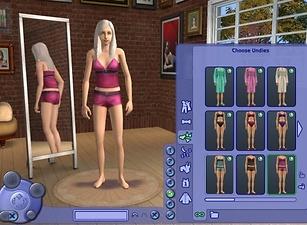 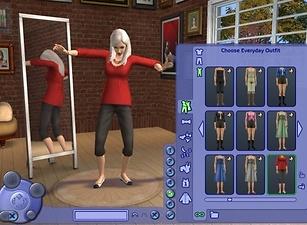 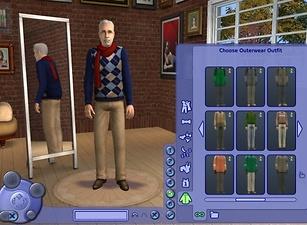 2,275 Thanks  Thanks     367 Favourited
Picked Upload! This is a picked upload! It showcases some of the best talent and creativity available on MTS and in the community.
After having all my Adult Sims grow up to Elders, I found that there was just not enough clothes for these new Elder Sims to wear. I also found that my Sims’ distinct clothes could not be worn by them any longer. So that’s why I set to work making this mod!

As you may know some of the elder clothing is the same as the adult clothing although the body shape is different. (And the game also sees it as different clothes). This mod makes all adult clothing show up for Elders, and any of the matching elder clothing (which has a different body shape) is hidden from the game. I have however left all the matching elder Tops and Bottoms un-hidden as using an Adult Top with an Elder Bottom or vice versa... Well they just don't go. But sometimes you may still want to use an elder-only bottom, but want to use it with an adult/elder matching top. But if my mod hid the elder version of the top, using the adult version of the top would again make the Sim look silly. So to make more combos available I have left the matching tops and bottoms un-hidden. The Elder clothes I have hidden will still be useable, and will still show up in your Sims’ dressers if they have already bought them. They will just not show up in Create-A-Sim or when buying clothes at stores. They can be used in Create-A-Sim using the boolProp cheat however, and they will also be available when setting an Elder’s uniform in a business.

Ok. So that big long explanation is over and done with. But first I need to make sure you know that I am aware that there are various University clothes unlocking mods, but I like to make my mod "complete" and having all EPs and SPs included except Uni would be silly. But one advantage to my mod is it unlocks the Uni Clothes for Elders where as ones I've used before have not. I'm also aware of the Clothing Equality mod at MATY. However that has not been updated since OFB, so I thought I'd make my own version. But I really need to make sure you know this! I did not just collect these mods in and add them to my bigger mod. I started from scratch extracting from the skins folder, and editing them, etc. etc. I would like to credit those mods however as I could compare my mods with them to see why certain clothing was not showing up. The mods I compared with were SimsBaby's "More University Clothing for Adults" mod from MTS2 and Motoki's "Clothing Equality" mod from MATY.

If you own all EPs and SPs and want all clothes to be available for Y.A. to Elders, download the "All Expansion and Stuff Pack Clothing for Y.A. to Elders". I also fixed the Free Time outfits which disappeared from the catalogue. They should now all be showing up in CAS and in clothes racks, etc.

So the EPs and SPs clothes which are made available for Y.A., Adults, and Elders in this mod are...
- The Sims 2 (Base Game)
- University
- Nightlife
- Open for Business
- Family Fun Stuff
- Glamour Life Stuff
- Seasons
- Celebration Stuff
- H&M Fashion Stuff
- Bon Voyage
- Free Time
- Kitchen and Bath Interior Design Stuff
- Apartment Life
- The Sims 2 Store (Original, Spooky, Asian and Art Noveaulicious)
- Custom Maxis Clothes
There was no need to include Pets, Festive Holiday Stuff, Teen Style, or IKEA Home, or Mansion and Garden Stuff in the package as they did not bring adult clothes or the elders already had all the same clothes.

Some outfits are included in more than one EP or SP. For example, a lot of the University outfits were only available for Young Adults, but then duplicated with Nightlife to be available for Adults too. The same thing happened in Apartment Life. It included Adult outfits from Kitchen and Bath and Free Time, but only available for Elders. To avoid confusion, I have just unlocked them all. So you will come across some of the same outfits. It also means people with only certain EPs can have all their outfits unlocked for Elders too.

I have recategorized a few, but not a lot of outfits. I have made some NPC uniforms available for Young Adults and Elders, but they do not show up in CAS, but they can be chosen as a uniform in a Sim-Owned Business. The two kilts from the everyday category, I have added to the formal category too as I live in Scotland and kilts are worn to special occasions such as weddings, parties, etc. quite a lot. I have also unlocked a couple of Hidden career outfits as well as recategorizing the athletic-looking everyday outfits for both male and female. to appear in athletic as well as staying in everyday and I also unlocked the black tracksuit for both male and female and made it appear in athletic also. These can also be chosen for both Young Adults and Elders too. I have now also made the NPC Landlord outfits available for Everyday, for use of all three age groups.

If you need any help or would like to ask me something about my mod, then please send me a PM or an email. Also if you notice a certain item of clothing which I have missed and not made available for all Young Adults, Adults, and Elders, I would appeciate you notifying me of that too. I love the feeling of "completeness". I intend to keep updating this mod every time a new Expansion or Stuff Pack is released and it will hopefully not take as long as this has. The base game was so boring to edit

Oh and one very important warning. Most if not all the maxis clothes will have a delete icon appearing for them as if they were CC. DO NOT delete any of the official clothes. It will corrupt your game and you will end up having to reinstall everything and possibly lose all your saved games. So just keep your mouse away from the delete icon and everything will be fine.
So good luck with this new mod. If you find any problems remember to PM me telling me about it. (That includes corrupt compressed folders

Conflictions
Well, I thought I'd wrote this, but I can't find it above. Anyway, this mod will conflict with all mods which edit the same clothing. You'll have to either have one mod or the other, or edit one of the mods yourself to make them compatible. I know that this mod conflicts with Fanseelamb's Outerwear mod and Phaenoh's Great Clothing Migration mod. You'll have to choose between them though, sorry. However, I had a quite a few PMs about Fanseelamb's Outerwear mod as well as Knightguy's outerwear mod, so I made a combo mod with my mod and their mods combined. So you can have the outfits show up for elders and appear in outerwear. See post #51 in the comments section for the download.

Additional Credits: SimPE for creating such a handy tool.