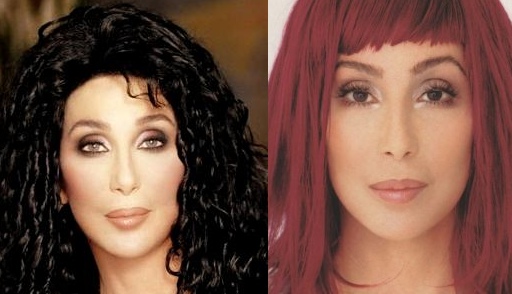 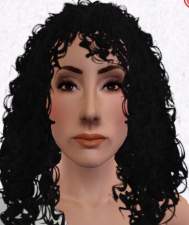 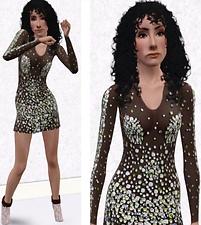 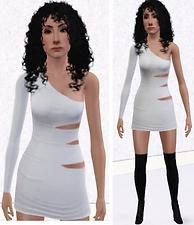 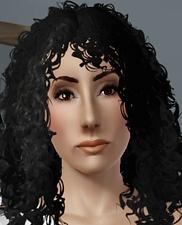 Created by Audrey
View all Downloads
Uploaded: 2nd Apr 2011 at 8:16 PM
Updated: 19th Feb 2012 at 8:46 AM
Cher was born Cherilyn Sarkisian and is an American recording artist, actress, director, and record producer. Referred to as the Goddess of Pop she has won an Academy Award, a Grammy Award, an Emmy Award, three Golden Globes and a Cannes Film Festival Award among others for her work in film, music and television. Cher began her career as a backup singer and later came to prominence as one half of the pop rock duo Sonny & Cher with the success of their song "I Got You Babe" in 1965. She subsequently established herself as a solo recording artist, and became a television star in 1971 with The Sonny and Cher Comedy Hour, a variety show for which she won a Golden Globe. A well received performance in the film Silkwood earned her a nomination for the Academy Award for Best Supporting Actress in 1984. In the following years, Cher starred in a string of hit films including Mask, The Witches of Eastwick, and Moonstruck, for which she won the Academy Award for Best Actress in 1988.
Cher is the only artist to reach the number one on the Billboard charts in each of the previous six decades Her hit dance single "Believe" is her biggest-selling recording and was the best-selling single of 1999,having sold over 10 million copies worldwide She holds the Hot 100 record for the longest hit-making career span, with 33 years between the release of her first and most recent #1 singles, in 1965 and 1999.Cher ended her 3-year-long "Farewell Tour" in 2005 as the most successful tour by a female solo artist of all time. With a career lasting over 45 years, Cher has sold over 100 million records worldwide. After a three-year hiatus and retirement from tohttpuring, Cher returned to the stage in 2008 at Caesars Palace
in Las Vegas where she is currently performing her show Cher at the Colosseum. Cher has a deep contralto vocal range.

Thank you mods for sticking by me when I wanted to give up. Now that she is on the board, I am grateful to the 'Cher Team'. Special thanks to Leesester and Daluved for your personal help

Thank you to my friends in CFF. You know who you are and you are the best. Mwah. 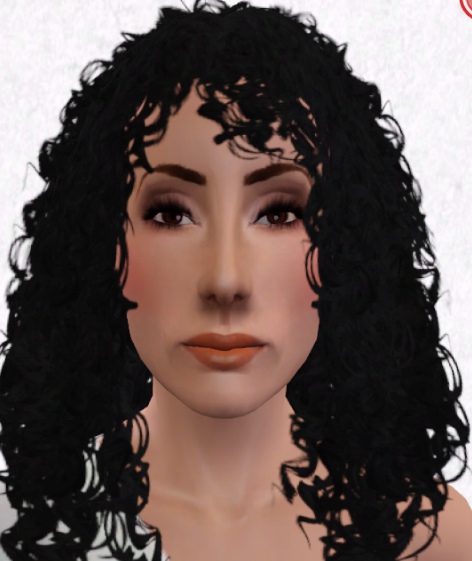 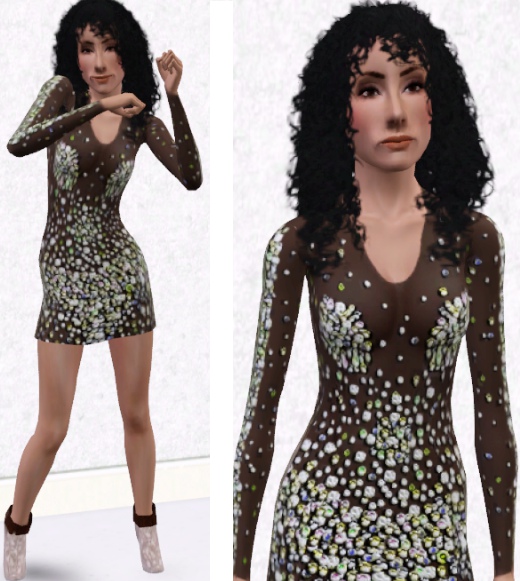 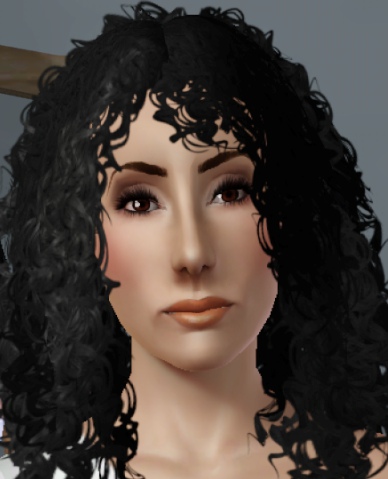 Female skin by Lemonleaf: HERE
Moving contacts by flajko: HERE
Shady brows converted by Daluved1: HERE
Hair not packaged with Sim by SAU Myos #14 converted by Cazy: HERE Unfortunately this hair is not available to download anymore which is a shame.

Please do not try to change anything on her face if you do not have the following:

Moreawesomethanyou by Pescado:HERE
I have my sliders set to the max of 5.
Ahmad’s facial sliders:HERE

If you download Lemonleaf's skin or any non-default skin and you want it to show up in CAS you need to download the following mod:
Anach Sims 3 Tweaks:
HERE

This sim is packed with default skin (Aikea Guinea): HERE and hair by EA