Silent A Plus Report Card 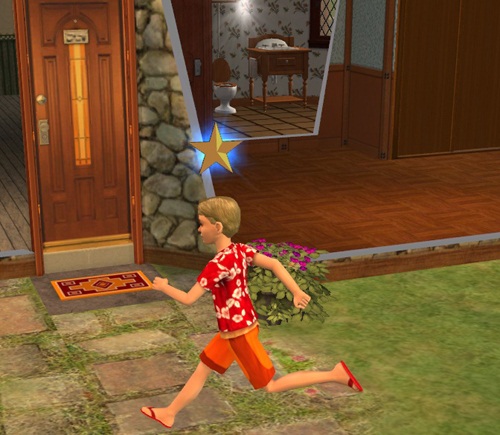 279 Thanks  Thanks     35 Favourited
This is a global mod specially meant for Apartment Life players. It will change the routine for A Plus report card when children and teens arrive from school, interrupt their parents interactions just to cheer (mostly far too late), or simply fail and cause errors where the kids don't even get the proper memories.
Kids will leave the bus and at its turn will get the memories of A plus when they reach such grade. The golden star effect will appear a little later as always and you will know that the kid got A+.
The advantage over the game normal behaviour is that it is meant mainly for Apartment Life, when apartment neighbors go to school everyday but never get the A+ memories. The new rule is: if the apartment kid neighbor has also the same condition for A+ report card, it means, the kid has somehow reached at least A minus, (s)he is already entitled to the respective memories and will get them. You won't need to play again the same apartment when your kids have for example grown up on a weekend and you cared already that they studied enough to have A+, using any cheat object or whatever you have in your inventory. Just play happily another apartment in the same lot. Even if you are not playing kids in the present lot, the bus will arrive normally and other neighbor kids will go to school. Difference: they will come back and get the proper memories and all that stuff. It doesn't apply to kids from other lots, only for apartment neighbors to the current family. The elimination of the game animations were necessary to allow AL neighbors to benefit from same rules.

It will clash with any mod using the same bhavs. So check if you do not have something similar you like best.

Additional Credits:
TS2 and SimPE were used for making this mod.