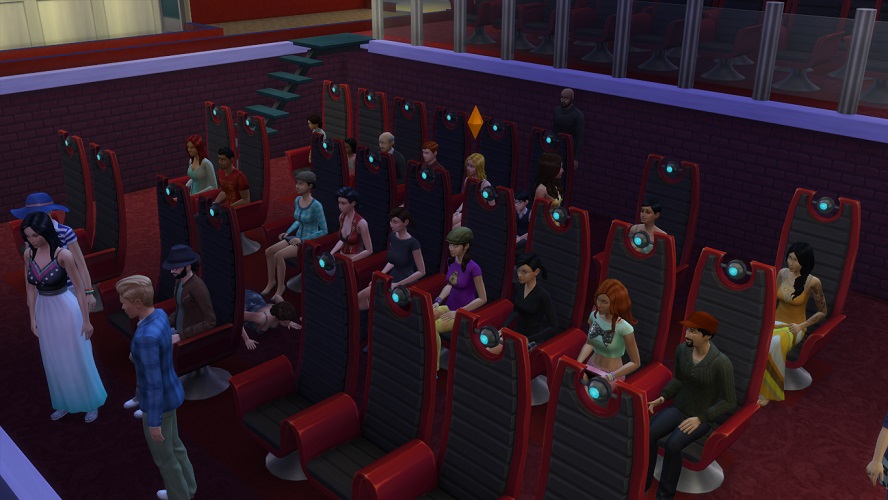 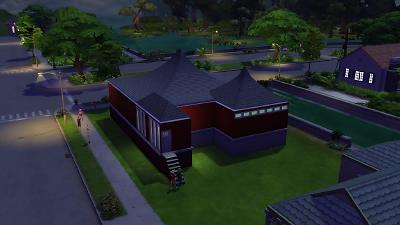 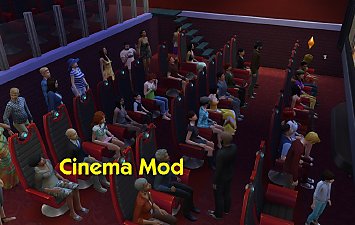 254,700 Downloads 1,003 Thanks  Thanks 464 Favourited 227,966 Views
Picked Upload!   This is a picked upload! It showcases some of the best talent and creativity available on MTS and in the community.

Created by simmythesim
View Policy / About Me View all Downloads
Uploaded: 1st Jul 2015 at 7:58 AM
Updated: 27th Jul 2015 at 11:17 AM
V1.4 reduces the "sims not sitting down" issue!
Are you tired of no awesome spots in town to go to? Well, you could go to a spa, but you could also go to a cinema! I bring you the Cinema mod!
This adds a new venue, called "Cinema" which acts as an active hotspot packed with 40 sims(30 sims with the reduced version) at peak times!

I've uploaded an example cinema, named MXS Cinemas, but you have to select "Include Custom Content" to see it.

Inspired by The Sim Supply's Room Build of a home theater.

There are two versions: one that has the max at 40 sims and another which is reduced to 30. Install only one!!

NOTE: If you have another sim cap increasing mod, like "More Customers" and "Longer Parties and More Guests", remove the "Increased Sim Limit" part of the mod, because those already include it.

I also strongly suggest that you disable "Uncompressed Sim Textures" even if you have a strong computer, because the game will crash if there
are too many sims with uncompressed textures on.

If you have Get To School, don't worry, this mod supports it. Just remove the Zerbu- Venue List file and put in my modified Zerbu - Venue List mod.
Changelog
V1.4
Reduces the sims not sitting down issue!
V1.3
Compatible with Spa Day!
V1.1
Fixed a bug where I accidentally included the Increased sim limit part of the mod inside the main mod.
Added a new version, Reduced sims! This lowers the maximum sims to 30.
BUGS: Musical Chairs bug will appear if you place two tv's on a cinema lot, I don't know why this is happening, it just does.
Sims fighting over the tv: If sims start constantly switching channels, simply leave the lot and come back
A small amount of people are reporting that this causes infinite loading screens when you travel to the cinema lot, I don't know why this is happening, most likely it can't be fixed.

Additional Credits:
S4pe
Zerbu for his original venue list files and the mod workshop.
Other Information

Semi-retired from modding, still making new discoveries for The Sims 4, though.