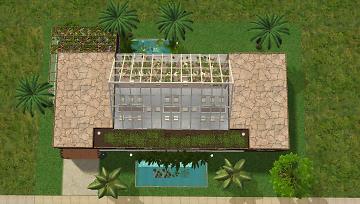 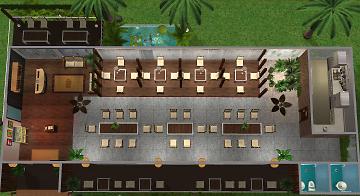 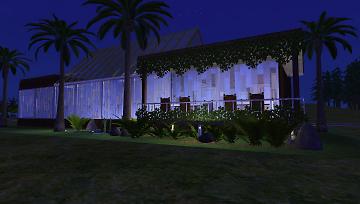 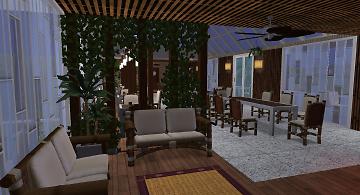 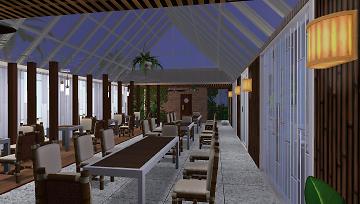 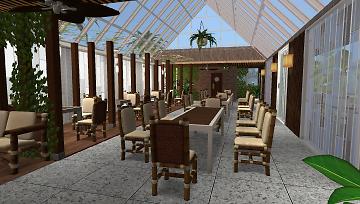 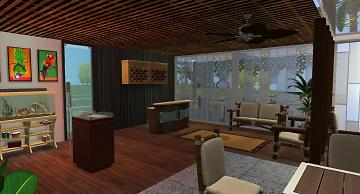 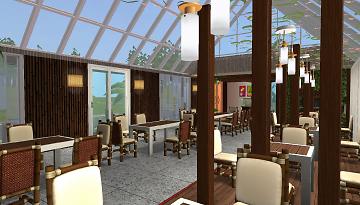 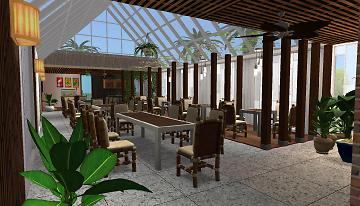 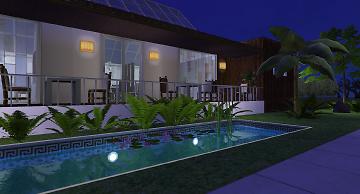 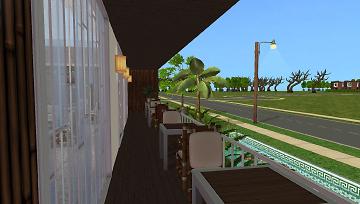 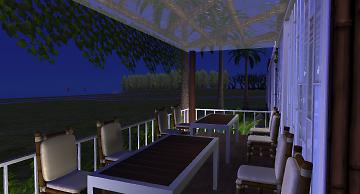 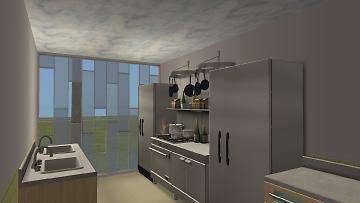 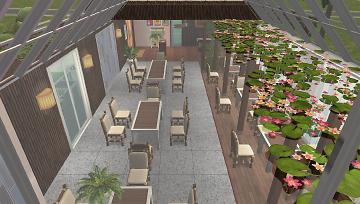 
In order to get my Adventure & Travel sticker, I decided to go ahead and refine my entries for the Wanderlust contest that we had a couple of months ago. This particular lot was my first entry, a tropical restaurant. For this round, we had a budget of 80.000 simoleons and had to use either a 3x2 or a 2x3 lot. This upload is pretty much the same as the version I used as my entry, with only minor differences regarding the custom content used. During my revision of this lot, I removed a couple non-essencial CC items which I had used in the contest (for example, a recolour of the columns). Thus, the price tag dropped a little, from 77.234 to 76.344.
I didn't change much as this was my best entry, IMO, and I was quite happy with the end result. Future uploads of other entries will require a fair amount of work first. For this one, I just had to retake screenshots, as one of the judges commented "Your screenshots do not do your lot justice.". I think they do now, as I was using the default camera back then and now I'm using a camera mod (this one), which allows me to take far better inside pictures. I also chose to take many pictures at nighttime, as I feel like this lot is stunning during the night. My absolute favourite screenshot of the lot is this one: 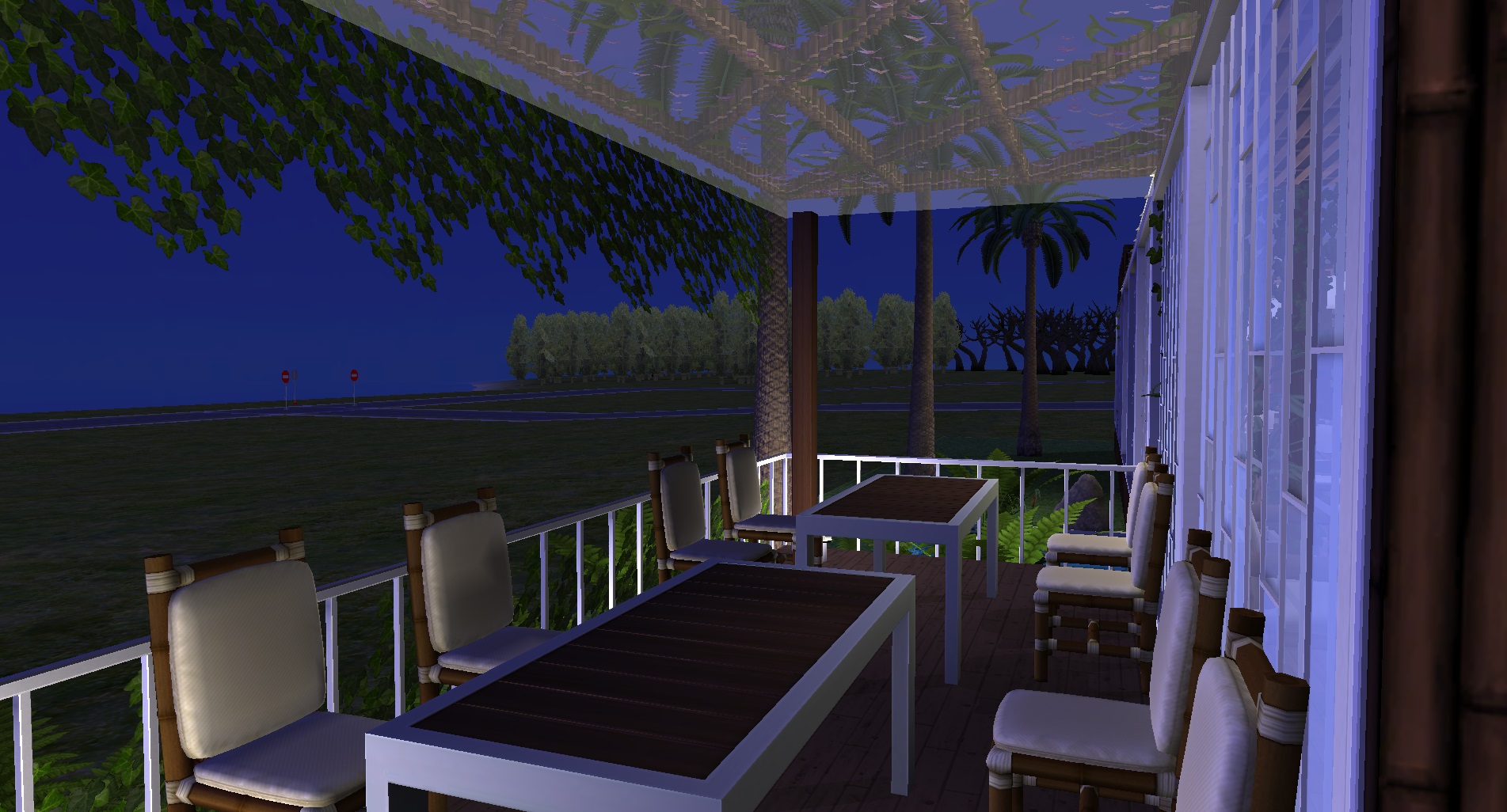 This picture brings me to an important point. I used mustluvcatz's Creeping Ivy quite a lot in this build, and unfortunately I didn't use the master file. Thus, I didn't include them in the Sims2Pack as you would have to go and get the master either way. So, if you want the lot to look exactly like the screenshots, I recommend you go there and download the set if you haven't already. If you don't want to, that's fine as well, as the wall ivy that came with one of the EPs (can't remember which one) can also work, or you can forget the ivy altogether.

Finally, most of the "Trivia" I added in my original post no longer applies: I got the Pond & Sea Water Overhaul mod working and, because of the new camera mod, I can showcase the kitchen's sinks

. The origin of the name still aplies, though. (*whispers* Garswn should replace Garden in every dictionary from now on)

In case you are wondering, the first 50 meals of the restaurant have already been served, so I'm sorry to announce you will have to pay for your own meal! Anyway, I hope you like this restaurant. If you run into any problems, let me know and I'll try to address them.

Lot was cleaned of Sim references using Chris Hatch's add-on for Mootilda's LotCompressor, even without any Sim having ever set foot in the uploaded lot.