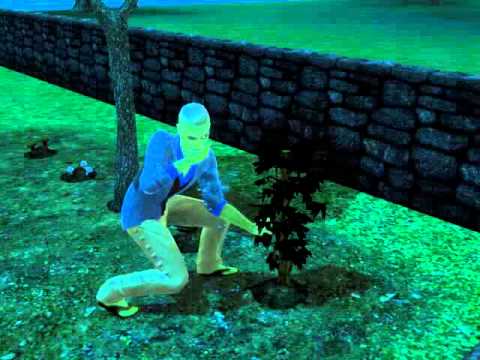 Created by kls77 View Policy / About Me View all Downloads

After growing quite tired of zombies killing the plants in my gardens I used S3PE to search the GameplayData package for zombie related items and found three items I could change that should eliminate the problem.

First I found Lot_ox66e02479706b771a which has a line called kNumZombiesToDance which I changed from 5 to 1. I figured that if any zombies that appeared on my lot were busy dancing they would be too busy to eat and kill my plants.

Next I found Plant_0x2daa8b8e789f61a which had two zombie related items. I changed kChanceZombieGetsNauseous from 0.2 to 1 to increase the chance that eating a plant would make the zombie sick and therefore hopefully quit eating it. More importantly I changed the value of kZombieKillsPlantMinutes from 60 to 990. With the new value of 16.5 Sim hours there should be no chance that a zombie could kill a plant before the sun rises and removes the zombie buff.

Finally I found PvZSunFlower_0xee95e55248de926c which oddly enough also had settings for kChanceZombieGetsNauseous and kZombieKillsPlantMinutes only these defaults were set to 0.5 and 5 respectively. I changed these also to 1 and 990 to match the ones in the Plant setting.

I haven't seen a dead plant caused by a zombie since I made these changes so I thought it was time to share with the rest of the community. I know there are mods to eliminate zombies entirely but I don't mind the fact that there are zombies, I just didn't like them killing my plants. It seems highly unlikely that this mod would conflict with any others but if you have another tuning mod that modifies one of the three tags I listed above then there will be a conflict.

Additional Credits:
Thanks to S3PE which made it possible to extract, modify and repackage these tunings.
Other Information