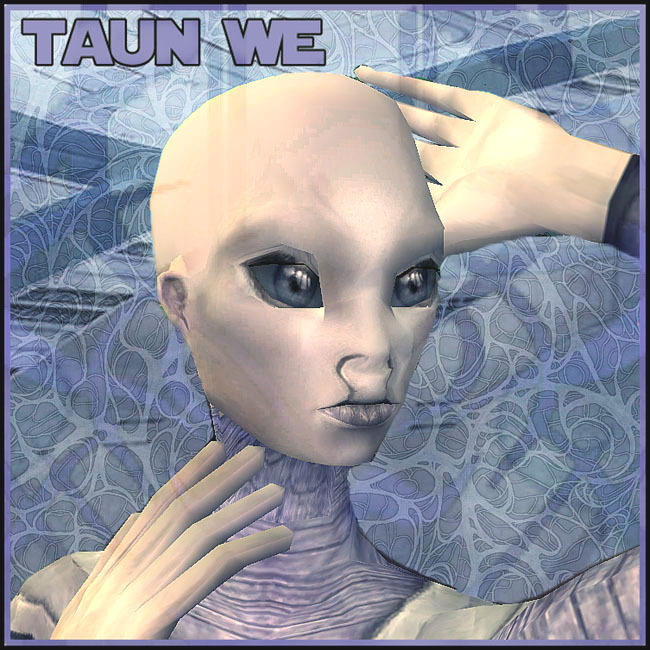 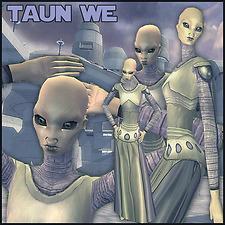 351 Thanks  Thanks     28 Favourited
This is a new mesh recolour, and means that you will need to download the particular mesh itself in order for this to show up in your game. See the Meshes Needed section or read the text for more information.
I've been always fascinated with kaminoans so i thought i should give it a go and try to make a sim that looks like one. As far as clothes go i think this dress looks okay, but as for the sim, well, i couldnt do anything better than this so i'm including a face mask instead, just in case someone's willing to try to sim Taun We. It matches well with pale greyish kind of skintones, but you have to fiddle with the nose of the sim quite a lot to get those nostril-things right. I know that her dress is not split at the front here, thats because i just didn't like the idea of a kaminoan flashing her bits like that :D

I used the stretchskeleton cheat to make her look taller and skinnier on the screenshots. She looks very graceful and ethereal that way

Taun We was a female Kaminoan with a gentle nature, who glided easily through life. She was the administrative aide to the Prime Minister of Kamino, Lama Su, and served as Project Coordinator for the Republic clone army. Of all Kaminoans, she was perhaps the most versed in Human emotional psychology. She studied the subject so that she could help the clones develop into mentally stable individuals—and not secondarily, establish a friendship with bounty hunter Jango Fett.

The dress mesh was made by Brianna


These recolours may or may not be endorsed by vectorlover.