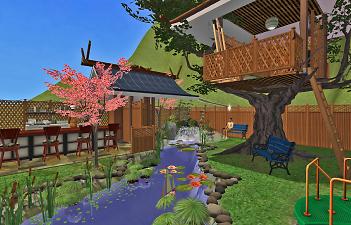 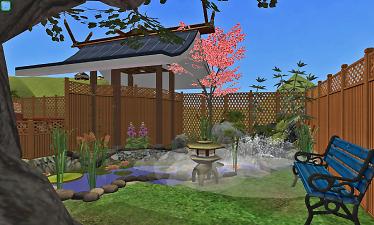 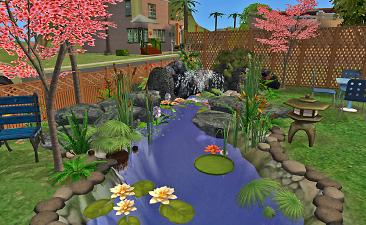 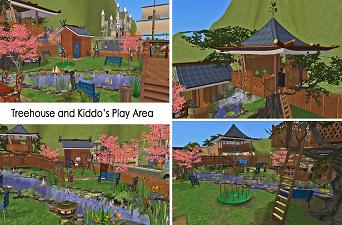 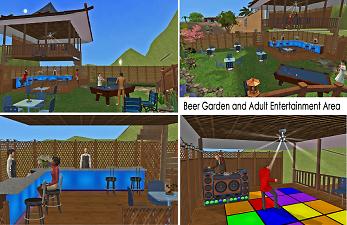 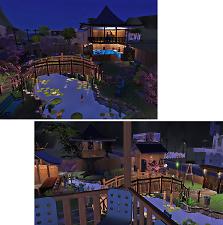 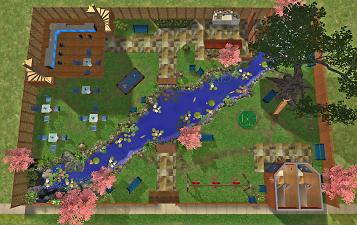 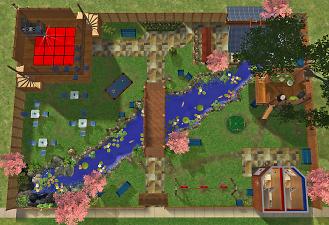 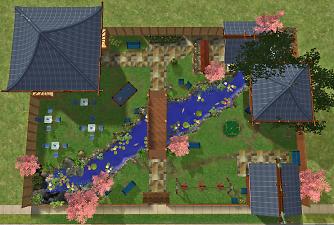 122 Thanks  Thanks     39 Favourited
Picked Upload! This is a picked upload! It showcases some of the best talent and creativity available on MTS and in the community.

As it says on the picture - this was originally made for the "It Takes a Village" building contest. It's just taken me a while to get it uploaded...

This was a no CC round, with the exception of 'build' items... and, uh, I added a few

of those... yeah. Mostly plants, rocks, and Windkeeper's lattice fence set from TSR. The lot was designed to fulfill the 'Village Local' requirements for the contest - which means it is a watering hole for everyone in the community. And it includes: a bar, at least 4 chairs, beer garden, swingset, pool table, tv, plus a quick service food area, dance floor, vending machine, an arcade game, public restrooms, and lots of garden areas to sit and enjoy the ambiance. 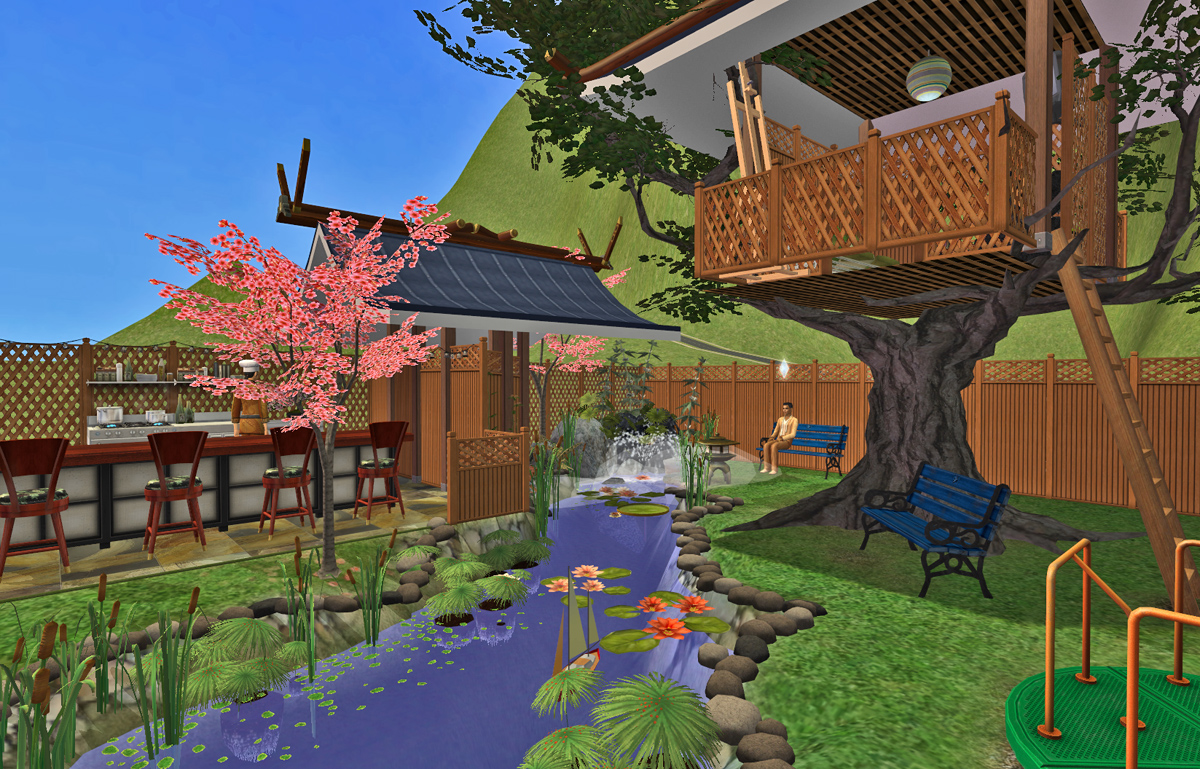 I built this lot shortly after MLC introduced us to her wonderful treehouse (above) - I just had to play around with it! It is totally amaze-balls!
Up in the treehouse your adventurous sims will find a couch and chair, a TV with game station, some books and toys, an easel, and an arcade game. That is one hefty treehouse! 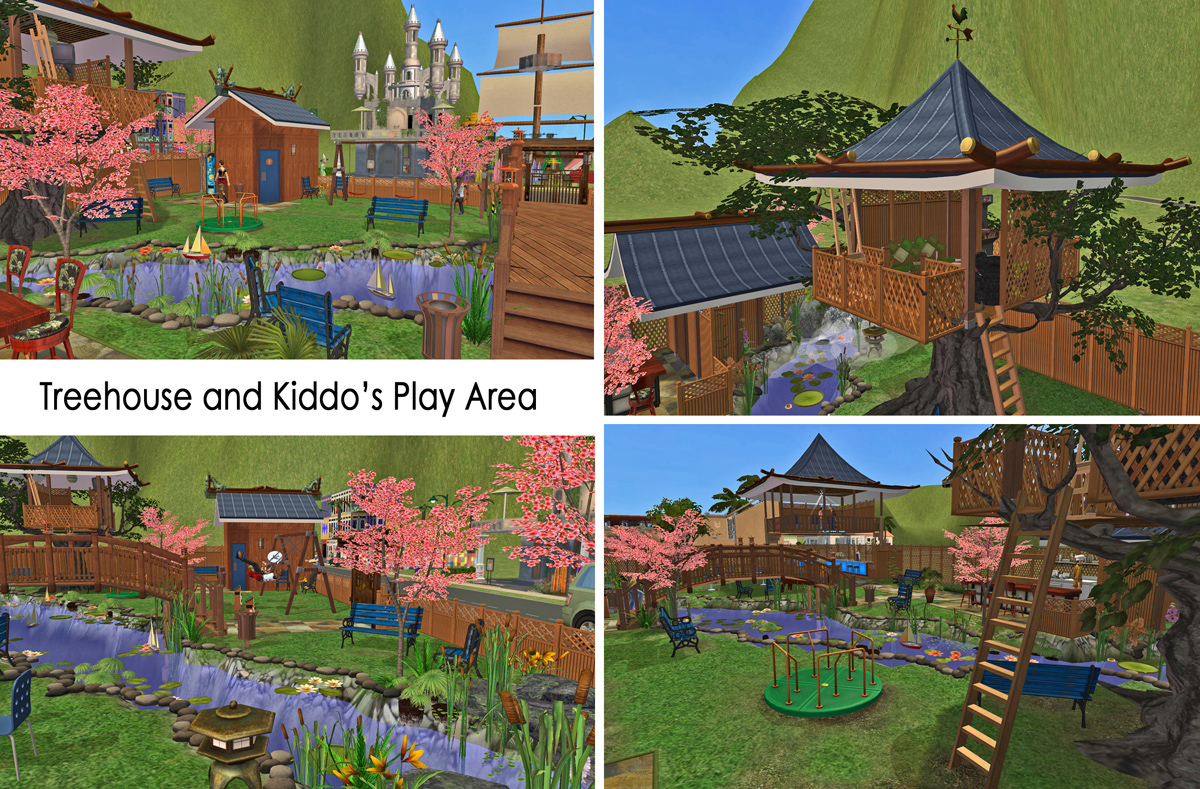 The above pictures show the front part of the lot - the kid's play area. This side of the bridge caters to kids of all ages. The main restrooms are also here.

Once you cross the bridge, you're in the Adult area, featuring the bar and beer garden, dance floor, pool table, and quick service food stand. There is an extra, small, unisex bathroom tucked away behind the food stand. 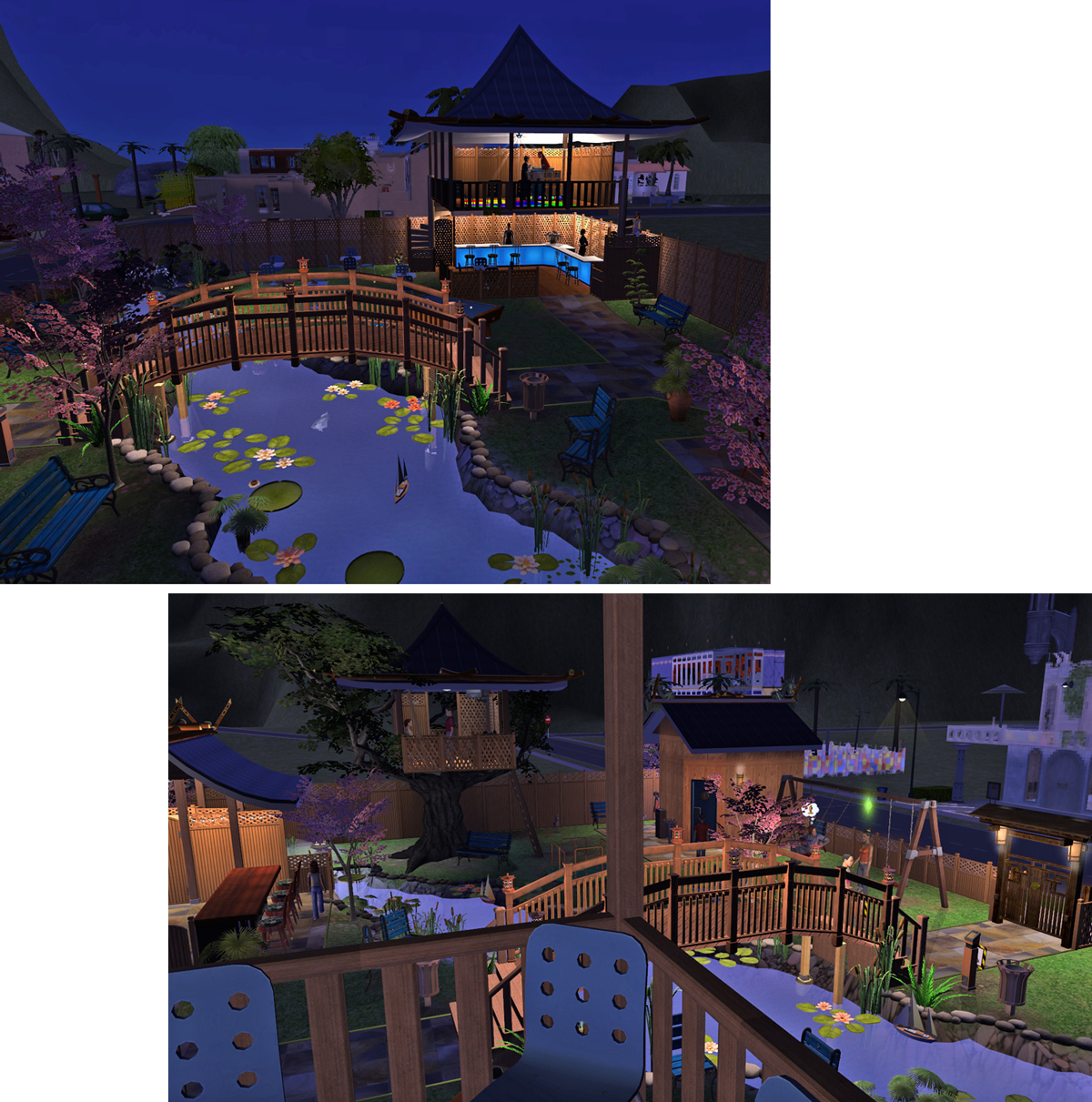 Despite the DJ upstairs and wild kids running everywhere, this park exudes calm. Find a bench, have a seat, listen to the quiet Japanese music playing subtly in the background and let your worries fade away...

Additional Credits:
Special thanks go to Loaf for hosting the contest; and to karen_lorraine and ekrubynaffit for finishing up everything

Thank you to the creators of the wonderful CC I used in this lot!
Thanks also go to MTS2, for being such an awesome site