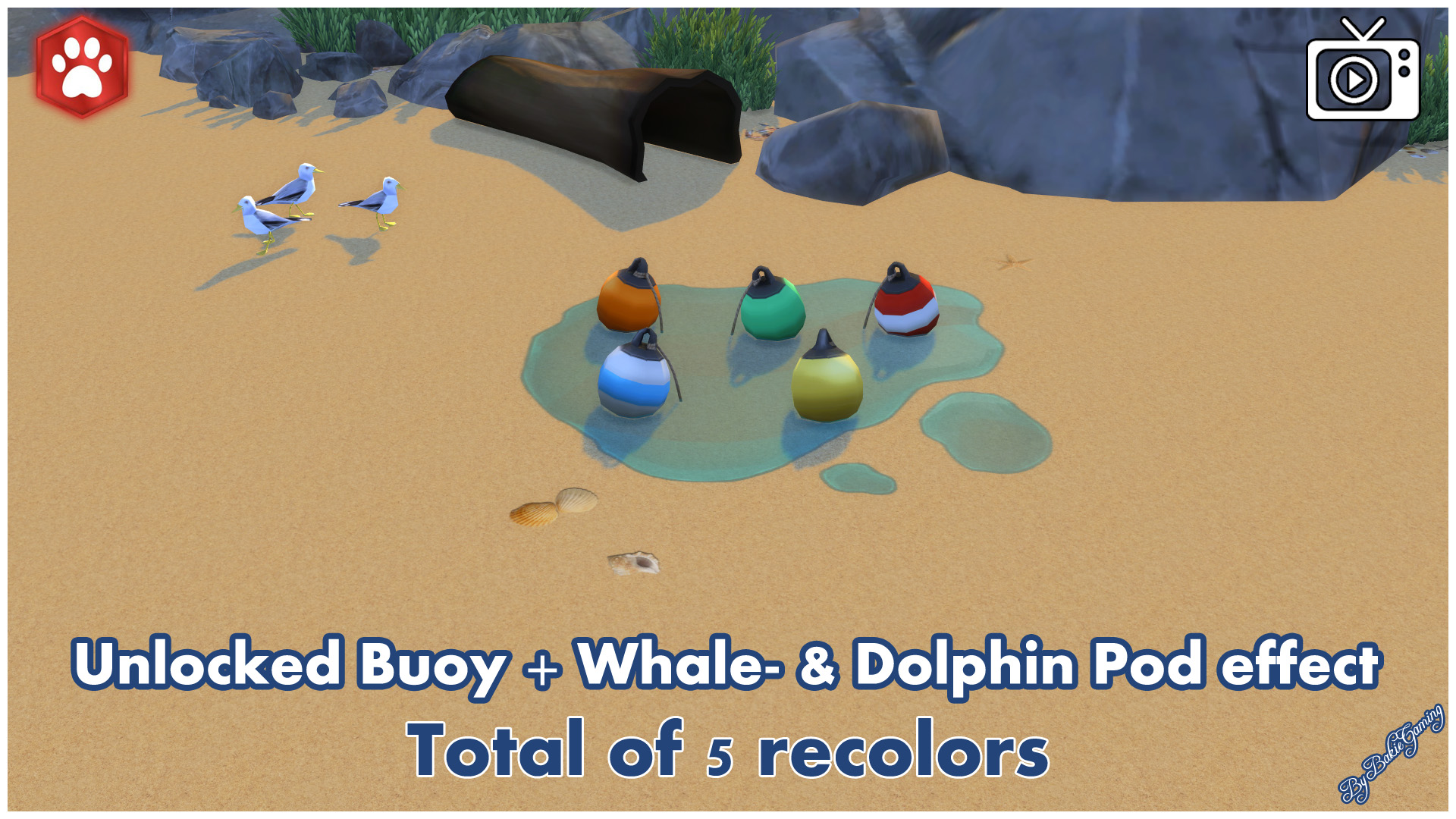 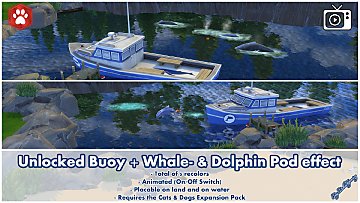 238 Thanks  Thanks     51 Favourited
This is a Maxis Recolour which means that it is a recolour of an item that already exists in your game. Please check the Expansion pack requirements to see which game pack it recolours. 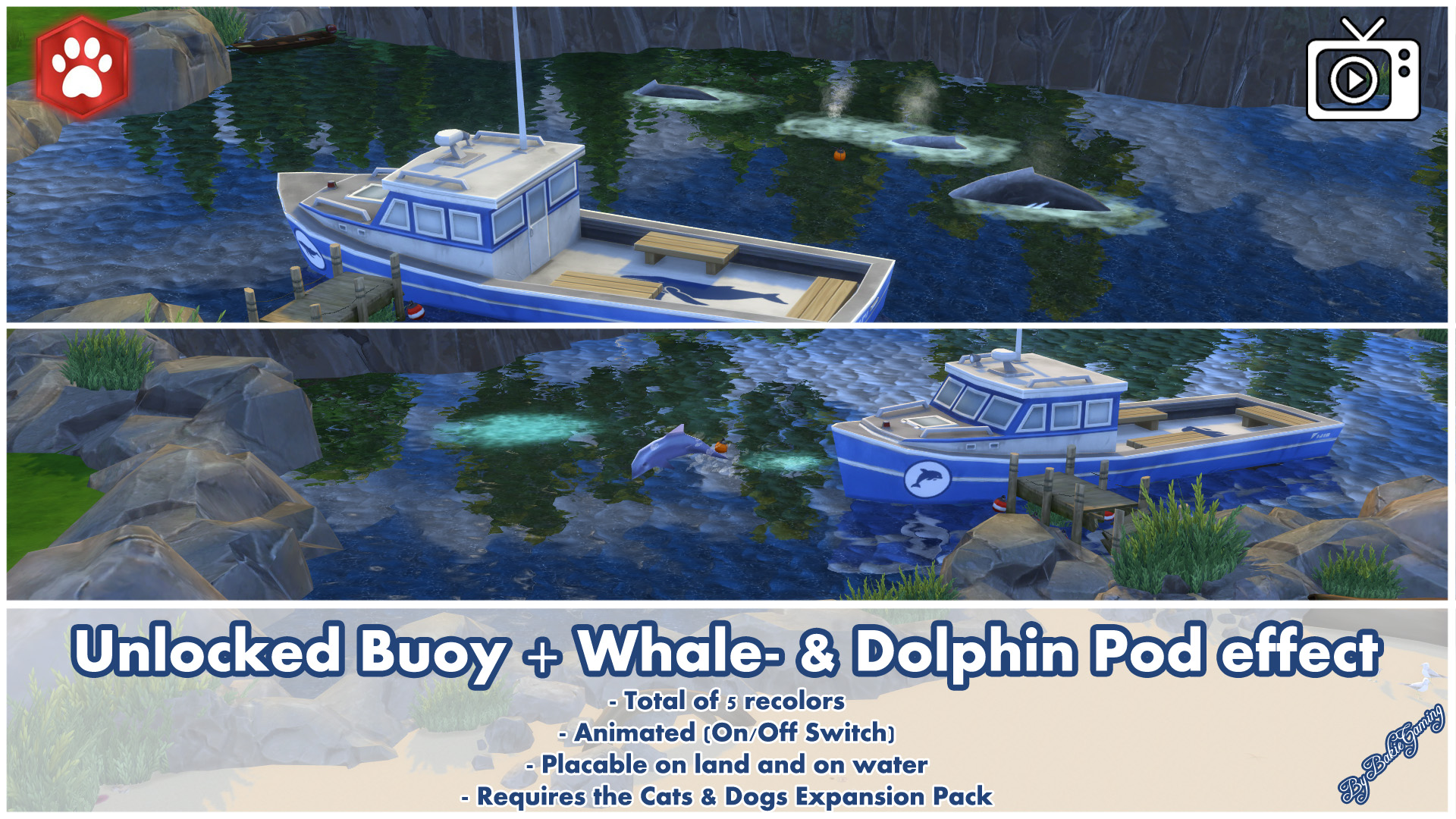 To see the actual Whale and Dolphin Effects, get some more info and being able to download the Tour Boats, please watch my Youtube Video:
Bakies The Sims 4 Custom Content: Unlocked Buoy + Whale & Dolphin Effects (it's only 3.56 minutes long)

Now these items are also placeable on the Ocean's Water Surface
Please RE-DOWNLOAD and delete the old files!

Unlocked Buoy + Whale & Dolphin Effect
2 weeks back I finally released the 9th episode of my The Sims 4 Effect Player Series, in which I showed you how to make whales and dolphins to appear in your game.
If you haven't seen it yet, click the video link above this text.
At the end of that video I said that I will also be looking into a way to make the Whale and Dolphin pod effects into a mod.
That is exactly what this mod is all about!

As object I decided to unlock the buoy which normally could be found in the waters around Brindleton Bay.
Just like those Buoys, these also come in 5 different colors.
I also made them able to be placed both in the water as on land and added a slot on top of them for another mod which I haven't finished/released yet.
It also comes with an on/off switch interaction to make a pod of whales or a pod of dolphins to appear once. When turned off, also usable as decoration.
To see the actual whale and dolphin effect, take a look at my YouTube Video that can be found right underneath the first image.

Object information:
This mods Require the Cats and Dogs Expansion Pack.
The Buoy + effects mod is a standalone object, so it won't overwrite any other objects in game.
You can find it in in Build mode > Fountains > Fountain Decoration OR type Buoy into the search bar.
You can also recognize it by my "BakieGaming" icon in the lower right corner of the thumbnail.
The costs are: 15 Simoleons

I Hope you like this Unlocked Buoy with Whale and Dolphin Effects and will give me some credit if used in screenshots or videos!

>> Want to share my mods? <<
Besides giving me credit and linking back to this page, I would appreciate it if you could add my video too instead of (only) the thumbnail.

Need more information?
Back to download view
14 Comments / Replies (Who?)