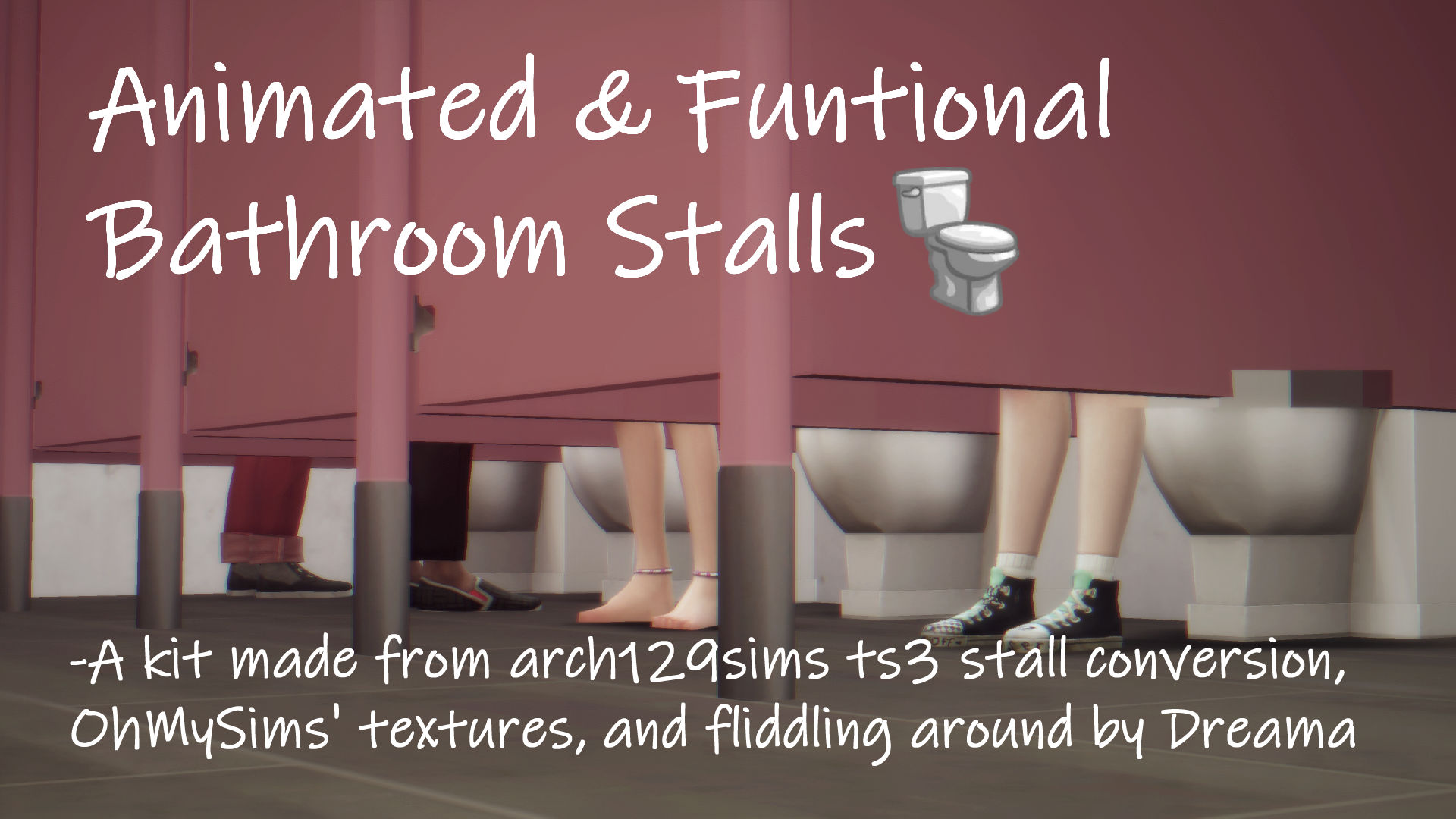 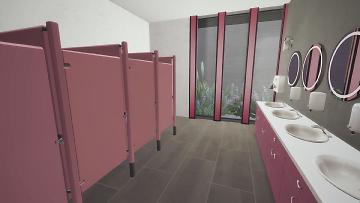 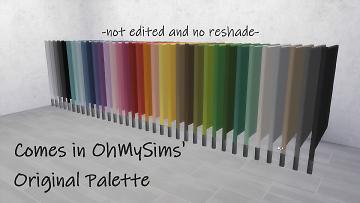 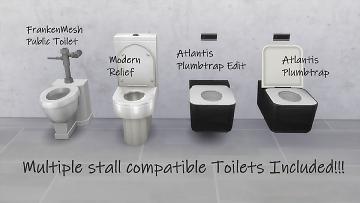 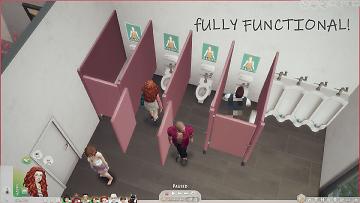 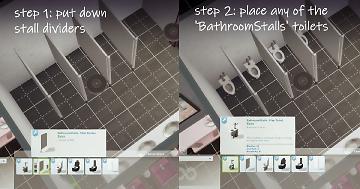 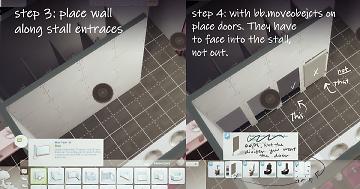 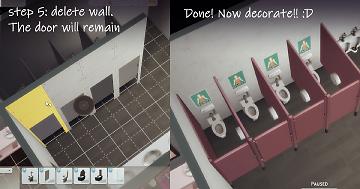 30,950 Downloads 561 Thanks  Thanks 210 Favourited 69,877 Views
Picked Upload!   This is a picked upload! It showcases some of the best talent and creativity available on MTS and in the community.

This set has been updated for added functionality here:https://simadream.tumblr.com/post/6...-might-remember

We have a talking toilet and now a golden toilet but no bathroom stalls?? I really didn't like having small rooms that looked really odd in my public bathrooms, so I made this kit to make fully functional bathroom stalls.

While browsing tumblr, I ran into Arch's bathroom stalls conversion (btw, that basketball hoop, wow), and it occurred to me that they could be functional if the toilet, stall, and door were separate objects. I had used OhMySims' stalls before, but it bothered me that sims just phased through the stalls, so I wanted to fix that. I did not feel comfortable messing with OhMySims' stuff without permission, but Arch's TOU permitted modifying his stuff, so I used his mesh to make my kit. However, once I was done I really wanted more colors for the stalls and OhMySims had recolored them in such a beautiful palette, I went ahead and included their swatches since their item had broken some time back. I did try to contact them several months ago for permission, but I never heard back so I just hope including the swatches is okay. The TOU did not mention anything about object updates. If I'm contacted about it by them I'll remove the color swatches.

Anyway... so sims can use the toilets even when there's other people in the room, I made some toilets with custom tuning that disables the need for privacy. One of them, the pipe toilet, is a frankenmesh made from the GTW toilet and JPCopeSIms' Urinal. So, kudos to him for letting me do that. The rest of the toilets are 2 basegame toilets that looked like they could be in a public restroom, as well as a mesh edit of the Atlantis Plumbtrap toilet to remove the lid. That one is optional. Just keep the toilet files that end in '-tun' as these have the tuning XML in them.

btw, I hope people will make recolors of these. I'd love some dirty swatches with scribbles, phone numbers, and doodles on the stalls, lol.

Recommended CC:[list]Male Urinal by Menaceman44:
http://modthesims.info/d/581702
Specifics:
The whole kit can be pulled up on the catalog by searching for 'BathroomStalls'

-Name: 'BathroomStalls : Atlantis Plumbtrap (no lid edit)'
-Price: 755 (Same as Maxis')
-Directory: Plumbing under Toilets
-Polygons: 304 for High for all LODs
-11 Swatches (Same as Maxis' -- not shown. They're the ones it already had. I did not add any)

Additional Credits:
[/B]-Original Mesh Conversion was done Arch :
byhttps://arch129sims.tumblr.com/post/152641011355/makeshift-basketball-hoop-simple-garage-door
-Recolors by OhMySims:
https://ohmysims404.tumblr.com/post...y-yes-there-are
-'Pipe Toilet' pipe mesh obtained from Urinal object by JPCopeSims Actualizations:
http://sims4studio.com/post/95393/thread
-Created with Sims 4 Studio: http://sims4studio.com/
-Texture edits done in Clip Studio Paint
- Shoutout to Minimonster and Inabadromance for being patient with me and helping me get the pipe toilet to work <3
-preview picture taken in a redecorated bathroom originally by Peacemaker
Other Information