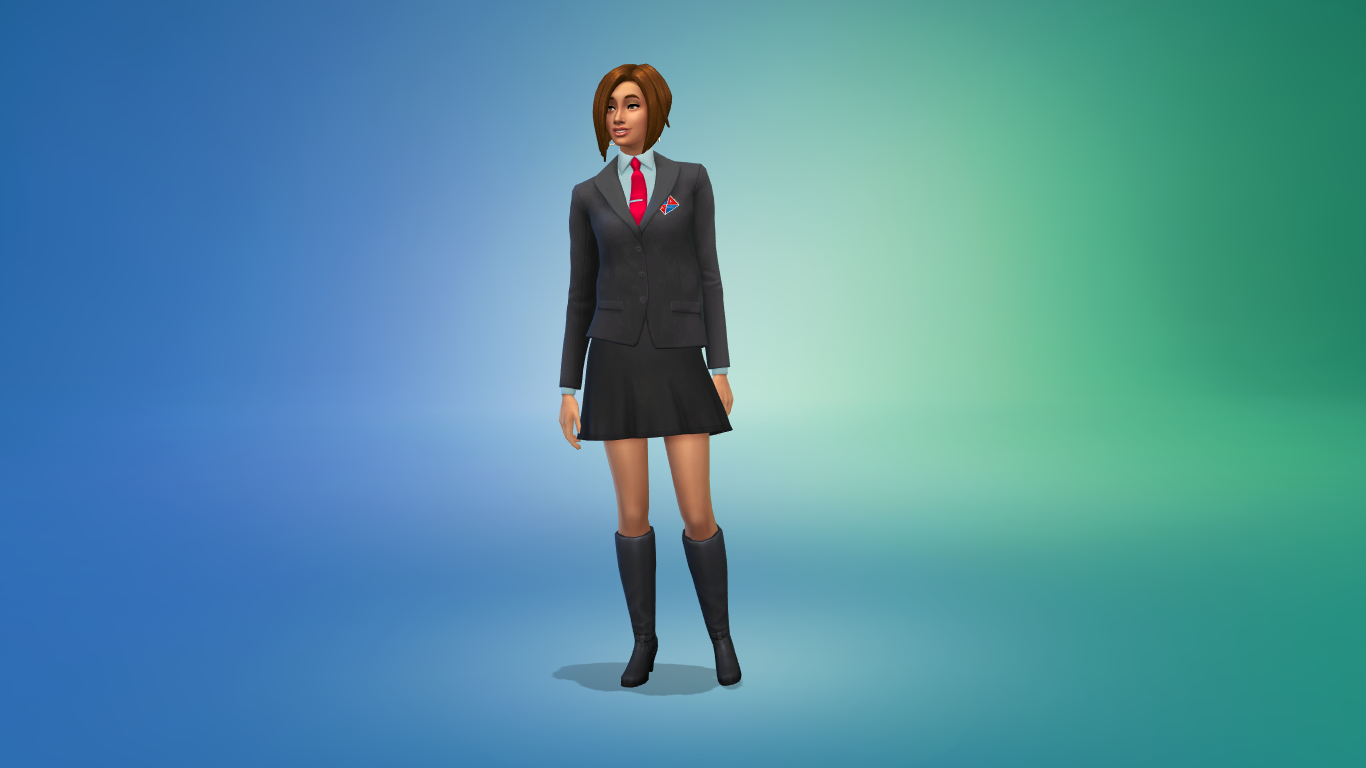 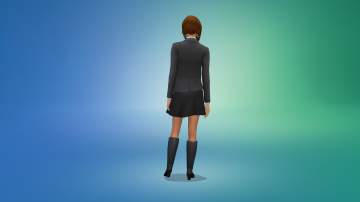 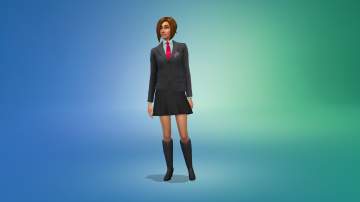 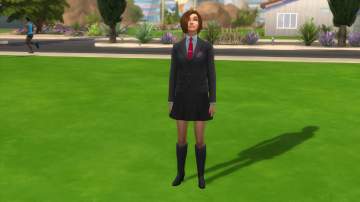 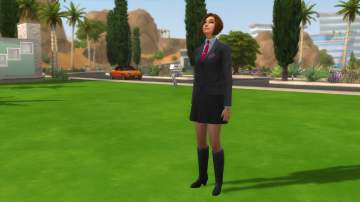 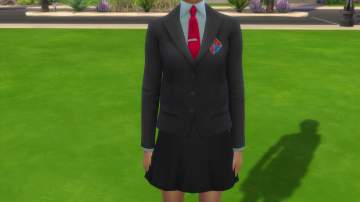 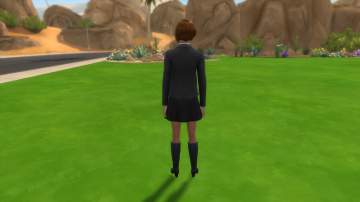 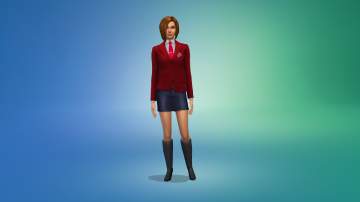 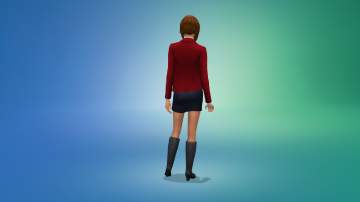 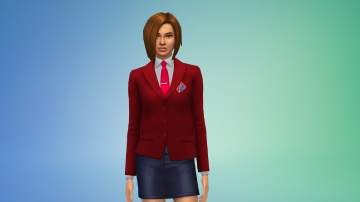 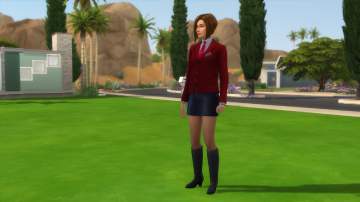 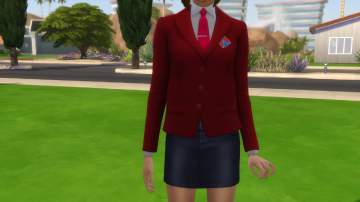 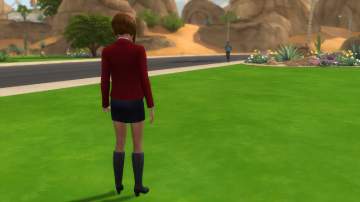 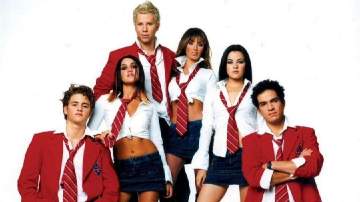 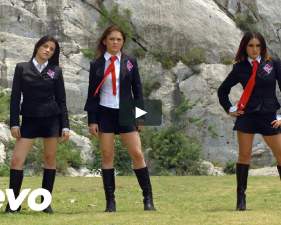 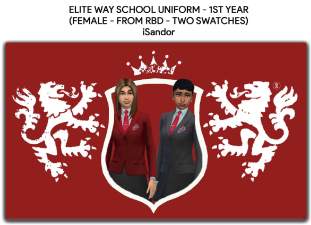 I'm back here with the female version of the Elite Way School Uniform!!

I'd like to sorry you guys because I couldn't make the tie of the red uniform as the original is... but that's not a problem! They swith ties everytime in the soap opera!

For those who don't know, RBD was a teen mexican soap opera that was released in 2004 and had three seasons. From the soap opeara, the group was launched and exploded around the world, being one of the most popular of that time (omg, I'm old ), and, actually, still is. Personally I still listen to their music and I love it.

That's why I decided to make the EWS uniform. 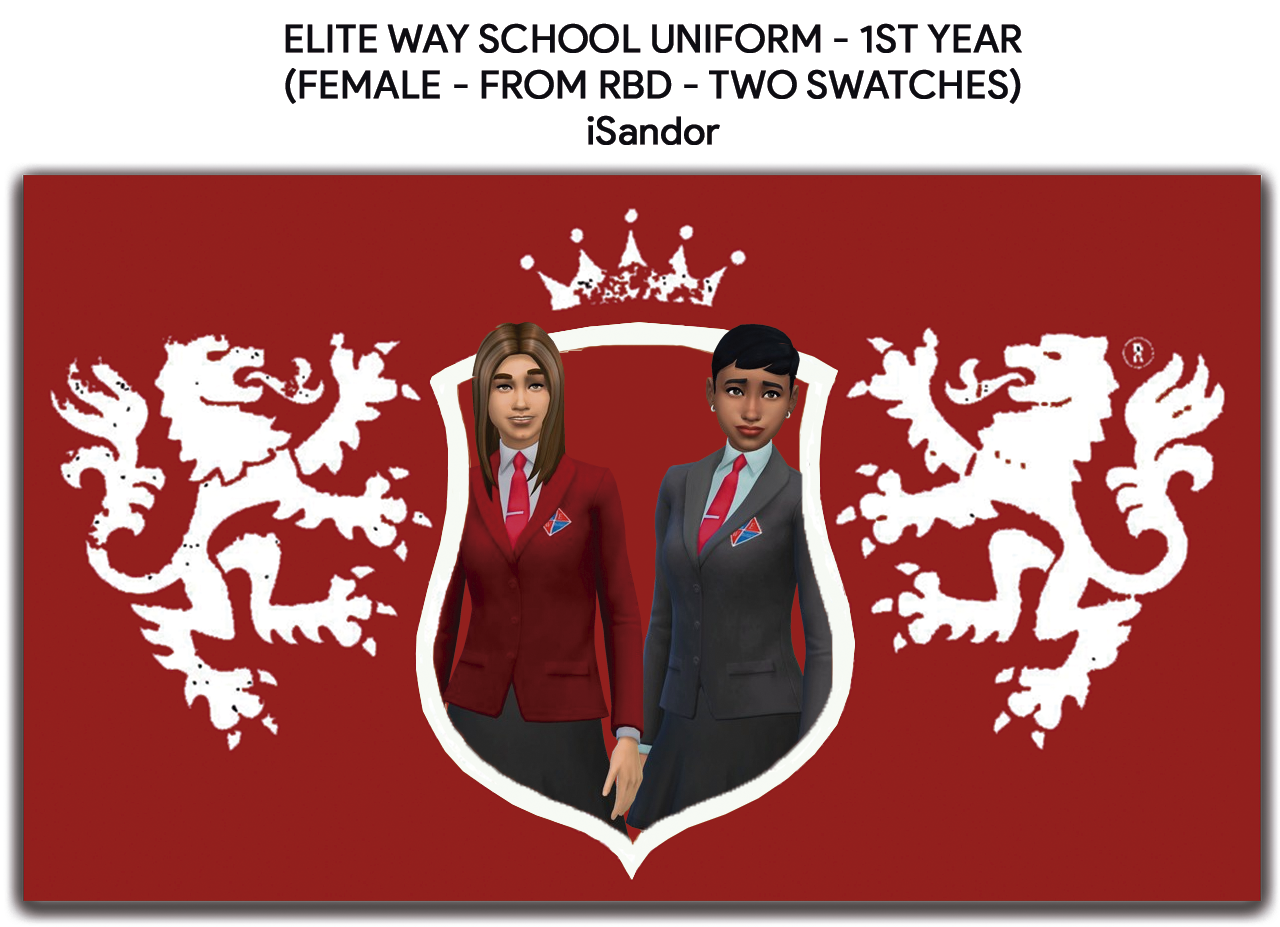 No further ado, this is the uniform of the first season (the caracters studied in a private school for wealthy people). This time, I'm back with the girls, as said before!

It has two swatches: the black and the red one; I've uploaded some pictures of the real group using the uniform for comparsion.

The only cloth I made was the top part... the rest of the set is already in the game.. so you'll need to have the following packs to make the whole set (as in the pictures):

You can find it in CAS, checking the custom content option in the top part category!

PS: the resolution in-game is not good due to my configurations. My "Sim visual effects" is low, otherwise my game won't run hehe. But the clothes are in good quality, as shown in the CAS pictures.

You can find the lads version here.

More outfits from series and other stuff are coming soon, as well as a pack of wallpapers and tiles and a pack of themed sets!

Archive Information
This is a Maxis Recolour which means that it is a recolour of an item that already exists in your game. Please check the Expansion pack requirements to see which game pack it recolours.
Archive: RBD - uniform 1 - season 1 - girls - top.rar
File: RBD - uniform 1 - season 1 - girls - top.package Included Custom Content
#1 iSandor@MTS yfTop EP03JacketTie