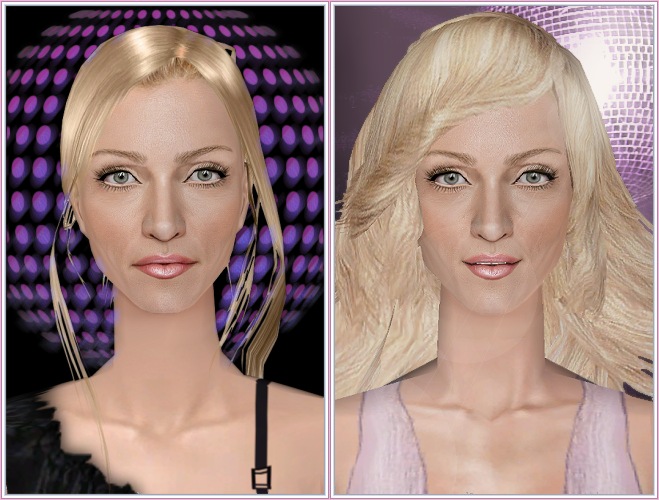 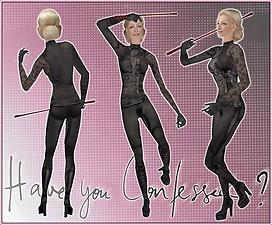 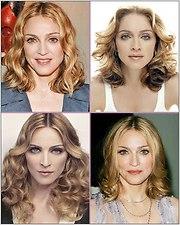 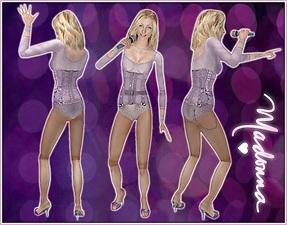 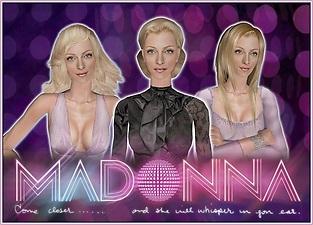 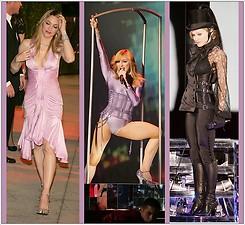 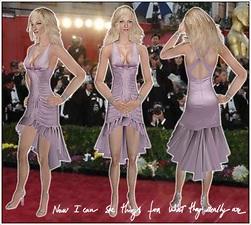 1,051 Thanks  Thanks     51 Favourited
Picked Upload! This is a picked upload! It showcases some of the best talent and creativity available on MTS and in the community.
“I'm tough, ambitious, and I know exactly what I want. If that makes me a b****, okay.” -- Madonna Base skin was made by Ren and I modified the female facial textures from toddler to elder. The main download comes with the lilac corset which uses Chrico's mesh (I included it in the .rar with the .sims2pack file so it *should* be included though the upload wizard didn't recognize it). The sim has base-game Maxis hair retextured by Donna at EyeCandy forums, which I recoloured and lightened up slightly.

You also have the chance to download two other outfits worn by Madonna - a black equestrian outfit she wore in the opening segment of her 2006 Confessions Tour, and a lilac dress by Versace from the Vanity Fair Oscar celebration party, also from 2006. Meshes for both outfits are included in the .rar files.