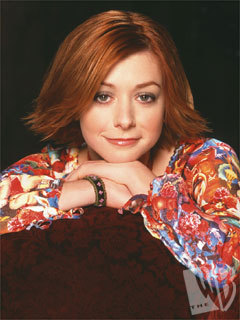 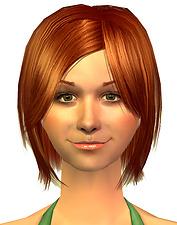 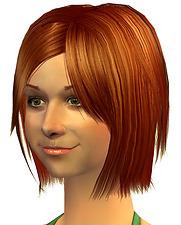 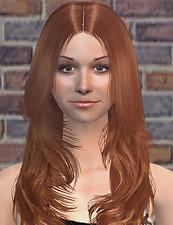 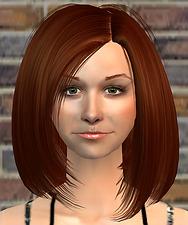 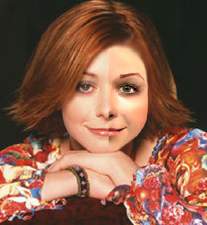 343 Thanks  Thanks     34 Favourited
Picked Upload! This is a picked upload! It showcases some of the best talent and creativity available on MTS and in the community.
This sim was requested a long time ago by HP and I finally got around to making her.

Alyson Hannigan is probably best known for her role as Willow, a Lesbian witch in the 'Buffy the vampire slayer' series and for playing Michelle Flaherty in the American Pie trilogy (American pie, American pie 2 and American pie: The wedding).

She stars in 'how I met your mother', a hit show from CBS. She has also been in various other films and in march 2004 she played in the west end stage adaptation of Nora Ephron's When Harry Met Sally..

She is of Irish-American decent.

DID YOU KNOW - trivia
ALyson has had two songs recorded about her: "Alyson Hannigan" by Juvenile Wreck, and "This One Time" (named for her famous "This one time, at band camp..." quotes from American Pie (1999)) by The Malcolm Effect.

Like HP, I also think Alyson is extremely hot and she will be retaining her lesbian tendancies in my game :D

If you'd like her to play the same in your game:
I'd suggest giving her turn on's of custom hair and make-up and a turn off of Vampires (for obvious reasons)

So.. onto the boring part.

Alyson comes to you dressed in the clothing she is pictured in. I have SO much CC that it's often hard to remember whats pay and whats not for use in pics and to use when uploading and I hate maxis clothing.

Alyson's skin does not have her dolphin or Kanji tattoos.

For Alysons hair to show up as it is pictured you will need to get the mesh from Raonsims (link at bottom of page). The recolour for it is included in the package file. It's the closest FREE hair I could find for her. If you happen to know the location of/or a willing to make an accurate hair for her I would be eternally grateful! I just suck at meshing.

The screenshots
There are a couple of pics of Alyson with alternatives hairstyle's that are similar to some of the styles she has sported in RL, Just to give you an idea of what suits her.

There is one half and half pic of Sim-Aly/RL Aly to help you to judge how accurate she is.

There are 3 in game pics of Sim-Aly in her packaged state and finally there is one pic of RL Alyson.

My policies
All I ask is that:

You dont claim her as your own work and that you dont upload her in whole or in part to any website.

YOU DO NOT USE ALYSON'S EYES AS A BASIS FOR YOUR OWN WORK AS I HAVE WORKED HARD TO MAKE THEM AS ACCURATE AS POSSIBLE AND THEY WILL BE UPLOADED AS A SEPERATE EYE SET VERY SHORTLY!

You may use her eyebrows for your own recolours with credit and a link back if you upload them.

Additional Credits:
HP for asking for this sim (a long time ago) in the first place and for providing me with an accurate picture of Aly's eyes!

Everyone who gave their input in the Creator Feedback Forum and helped me to make this sim as realistic as possible.


These recolours may or may not be endorsed by SimplicityFlower.