The Scarecrow of Oz 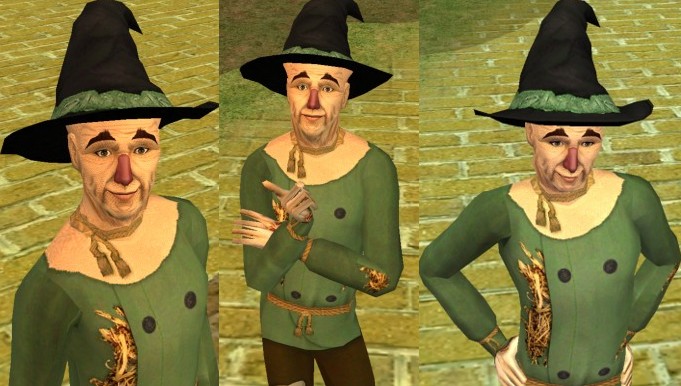 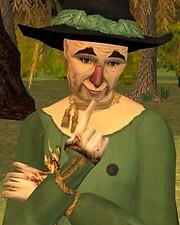 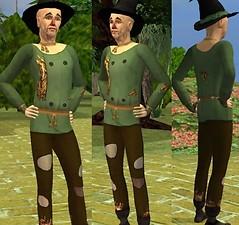 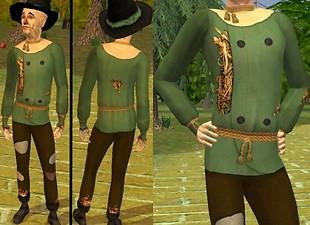 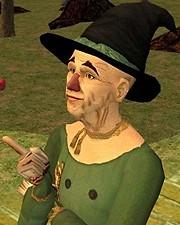 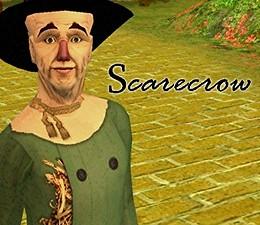 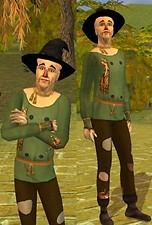 183 Thanks  Thanks     10 Favourited
Picked Upload! This is a picked upload! It showcases some of the best talent and creativity available on MTS and in the community.
When Dorothy first meets the scarecrow in “The Wonderful Wizard of Oz”, he is only two days old. According to L. Frank Baum, he received his senses as he was being assembled when the corresponding appendage was painted on his face (EX: Eyes = sight, nose = smell, and so on….). After Baum’s death, his authorized successor Ruth Plumly Thompson wrote “The Royal Book of Oz”, in which she contradicts Baum’s explanation, stating instead that the scarecrow is in fact a “reincarnation” of the “King of the Silver Islands”. However, in “Wicked” (the book), the wicked witch of the west (Elphaba) believes him to be her presumably dead lover, Fiyero, in disguise after he was brutally attacked by the wizards secret police and left for dead. This theory is later disproven in the book. In the musical based off of “Wicked”, the story is extremely similar to the one from the novel, except that the scarecrow dose in fact turn out to be Fiyero, who later helps the witch fake her death after which they runaway together giving the story a somewhat happier ending. 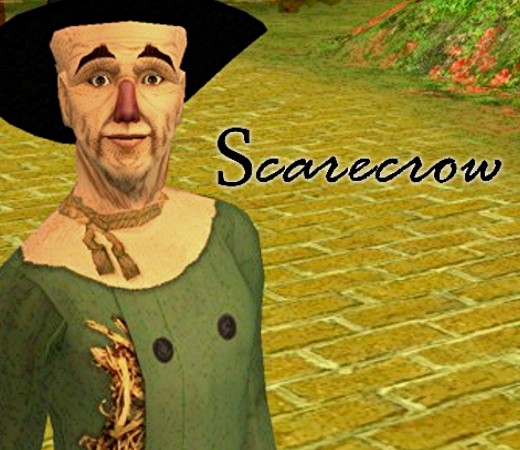 This is my version of the Scarecrow, fashioned mostly after Ray Bolger as he portrayed the character in the classic “Wizard of Oz” film. Once again, I specify “mostly”, because I realize he isn’t a perfect replica of Ray Bolger as the Scarecrow, nor was he ever intended to be. With my Wizard of Oz sims, I am more concerned with capturing the essence of the character than the appearance of the actor who portrayed them. I would still love to think they greatly resemble there film counterparts, but if in the end they don’t, I still feel like I’ve accomplished what I set out to do. I won’t even try to explain my deeply rooted obsession/fascination with this film, because it would simply take too long, and it might freak you all out a little too. LOL Anyways, I digress….. 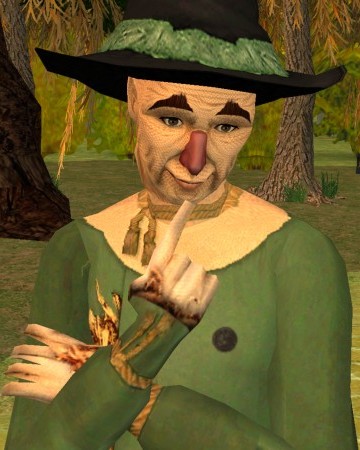 As far as meshes go, you don’t need to download anything extra IF you have Apartment Life installed. You MUST have AL installed for his hat to show up, because it is a re-color of the warlocks hat that came with the expansion pack. If you do not have AL installed on your computer, you must download the “No AL” file instead, because otherwise, he will have an invisible head in body shop, and while you can fix it with simpe, it’s just a lot easier to do it this way…. If you don’t have AL, here are some other hat ideas that you might be able to use instead (however you would have to recolor them yourself if you wanted it to look like the one from the movie)

His outfit makes use of a base game mesh, so other than that you should be good to go. 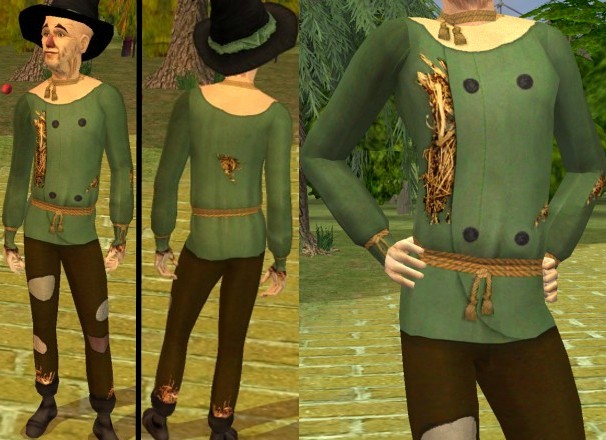