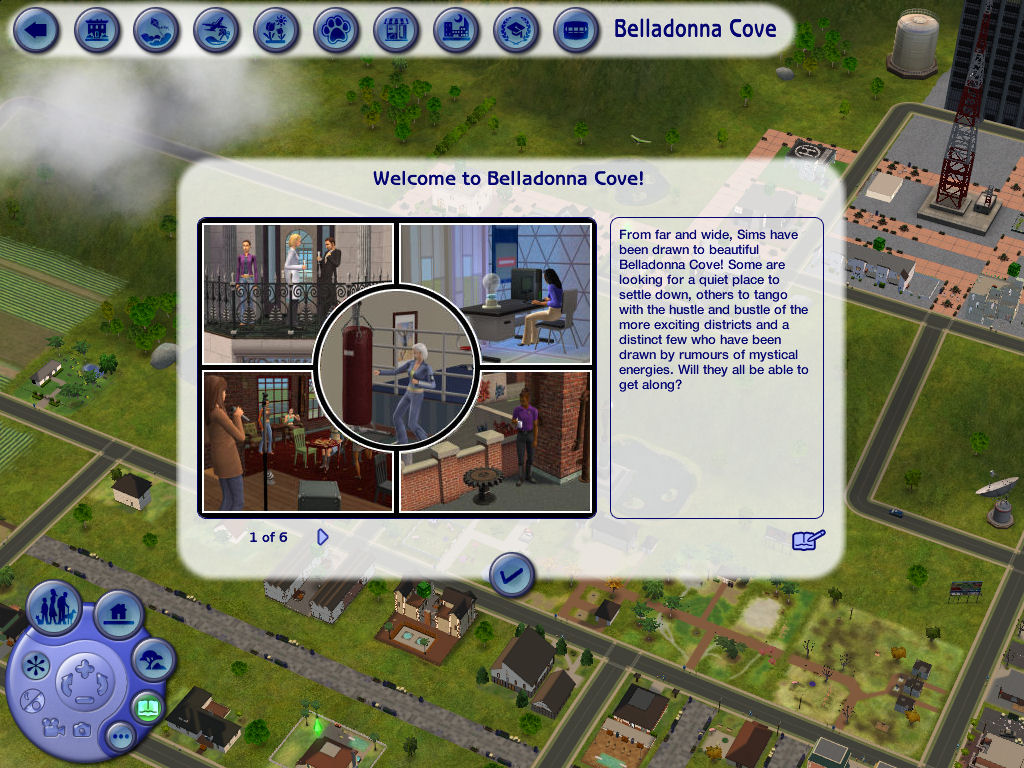 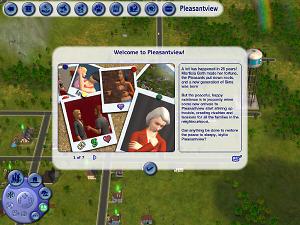 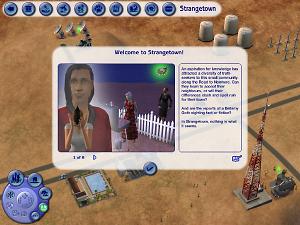 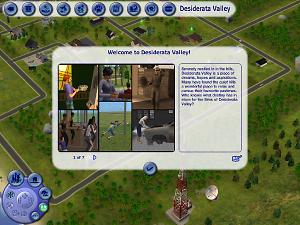 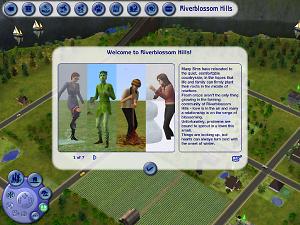 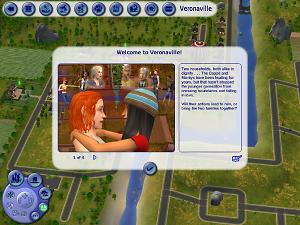 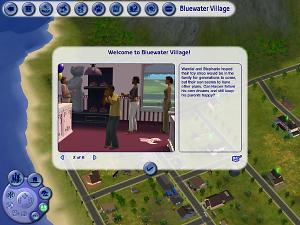 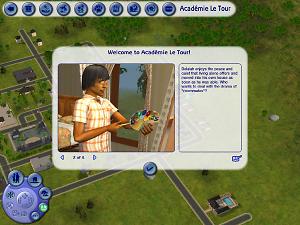 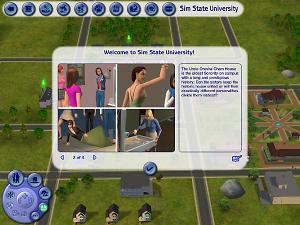 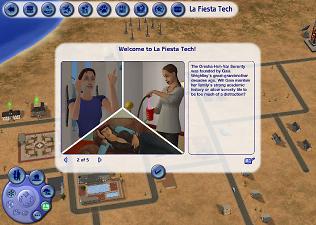 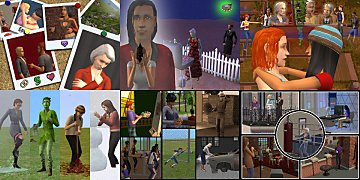 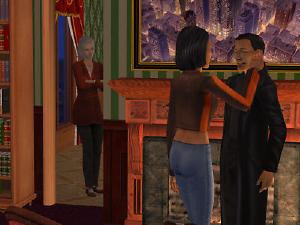 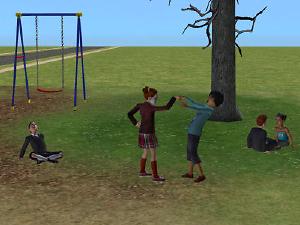 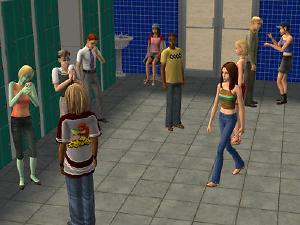 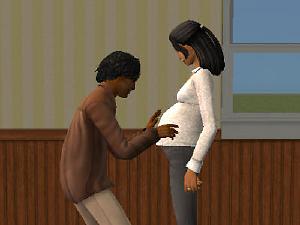 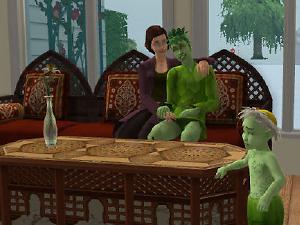 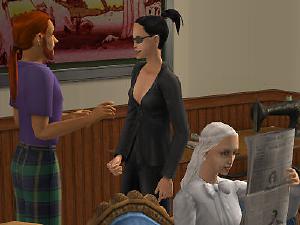 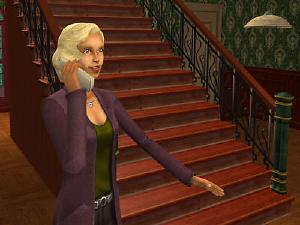 323 Thanks  Thanks     149 Favourited
Way back in June 2012, the Maxis Taste livejournal community had their Gender Bender dare. I found it very enjoyable, and as genderswapping the sims turned out to be easier than I expected, I decided to go and make an entire genderswapped uberhood, using Tarlia's clean templates.

Of course, the whole thing spiralled out of control. Genderswapping a few characters for a dare was a lot less work than genderswapping every single playable. Then I had to fiddle with pregnancy code for the Ottomas and Patel families. Then I decided everyone needed makeovers. And then I thought I'd try adding character data to the dead sims, because that had stopped me from originally genderswapping Hero Monty and Oliver Specter's dead spouses. And then I decided to recreate all the storytelling images. And that's what's dragged this project on for so long. There's a lot of images and they ranged in difficulty from sims needing no changes, hugging in their hallway, to images of aged down sims, dead parents, random townies, all doing unknown animations on lots that don't exist and I wound up putting the whole thing aside for a few months. But when the Gender Bender and Bodyshapes theme was announced as the monthly theme over on Garden of Shadows, it was the push I needed to finish the damn thing.

When it comes to pregnancy, Brandon Broke and Pascal Curious are still pregnant. Brandon Broke has received a grant of $1000 for his contribution to medical research. Pascal is the victim of very careless aliens. Petra Ottomas and Reena Patel are expecting babies with their husbands.

The Belladonna Cove apartment residents are in the family bin; this was done when Belladonna Cove was turned into a subhood and I figured I'd let you all move them back in. The University bin students are also still in the bins, again, I thought you might like to move them into housing of your choice.

Many Pleasantview, Strangetown and Veronaville sims have been given more appropriate hobbies and lifetime wants. If a sim's blurb says they like pottery, then they'll bloody well like pottery. If they like animals and they're a popularity sim, they'll probably want 20 animal BFFs. Please be warned, some elders have job-related lifetime wants which won't be possible to achieve unless you have the noagediscrimination hack from MATY, which I fully recommend you get because elders were robbed when it comes to jobs, meaning romance elders were doomed to be skirt-chasers and knowledge elders had no desire other than to max all skills.

So, the important stuff. The uberhood uses Tarlia's Viper Canyon as a base hood and all the other neighbourhoods as shopping districts. Tarlia has given her permission for this, and full credit goes to her for creating Viper Canyon and the subhoods and also for fixing a huge amount of premade borkiness.

Installation instructions: Download all the files. ALL OF THEM. (Except the John Stacks template, which was only necessary for players who downloaded this hood before October 2014). The uberhood is 351MB and MTS has a 50MB file limit, so it has been split into several pieces, all of which are required. Remove the MTS_sushigal007_(numbers) from their names and you should be left with GSUberhood-N021.part1.rar and GSUberhood-N021.part2.rar and so forth. Unrar them together, to do this, highlight all the files together and open them at the same time in WinRar. Then place the resulting folder into your Neighborhoods folder. You can then unzip the N021 folder, which you will need to place in your \Documents\EA Games\The Sims 2\Neighborhoods\ folder. It should show up in the neighbourhood selection screen when you next run the game. If it doesn't, try deleting the neighborhoodmanager.package file. If it still doesn't show up, make sure you haven't put it in a subfolder, something I have accidentally done more times than I care to remember. If you already have an N021, you will need to either remove it while you play this hood or use a batch file renamer to rename all the files.

CC required: None. Nothing. Not a single thing. Everybody is CC free.

And finally, I make no guarantee that this hood is free from corruption! When I was working on another version of this hood, memories started vanishing and I wound up with a bunch of children with lifetime wants. I ended up going back to an old backup from last year and while I'm pretty sure I know what caused the trouble and have avoided it this time, I cannot be 100% certain. Also, while I have added back character data to sims who were missing it, I can't promise you they're totally safe to play with. I didn't see any immediate problems when I was resurrecting them all over the place for pictures, but then I didn't actually play in depth with them, so resurrection is at your own risk.

Please, please, PLEASE let me know if you discover any problems. I've been poking around in this thing for a while and fixed a few problems like severed heads and broken faces, but I have no idea if I caught everything. I have used HoodChecker on this hood; there were a lot of Incorrect Subject Instances, but this is apparently a known bug that occurs when adding a subhood and after telling HoodChecker to fix them, I got a clean report. Also, I know that there are five Unknowns in the Sim Browser, but I've searched the GUIDs and they refer to the NPC Penguin, Bird, Skunkskin, Robot and Remote Control Car, so they should be fine.

Credits: Tarlia, for Viper Canyon and for creating the original subhoods.
Mootilda, for the subhood selection screen mod that made it possible to actually add more than one shopping district, and also for the very useful HoodChecker.

20/04/14 Edit: Fixed a typo in the Baldwin family bio where Carla Contender was incorrectly referred to as an uncle instead of an aunt. If you've downloaded previously, it's easy enough to edit in-game.

07/06/14 Edit: Just read a report that the Super Duper Hug bug has shown up for some users. I'm afraid I don't know what caused it, but it can be fixed by installing BO's No Sim Loaded mod. Also fixed an issue where Davina Newson was set as male. Instructions for fixing it in versions installed before this date can be found in comment 41.

05/10/14 Edit: Discovered I'd made a terrible mistake when applying makeovers via Alt Sim Surgery and had accidentally given John Stacks the appearance of Josephine Ruben. Plus I hadn't changed his gender. The new edit has fixed this, but if you previously downloaded, you'll need to change John's character data using the instructions in comment 52 and then change his appearance using the John Stack package included in the attachments and Alt Sim Surgery. I'm terribly sorry.

05/01/15 Edit: Fixed a small issue where Marcie Baldwin was set as male. Instructions for fixing this in versions installed before this date are the same as they were for fixing Davine Newson and can be found in comment 41.