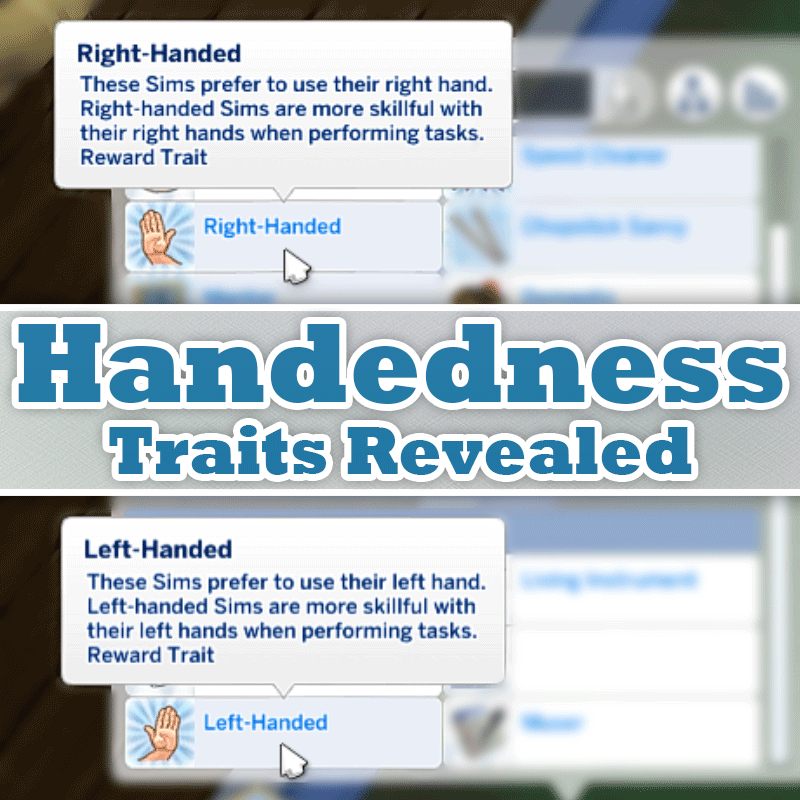 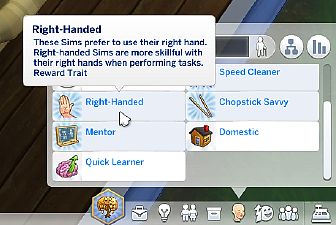 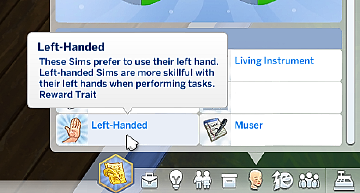 Note: These don't affect the chance of your sim being right-handed or left-handed, it simply makes the traits visible in your sim's Simology panel as shown below.

Note: It also doesn't make the traits available in Create a Sim. You still need a cheat or a different mod to change your Sim's dominant hand.

Back again with another little mod.

This time I decided to make the Left-Handed and Right-Handed traits visible in the Simology panel. I thought it would be an interesting thing to know about my sims and thought I would share. 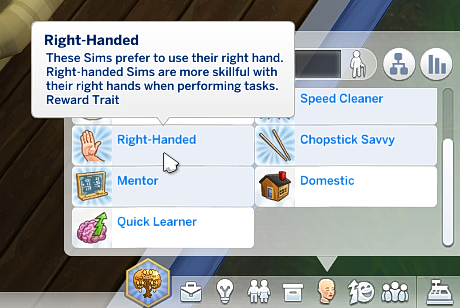 I also resized the original icon, because the image that was being used was too big and it caused some pixelation on the icon. I even flipped the icon so that the Left-Handed trait would have, well, a left hand to represent it. 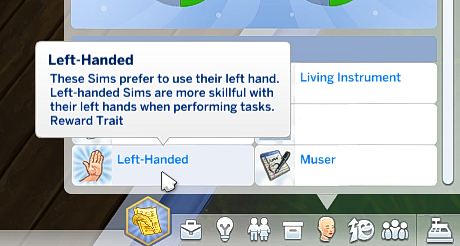 There are three versions to choose from:

The Right-Handed Only version is kind of useless, because most of your sims are right-handed. I made it anyway, because I figured, what the heck, maybe it'll be of some use to someone out there.

There shouldn't be any conflicts unless you have a mod that overrides these particular resources.


Only choose one of the three versions!