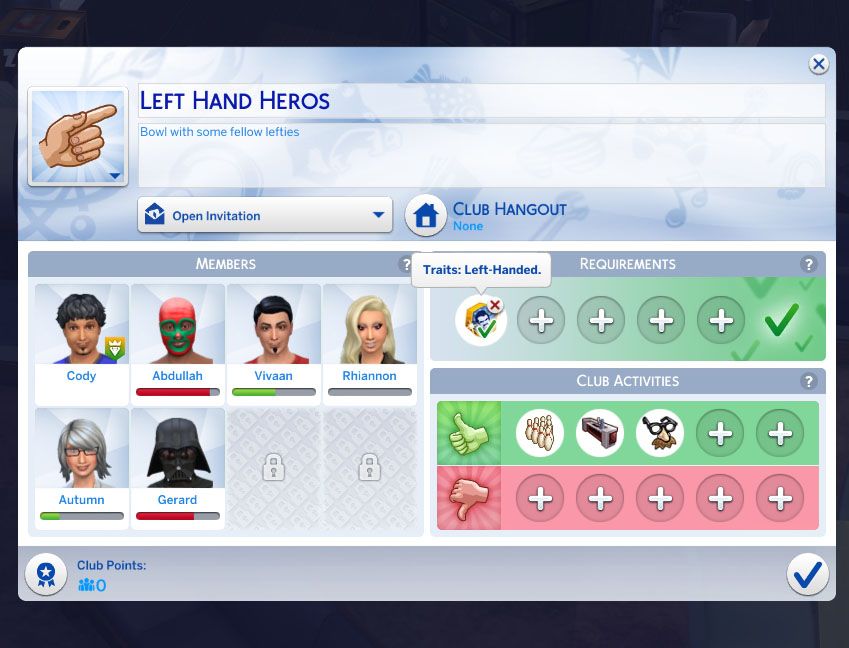 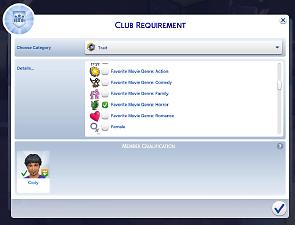 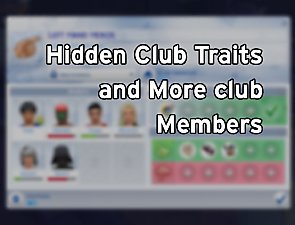 Fixed to include missing items from Get Famous

Sims have quite a few hidden traits behind the scenes, many that are as permanent as personality traits.

This mod activates several of those hidden traits to be used when designing Clubs. In addition, you are now able to add up to 20 club members when unlocking the 8th member slot with club reward points!

Obviously this requires Get Together for the clubs. This was built with Cats & Dogs so it may not work for other versions, but you can try.

The added traits are as follows:
note: some traits like Political Positions are assigned when a Sim in the political career interacts with other sims. They can easily change and may disqualify club members.

This mod overrides several resources in order to display various traits:
Any mod which uses the same resources will conflict

Need more information?
Back to download view
15 Comments / Replies (Who?)