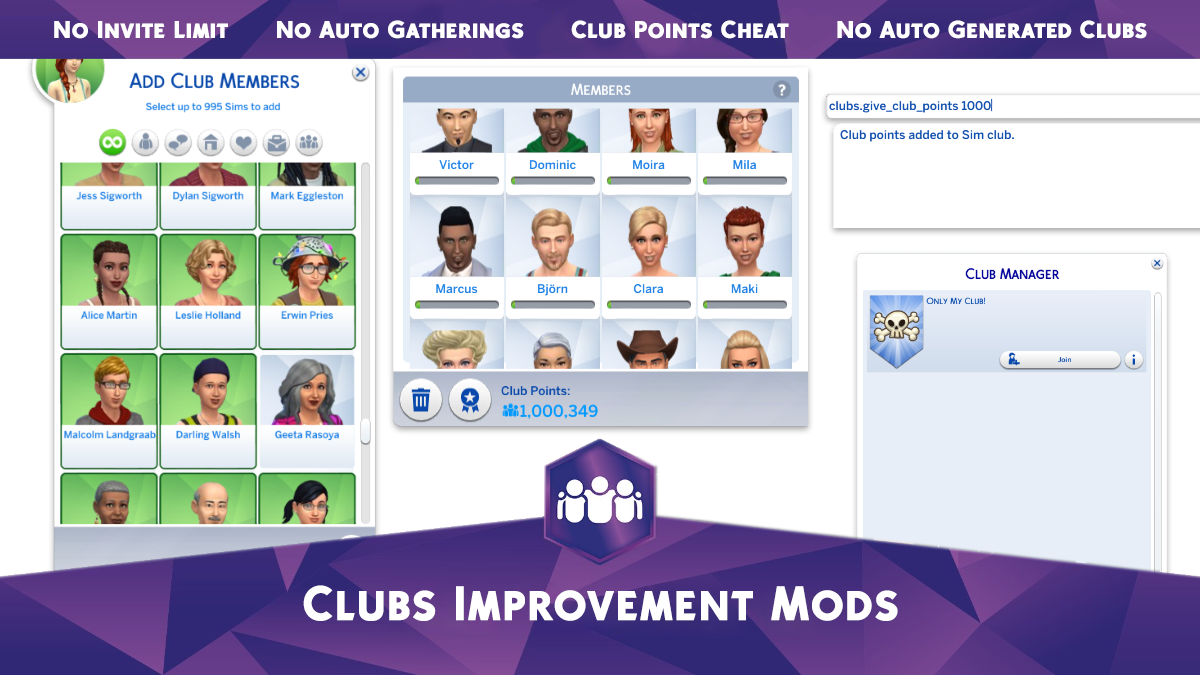 Created by TURBODRIVER
View all Downloads
Uploaded: 18th Apr 2019 at 4:23 PM
Updated: 8th Aug 2019 at 9:45 PM
Clubs Improvement Mods is a set of error-safe and conflict-safe scripts that change the behavior of the clubs from the Get Together expansion pack. Pick and choose which ones you want to use, downloading them all is not required.

Every Club Improvement Mod is a TS4SCRIPT file. You are required to place them directly in the Mods folder or one folder deep, otherwise they will not function!

Warning! Inviting too many Sims to a club will severely affect your game performance. It's advised to not have more than 20 members in one club.


These mods are safe from causing lastException errors and do not conflict with other tuning mods that affect clubs functionality.
It's unlikely these mods will become broken from game patches unless the changes in the game patches directly involve the functionality of the mods.
Other Information