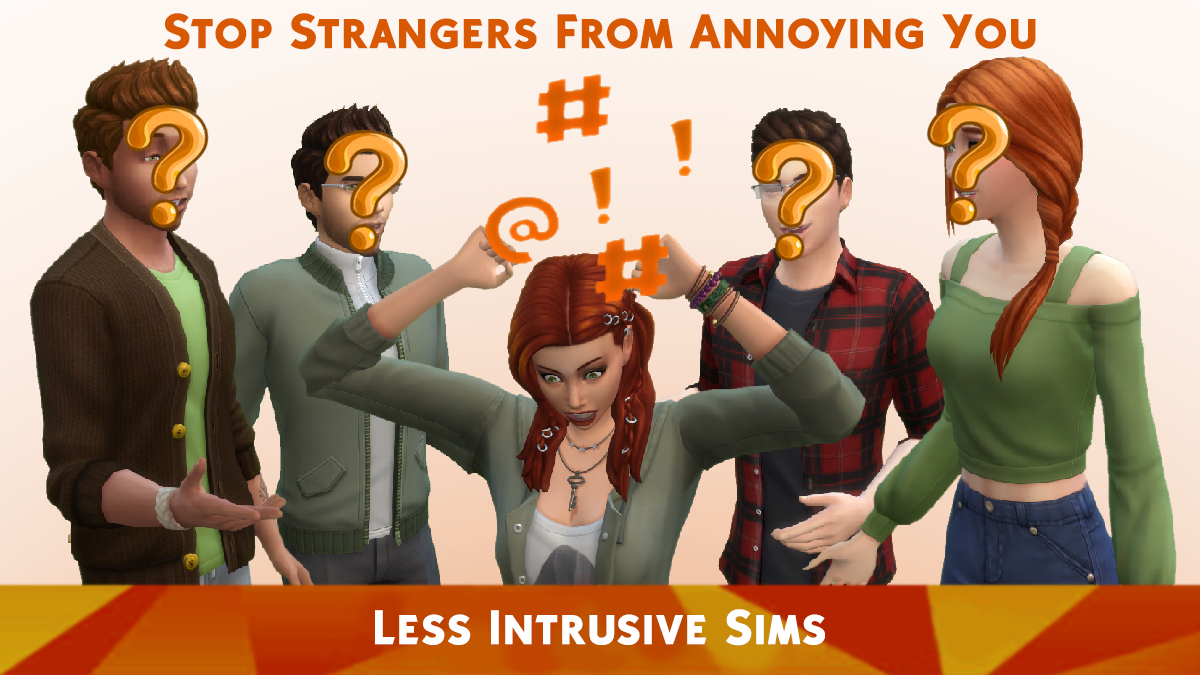 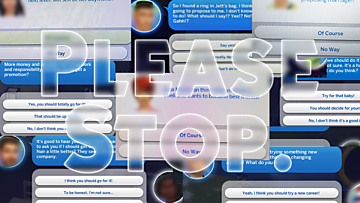 6,925 Downloads 208 Thanks  Thanks 63 Favourited 13,638 Views
This download has been published by the creator but not yet checked by staff.

Created by TURBODRIVER
View all Downloads
Uploaded: 15th Nov 2022 at 2:09 PM
Updated: 21st Nov 2022 at 1:56 PM
Are you tired of complete strangers barging into your conversations? Annoyed by nobodies asking you if they should hang out with someone you don't even know? Baffled by new acquaintances asking if they can be your best friend? I recommend getting the Less Intrusive Sims mod.

Previously known as Less Intrusive Conversations, the Less Intrusive Sims mod is a refresh of that previous mod with some additions. If you have it installed, you are required to remove the LessIntrusiveConversations mod before installing this one.

Updates:
The Less Intrusive Sims Mod is a TS4SCRIPT file. You are required to place it directly in the Mods folder or one folder deep, otherwise it will not function!

It's possible this mod can become broken from game patches. If Sims in your game fail to begin conversations autonomously, remove it.