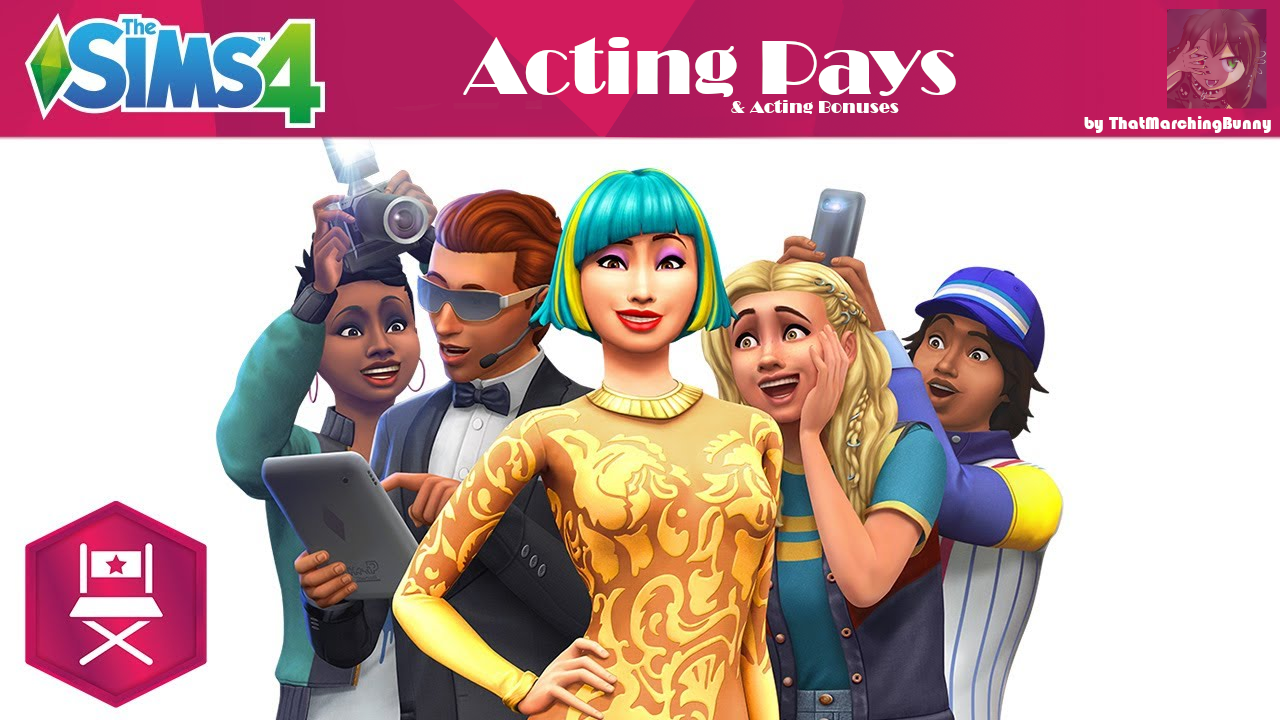 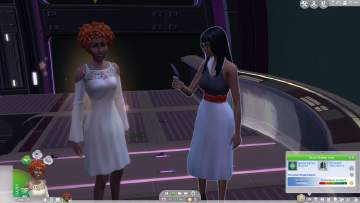 Mod Description
This is my first mod here. It increases how much you earn in the acting career. It is based on career and fame levels. The higher you are in your career and the more famous you get, the more you earn. I also altered the median pay text in hopes it gives a more accurate median of what you can expect to make with this mod.
I have also included an optional file to allow you to increase the bonus amount you get when you are promoted. I felt this was necessary as the bonuses seemed pretty puny otherwise

Here is an example of what you can expect to earn for commercial gigs using this mod. These numbers are theoretical and based on getting gold and doing all the prep, meaning I have yet to fully confirm them. It's hard to get a 100% accurate number as it varies.

This is a chart to help you decide which package to use if you decide to include the Acting Bonuses addon.

You can view the rest of the charts for TV and movies under images.


The Nitty-Gritty:
This mod removes and changes a lot of the values in the Career Event Tuning for gigs. To give an example of what is changed and how, I will use the Pirate Commercial gig file values.
Each medal you earn at the gig has a base value attached to it. For example, Gold is 1, Silver is 0.75. and Bronze is 0.5. There is also a tin medal and to be honest, I didn't know you could get Tin. I assume it's failure because it's base value is 0. I did not change any of these base values, but what I did change was the multipliers under these values.

I removed all of them besides the Easy Street perk values. I then added 14 new multipliers per medal. Effectively, that is 42 new values in each tuning file.
I didn't use any sort of major complicated math to figure out what to change these values to. I was planning on it, and was looking into how much actors typically make for commercials, TV and Movies. I realized it simply wouldn't work well trying to make it based on real world values. It's pretty crazy how much they can make, but at the same time they spend months recording, sometimes longer. While in the Sims 4, a single recording is the entire gig.

So I just opted to do x25, but I split that between your fame level, and career level. So Career level 1 you just earn the base amount. Level 2 you earn 1.4. Level 3 you earn 1.84. Level 4, 2.3 ... etc. You can see these values represented by the amount you earn in the charts under images (You can also see the original values in those charts which are under Career 1, Fame 0. I didn't call them original because they are still in the game technically unchanged, you just get more past the originals as you progress.) This continues all the way to level 10 where you are now earning 5x the amount you normally would be. After that I added multipliers for fame level in the same manner. Splitting it between the 5 levels. So when you reach both career level 10 and level 5 fame, let's say you originally would get 500 simoleons, that would be x5 which would be 2,500, and then x5 again 12,500.

Known Issues:
When you call and pick a gig, how much you get shows the default vanilla numbers. I am actually unsure how to alter this as there are two XML files that control how much you earn and for some reason the one that controls multipliers doesn't get added to that number. For example the easy street perk even though it gives 2x pay, it also doesn't show up in the gigs list. This is one of the reasons I altered the median pay text in hopes that it's enough. But I am willing to go back and edit things if I find some other way to do this or if someone else does.


Download the main file, and if you want to use the optional Acting Bonuses addon, then download it and choose only one of the packages from the archive.