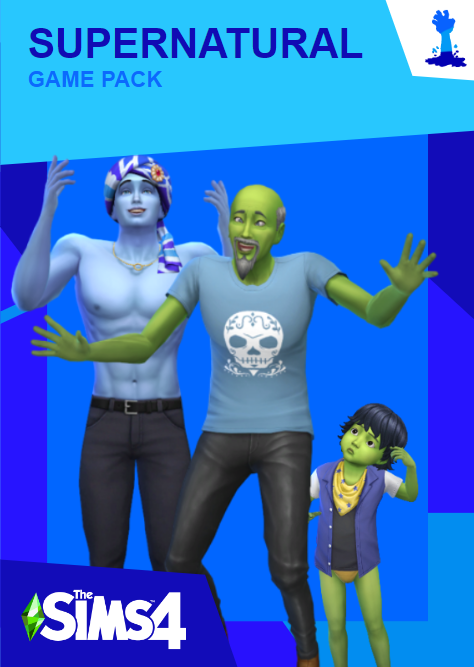 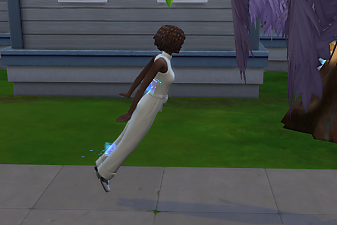 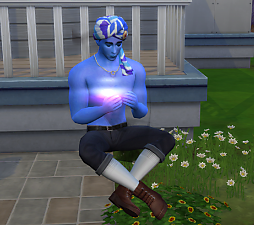 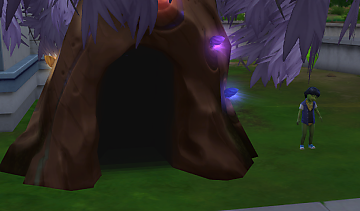 Zombies are the first new life state and the most delusional.

How To Become A Zombie:

The Zombie trait is also available for old sims.

The interactions exclusive to zombies include, "Chat About Brains”, “Confess Love For Brains”, and “Pretend To Attack”.

Zombies have a green skin colour and have blank eyes (the eyes are a bit broken and may not appear), their voices will also be lower.

Zombies will walk slouched over and their hygiene decays 50% more compared to a regular sim. They also will lose more social points when an interaction fails, will be 2x more angry then normal, mental skills will take longer to learn, they never age and are always dazed.

Genies are the second new life state, they are great for wishes!

How To Become A Genie:

A Sim can become a genie by completing the new wish hunter aspiration.

The genie trait is also available in cas.

A Genie has blue skin and a deeper voice than regular sims. A genie beard is also a new cas item but is optional.

Your sims can select certain wishes on genies, this is the list of wishes:

Wish For World Peace: Your sim will be able to talk about world peace to other sims.

Wish For Love: The sim that wanted the wish will get a buff for a couple days that lets them gain a lot more romantic relationship points when doing romantic interactions with other sims. Wish For Long Life: Your sim will no longer age.

Wish For Happiness: The sim that wished for happiness will have a happy buff that last for a day or more.

*Genies Were Also Included In My Previous Mod*

Fairies are the last life state included in this mod.

How Do You Become A Fairy:

Fairies can only be made in cas by being selected in the traits menu.

Fairies have the same appearance as normal sims but use the servo flying animation for walking (Discovery University is required for the animation), their voices are also higher pitched.

Fairies gain the charisma and gardening skill 30 percent quicker then regular. Fairies gardening skill make better produce then the current level, example level one would be threated as level three.

Toddler plantsims are a new type of plantsims included in this mod.

How To Become A Plantsim Toddler

A Plantsim Toddler can become a plantsim by using the interaction “Talk To Strange Fruit” on a magic plant sim tree.

Plantsim toddlers don’t have the bladder need due to it being replaced with water.

That is currently all in the mod, have a good day/night!
Files Need help with downloading or installing content? Click here!