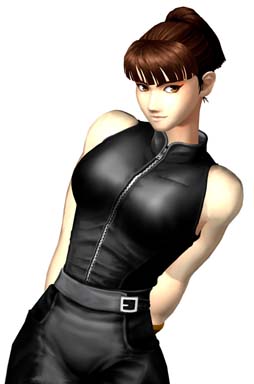 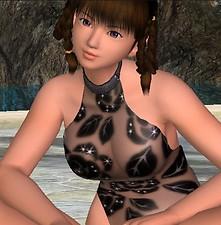 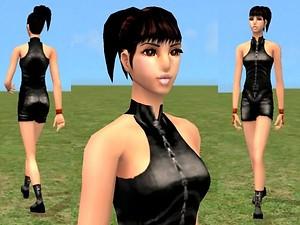 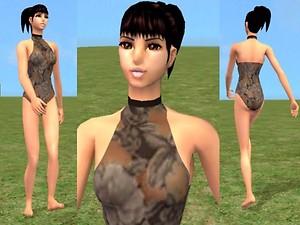 149 Thanks  Thanks     6 Favourited
By the request of silveythesim I bring to you Lei Fang from Dead or Alive series. Lots of repect for ya'll Lei Fang users out there, no matter which game she's in, she's aways been a difficult character to use. But hay, since she's my homie; compliments to her for being so complex

Unlike Tina, even though Lei Fang comes from a rich family she's still a positive and happy girl, if you watched Lei Fang in the intro of DoAX you'd understand what I mean :tooth:

I couldn't make her braids from her more recent design, so I made her original DoA costum, also I made a moddefied version of a swimwear called Emu. The original was nice, but I don't know how to make glitters :blah: Hopefully one of these days some hair mesh'll show up to solve this problem. For now, I used oO0Lola0Oo's "Up All Night". Great mesh, keep up the good work