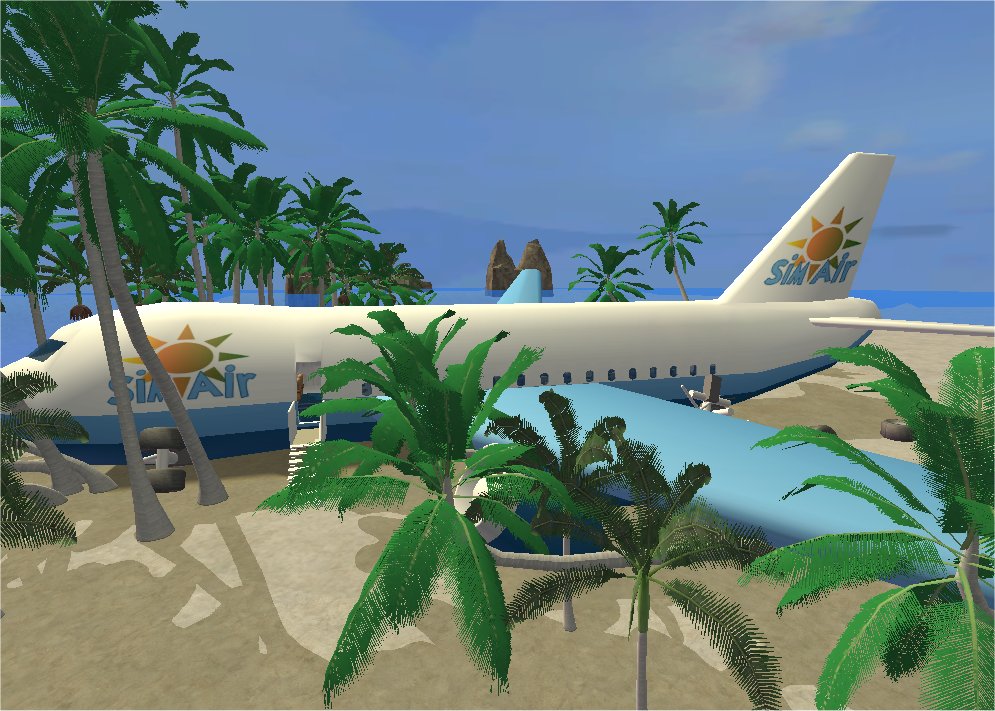 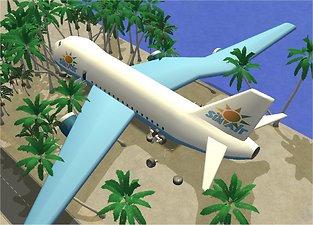 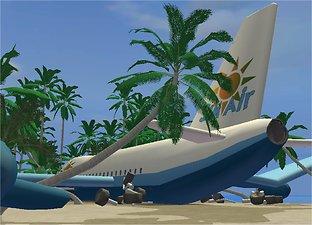 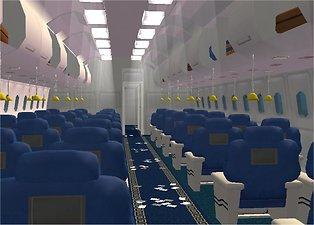 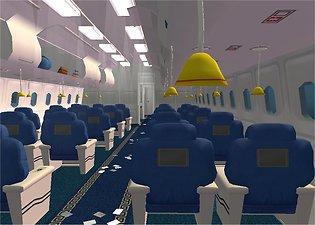 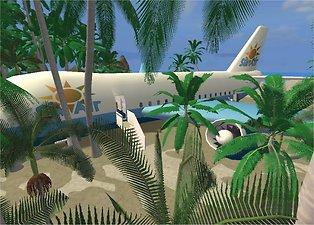 275 Thanks  Thanks     29 Favourited
Picked Upload! This is a picked upload! It showcases some of the best talent and creativity available on MTS and in the community.
Hi everyone. Today I bring you the crashed version of Flight 815.

I have to admit that don't watch Lost and I had to reserch on the net the crash of Lost flight 815 and I must say that there's no way someone could have survived after a mid air explosion. Because of that, I give you only a slightly damaged plane, that met it's fate on account of hasty landing on a tiny island after the pilot realised he forgot to fuel before take off.

For more realism and trashed look, I added some dangling oxygen masks and open luggage compartments. They can be used with the uncrashed plane too, if you like, for plane boarding scenes. Also, there's no burn spots on the plane, you can make them anywhere you like with the flame thrower or the camping fire. Just turn them on, place them on the spot you want burned, let it smoke a little then remove them.

All the objects on the lot are Base Game compatible, but the lot itself needs Seasons EP to run. For this reason, or if you want to recreate the lot elsewhere, I included the objects in a separate rar pack and I made a tutorial on how to build it. The collection file was updated to include everythink related to the planes, so if you have the uncrashed version you can allow it to overwrite.
Also, the footprint is not fixed, you can use an invisible fence to keep sims from walking into stuff they shouldn't be walking. Hope you like it. Enjoy!

:. For crew uniforms, please check out this thread by lemontour.


Custom comtent pictured but not included:

Additional Credits:
Many thanks to Echo for allowing cloning of her carpets which were used for making all the overhead compartments, oxygen mask, etc.