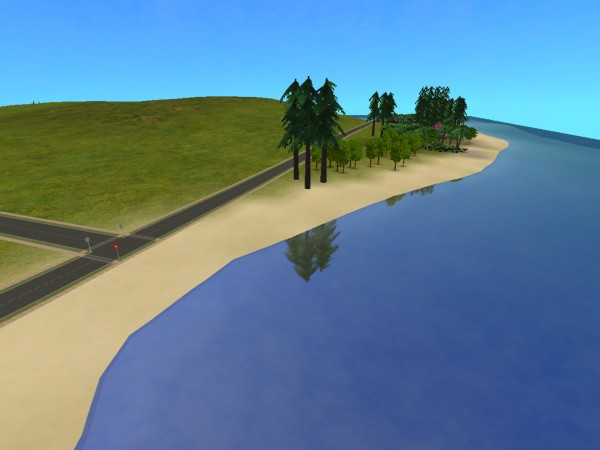 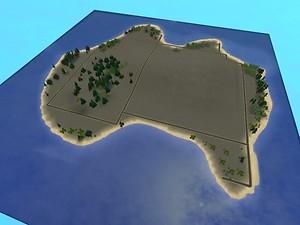 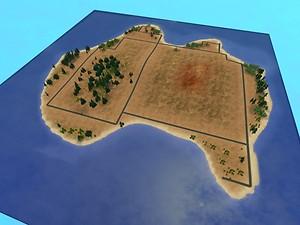 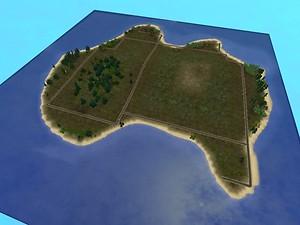 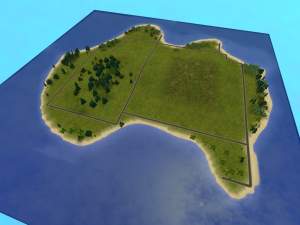 Sorry!! I can't believe I forgot Tasmania! Well I am no longer working on this SC4 neighborhood so it won't be added - 21st March '08

This is version 1.0 of Australia. Obviously you can tell the mistake at one glance of the picture. I happened to forget that when you import SC4 into The Sims 2 it flips (or mirrors) the neighbourhood. This was a big problem because now the East Coast is the West Coast.

Again this is version 1.0 of Australia, obviously there are hardly any roads and the Blue Mountains needs definite work. The Northern Territory also could do with a bit of work. Up the top by Darwin (left on this map) needs quite a bit of detail added to pass for a good neighbourhood.

This really isn't made for download as of yet, I guess if you just want an abstract neighbourhood then take this one. Its sort of going to be like a diary thing where I add things every version.

At the moment Australia (if you can even call it that) looks like a pile of sand thrown into the ocean, i'm going to get round to fixing that (hopefully.)

For this neighbourhood it is STRONGLY recomended that you have it in your game.

If you do not want to get GunMod's camera hack which alters several of the games cameras you can try some of these ones:

My role here on Mod the Sims 2 is to help make The Sims 2 an even more enjoyable game just like everyone else on here!