"The Dark Knight" - The Joker (Face Paint and Hair) 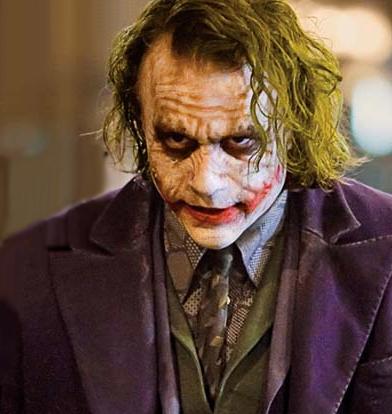 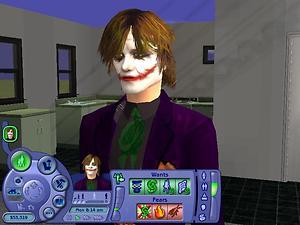 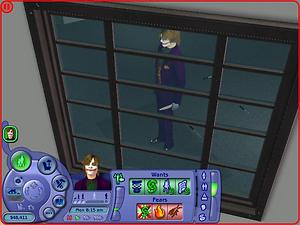 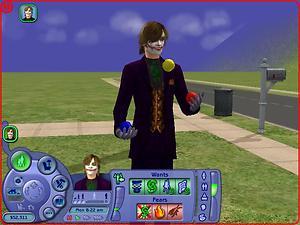 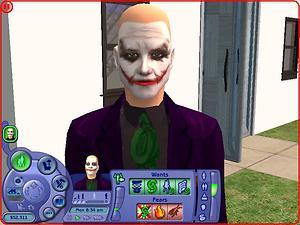 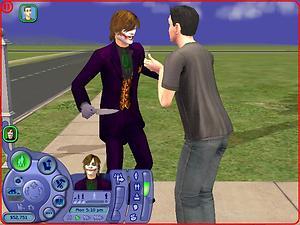 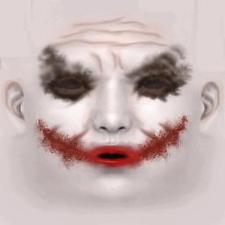 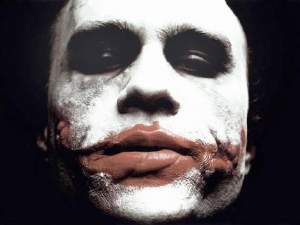 After seeing "The Dark Knight" twice, I quickly became hooked on the late Heath Ledger's character, The Joker. I searched the internet, completely sure that I'd find tons of submissions of the Dark Knight version of this character. But, none!

So, naturally, I made one myself.

Ledger's portrayal of the psychotic Joker was honestly one of the most brilliant acting performances I've ever seen. Oscar, Oscar, Oscar!

I made the face paint and re-colored the game's messy hair mesh on Adobe Photoshop 6.0. This project took me about 3-4 hours to do (I kept messing up on the hair color). I'm not satisfied with the hair, mostly because it's not a good enough mesh. If anyone can find or make a more decent mesh, please let me know!

And you may have noticed the snazzy little knives in the screenshots. Credit to the knives goes to:
-Objects for Stories by DJ_Mur3
(The creations by other MTS2 users are only shown in the screenshots. They aren't included in the downloadable files.)

If you have the creepy urge to create Grandma Joker and Baby Joker, you may do so!:
http://img171.imageshack.us/img171/...rfamily2rr4.jpg
(Any other custom hair, clothes, etc. that you see in that screenshot are NOT by me)

This is how I made my Joker's personality:
-Neatness: 0
-Outgoing: 10
-Active: 5
-Playful: 10
-Nice: 0
Because a "Watch the World Burn" aspiration doesn't exist, I made his aspiration "Fortune."

Additional Credits:
-My Tribute to Heath Ledger by Vera Marina
-A New Outfit for Your Joker by Mimsy
-Objects for Stories by DJ_Mur3